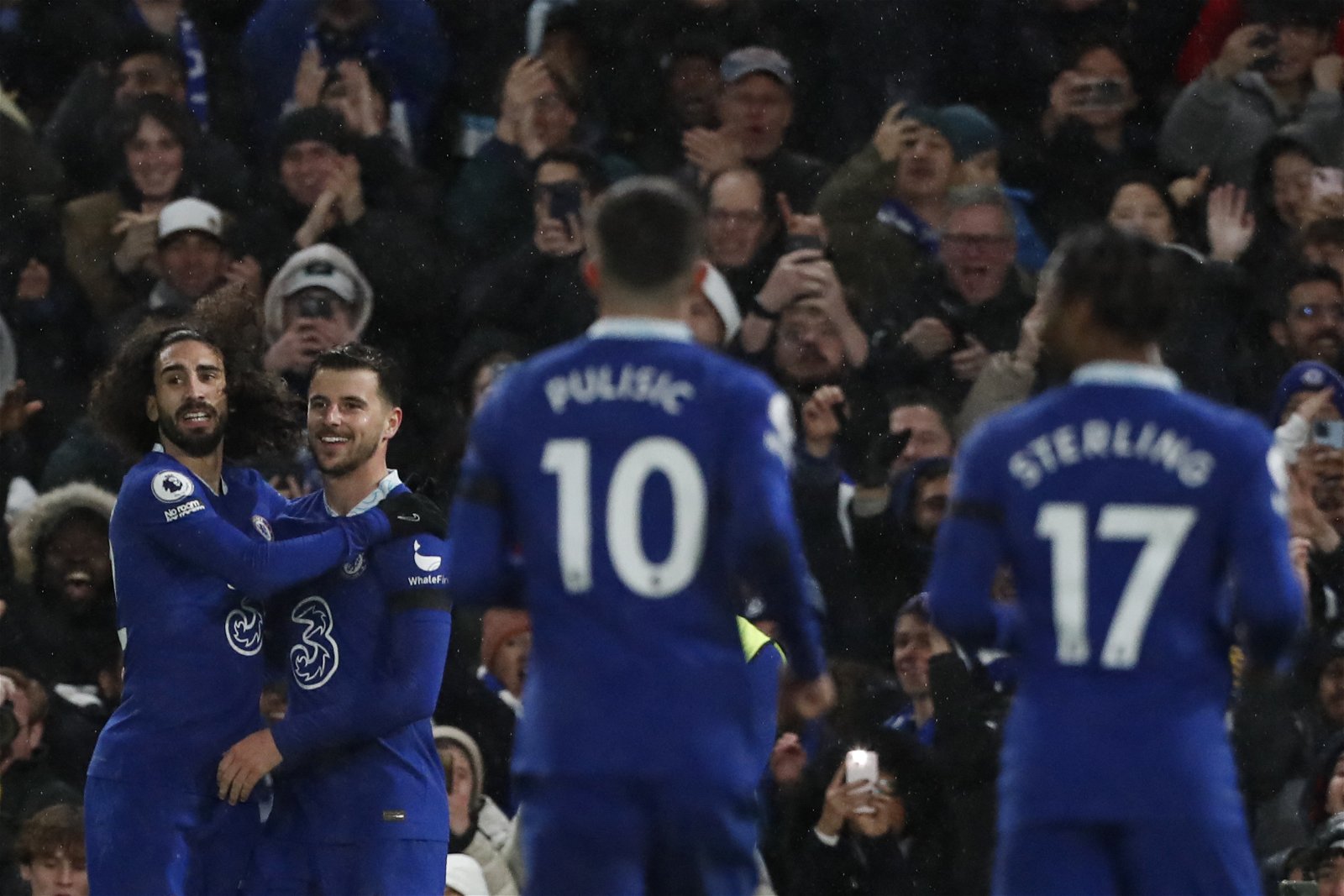 Goals from Kai Havertz and Mason Mount sealed a 2-0 win for Chelsea over AFC Bournemouth in the Premier League to end the club’s winless run of five games in the league.

Chelsea returned to league action versus newly-promoted Bournemouth, typically a ‘bogey team’ for the Blues – aiming to stop a rut of three consecutive league defeats, and without a win in all competitions since the 2-1 Champions League victory over Dinamo Zagreb in late October.

Graham Potter opted for a 4-2-3-1 tactical set-up – with seven of the World Cup participants involved in the starting XI, and Denis Zakaria making his Premier League debut in midfield.

After a bright first-half start, Kai Havertz put Chelsea 1-0 ahead on the 16th minute with his fifth goal in all competitions so far – Mason Mount doubling the lead just seven minutes later with a fine finish from outside the box.

Chelsea were relatively cruising at half-time – recording 69 percent possession, as well as four shots on target, playing will fluidity and freedom across the pitch, stringing together some impressive attacking patterns of play.

Barring an unfortunate Reece James injury in the second-half, the Blues cruised to victory with relative ease – sitting eighth in the league table after seven wins from the first 15 games, with Sunday’s away trip to Nottingham Forest coming thick and fast.

Reece James returned to the starting XI for the first time since Chelsea’s visit to the San Siro in October, in which he was forced off with a knee injury just after the hour mark, subsequently missing the 2022 World Cup in Qatar. The right-back has been central to Chelsea’s good fortunes this season – scoring two and assisting a further two across all competitions, and contributing massively in both attack and defence. James represents a huge increase in quality at right-back to 33-year-old Cesar Azpilicueta, adding pace, directness, power and technical ability in abundance.

After a fairly quiet evening in defence, James was substituted just after half-time after signalling to the bench with a knock – potentially a recurrence of the knee injury sustained previously. Chelsea fans will hope the defender’s injury is only a minor hitch – the 23-year-old integral to the side as the Blues look to compete across multiple competitions for the remainder of the season.

After joining the Blues in the summer of 2020 for a fee of roughly £72 million, Havertz has flattered to deceive in his time in West London so far – scoring nine goals in his debut season at Chelsea, followed by 14 in all competitions last season (8 in the league), and just four in all competitions so far this campaign, attracting criticism for a perceived lack of consistency and finishing in front of goal.

Operating as a ‘false 9’ in a 4-3-3 / 4-2-3-1 setup, the German had a fine showing that oozed quality – opening the scoring with a well-taken goal, before teeing up Mason Mount on the edge of the box to make it 2-0. Havertz was also unlucky not to play an integral role in a third goal just before half-time, a dubious foul given against the forward before Christian Pulisic slotted home. Havertz can now look to kick on for the rest of the season, and hopefully hit double figures in goals for the second time in his Chelsea career.

With Chelsea light in midfield due to a combination of injuries and fatigue from the World Cup, Denis Zakaria, on loan from Juventus, was granted just his third start of the season in all competitions – after featuring in the 2-1 Champions League dead rubber win over Dinamo Zagreb in early November, and the 2-0 Carabao Cup defeat to Manchester City seven days later.

Zakaria kept things ticking in midfield alongside Jorginho, playing 88 percent of his attempted passes before being replaced by Conor Gallagher with 10 minutes left on the clock. With the likes of Mateo Kovacic and N’Golo Kante especially injury-prone, the Swiss midfielder could establish himself as a valuable member of the squad for the rest of the season, if he is able to consistently replicate this form.

4) Clean sheet hopefully the foundation for a more resolute defence

After Thomas Tuchel centred his Chelsea side on a strong defence foundation and frequent clean sheets, the Blues have let this mantra slip in recent months; keeping just four clean sheets in the opening 16 league games, and two in six Champions League group stage games. With a run of upcoming fixtures including Nottingham Forest, Fulham and Crystal Palace before the end of January, keeping the defence secure and strong will be key to picking up as many points as possible in the league over the coming weeks.

Another clean sheet is also great for Kepa in goal – the Spaniard not conceding in four of his last seven league appearances, as he regains his form and confidence following a world-record transfer in summer of 2018.

5) Future is bright – evidenced by the Chelsea bench

Hutchinson in particular is highly-rated in West London – putting up nine goals and assists in 12 U21 appearances so far this season, and gaining praise from teammates for a superb performance against Aston Villa in a friendly in the UAE during the World Cup break. With the likes of Gabriel Slonina, Cesare Casadei and Charlie Webster also in the ranks, and 18-year-old midfield Andrey Santos reportedly soon to join, it is clear the new ownership under Todd Boehly are keen to develop a long-term sporting plan involving talented youth prospects across the pitch – both from the academy at Cobham, as well as players recruited globally.