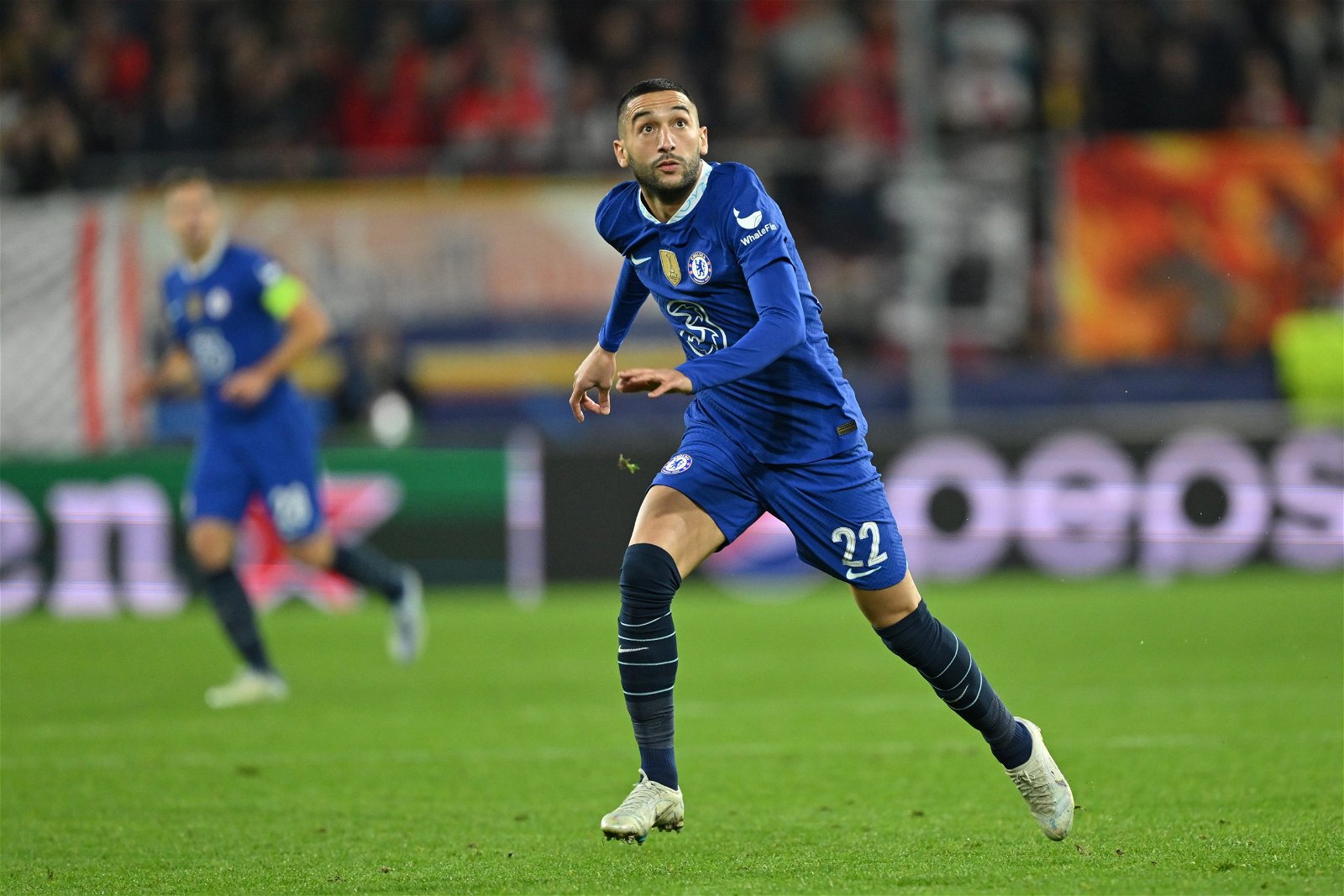 AC Milan are ready to make their first move to try to sign Chelsea winger Hakim Ziyech in the January transfer window, according to reports.

Ziyech has been the subject of long-term interest from the Rossoneri, including in the summer, but a transfer has failed to materialise.

The 29-year-old is an outcast at Chelsea, he has been all of this season, despite Graham Potter succeeding Thomas Tuchel back in September.

Ziyech has only made nine appearances in all competitions this term, failing to provide a goal contribution in any, and his future at Stamford Bridge continues to remain unclear.

The January window is fast approaching and his performances for Morocco at the World Cup in Qatar will certainly have attracted clubs, including AC Milan who have continued to monitor the winger’s progress.

Now as per reports in Italy from Gazzetta dello Sport, Milan are ready to make their opening offer for Ziyech.

They want to sign the Chelsea star on loan until the end of the season and then have the option to make the deal permanent next summer for €15 million.

Ziyech would be required to take a pay cut at the San Siro should he want to make the move in the winter market.

While at the World Cup with Morocco, Ziyech was asked about his future including if he would return to the Eredivisie.

Christopher Nkunku to Chelsea latest: RB Leipzig confirm ‘something is looming’ ahead of £52.7m proposed transfer