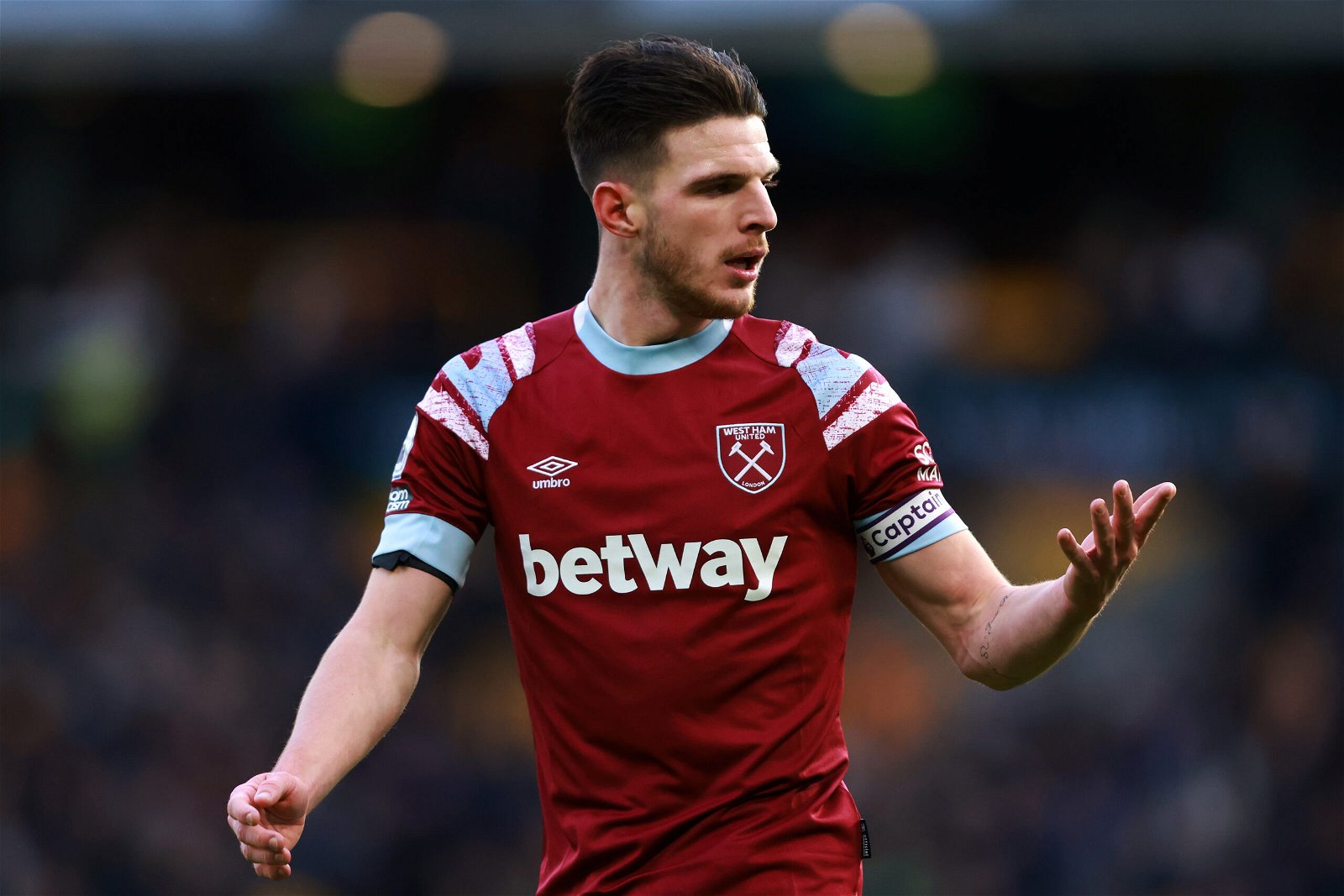 Arsenal have made a major decision on West Ham United midfielder Declan Rice that has sent Chelsea a massive summer transfer warning, according to reports.

The 24-year-old has been linked with moves away from the Hammers the past few seasons, and while Chelsea have been leading the race, Arsenal may look to acquire the England international.

Rice made the move from west London to east London in 2014, after being released by the Blues he joined the West Ham academy.

It did not take long for him to breakthrough into the first-team, in 2017 he made his debut and has become a pivotal figure in David Moyes’ side, taking on the role of Captain.

Unfortunately, this has been a difficult season for the Hammers, while they have shown good form in the UEFA Europa Conference League, topping their group with ease, in the Premier League they are all the way down in 18th place.

They have accumulated just 15 points this campaign, tied at the bottom of the league with Southampton and Everton but ahead on goal difference.

While he would not be able to play at that level with West Ham anytime soon given their recent form, it has also handed Chelsea a setback.

Currently the Blues sit in 10th place in the league, and despite picking up a win against Crystal Palace on Sunday, they have a massive task on their hands to reach the top four spots.

Instead, Rice may opt to complete a move to Arsenal or even Manchester United or Manchester City who all currently occupy places in the top four.

Mikel Arteta’s side look as though they could be the ones to seal a transfer, as according to The Times, the Gunners have made Rice their number one target in the summer.

They are confident of beating Chelsea to the signing and are perhaps looking for some quickfire revenge after the manner in which the Blues swooped in to steal Mykhailo Mudryk from under their noses.

Rice is set to be available for between £70-100 million this summer with the midfielder’s contract running down at the London Stadium.