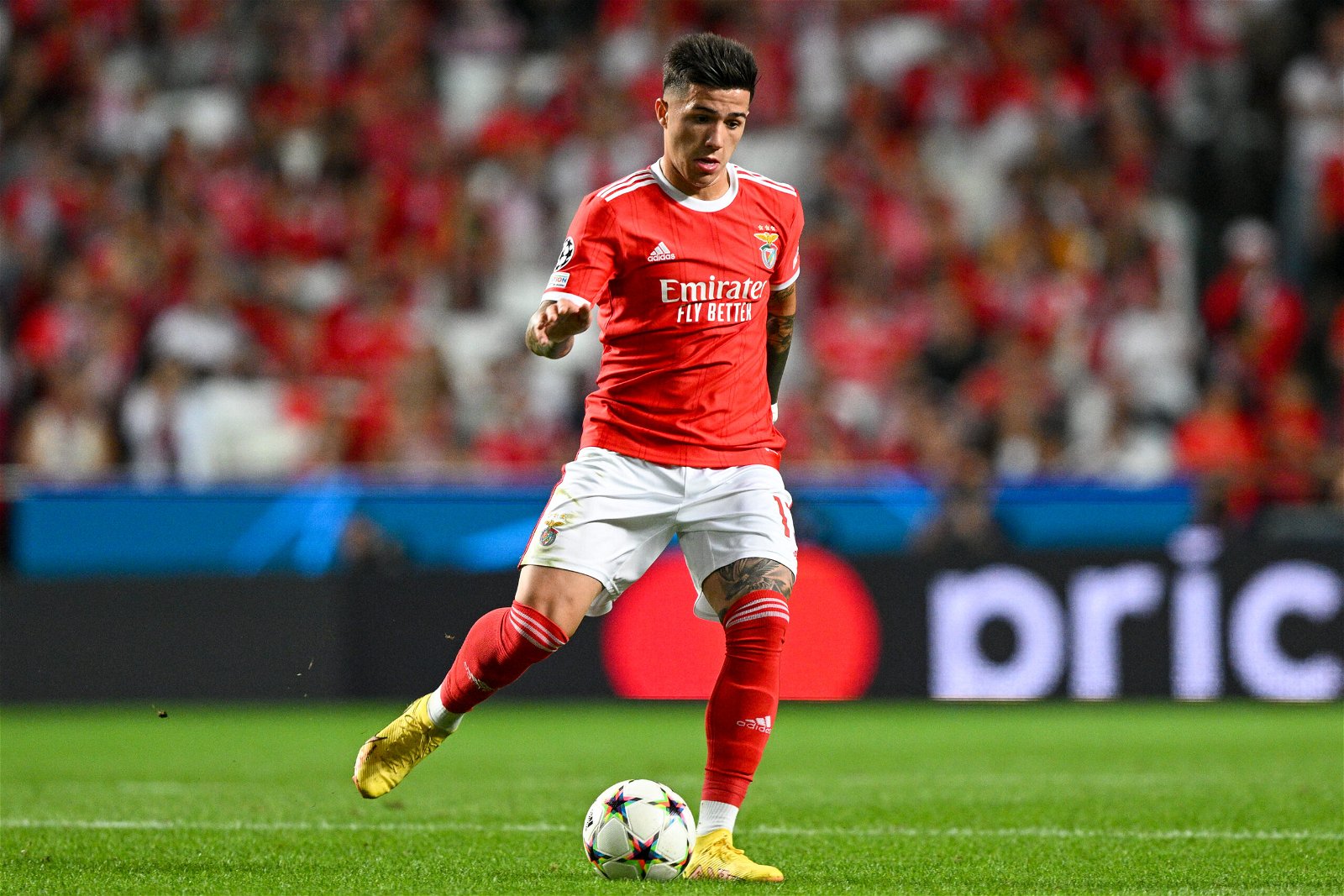 Benfica president Rui Costa has told Chelsea there is only one way they will be able to sign World Cup winner Enzo Fernandez next month.

The 21-year-old’s stock has never been higher following a breakout World Cup which saw Argentina come out winners in Qatar earlier this month.

Fernandez is one of many who have caught the eye of European clubs and could be in line for a blockbuster January transfer. He only only made the move to Portugal from River Plate in the summer for €12 million.

Chelsea are looking to add to their midfield and Fernandez has emerged as a top target with co-owners Todd Boehly and Behdad Eghbali looking to splash the cash on the squad to give head coach Graham Potter the best chance of succeeding in the Premier League, Champions League and FA Cup this season.

Fernandez, who was in talks with Benfica on Wednesday evening as they tried to convince him to stay until the end of the season, has been the subject of interest from the Blues, Manchester United and Liverpool.

But Chelsea have told Benfica they are willing to trigger his release clause of £105 million/€120 million next month.

It would require Chelsea to pay the money upfront which could put the new owners off such a deal as they’d no doubt prefer to spread the cost over the length of Fernandez’s contract should he move to Stamford Bridge.

Now their president Rui Costa has told Chelsea they will have to trigger the release clause, and nothing else, if they want to acquire the Argentina in January.

Speaking to DAZN, Costa said: “We would not like to sell Enzo Fernandez in January, but we are willing to satisfy the boy in the event of an offer of €120 million.”

Fernandez has already spoken out on his future and transfer speculation in recent days, saying: “I don’t know anything about that. It’s up to my agent, I don’t want to get involved.

“I’m focused on Benfica, in a few days we have an important game. I have a flight at night to play in the game on Friday (against Braga).”

Chelsea have already confirmed their first January signing, with David Datro Fofana joining the club on January 1 from Molde in a €12 million deal.