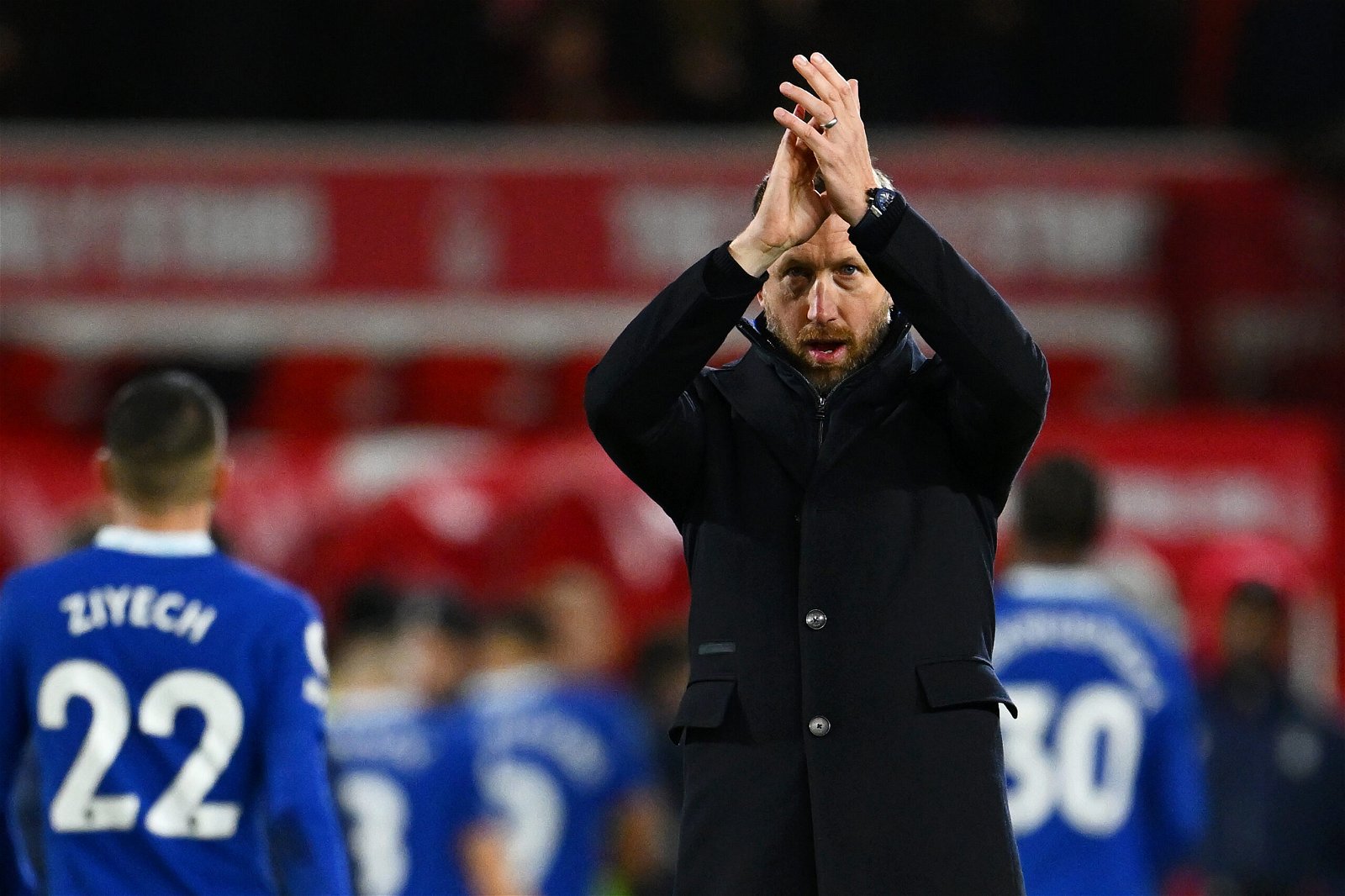 Graham Potter has been handed fresh support from the Chelsea owners after their Premier League top four hopes were severely hit following another defeat.

Chelsea suffered a fourth defeat in eight games on Thursday night after Manchester City claimed a 1-0 victory at Stamford Bridge, courtesy of a 63rd minute goal from substitute Riyad Mahrez.

It’s now just one win from their last eight league games which has seen them slip to 10th place and ten points behind Manchester United in fourth.

Potter accepts the results haven’t been good enough but isn’t focusing on what the end of the season may bring, including no Champions League football for next season.

“I think given the situation we’re in, to think about what is going to happen in five months’ time is the wrong path for us,” responded the Chelsea head coach about top four still being a realistic goal.

Potter arrived in September from Brighton & Hove Albion, replacing Thomas Tuchel, and was given immediate assurances that a top four finish was no a dealbreaker over his job security this summer.

After a 10-game unbeaten start, results have dwindled and he held talks with co-owner Behdad Eghbali in California during the World Cup. But those discussions left Potter feeling even more confident about his position at the club.

He signed a five-year contract at Chelsea, the intent is there for Potter to lead the new era as they transition. Periods of time are going to be tough but the 47-year-old is ready to be here for the next weeks, months and years.

The World Cup break gave everyone a chance to pause, reset, recover and reflect after three straight defeats. It looked to have worked after their 2-0 win over AFC Bournemouth on December 27, but since the turn of the New Year they’ve collected just one point from a possible four.

Injuries have hit the side massively. It’s beyond bad luck now for the Blues who have lost countless key players throughout the season. Edouard Mendy, Reece James, Wesley Fofana, Ben Chilwell, N’Golo Kante, Ruben Loftus-Cheek and Armando Broja were all already out, with Mason Mount, Raheem Sterling and Christian Pulisic picking up injuries this week to add to the problems.

The injury situation has been taken into account by the owners as they assess Potter’s position, but their stance hasn’t changed, not one bit.

Matt Law of The Telegraph has stated Potter is ‘still viewed as the man to handle this period of transition and put the club back on the right path’ despite the chances of a Champions League qualification finish via the Premier League dwindling at a rapid rate.

Todd Boehly and Co believe the club’s luck will change and have listed the injury crisis as a factor as to why form and results have suffered in recent weeks and months.

Ten senior stars are now out injured but Potter is ready to get on with it because that’s all he can do. However, he has the support of the club so the pressure is slightly off and full focus can be put on getting Chelsea back on the winning trail.