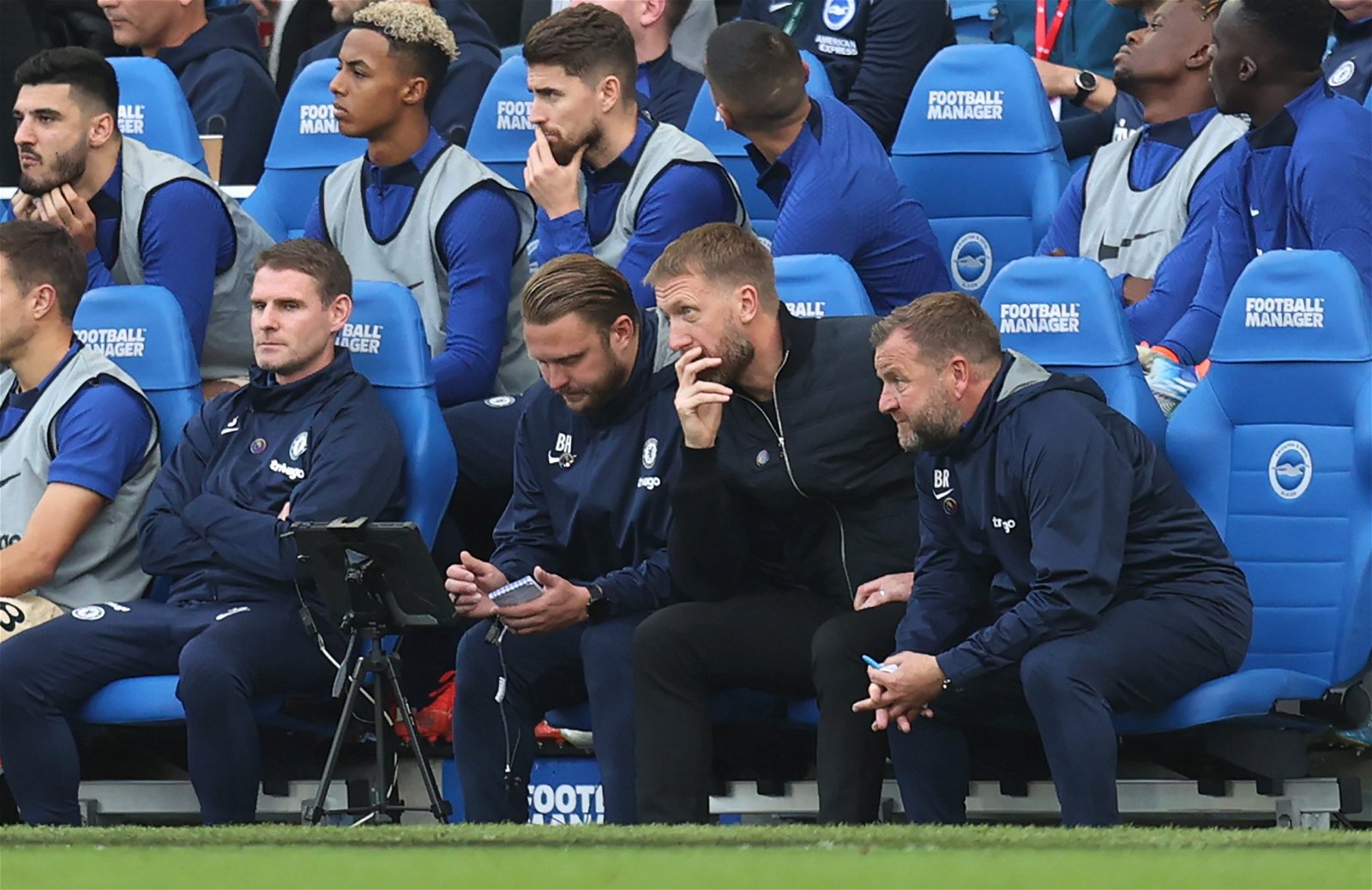 Potter, 47, became the second arrival from Brighton after the £62 million acquisition of defender Marc Cucurella in the summer as the Blues saw off Manchester City to land the Spaniard.

Chelsea saw Potter as the perfect replacement for Thomas Tuchel, who they sacked at the beginning of September following their 100-day review since taking charge.

Tuchel’s departure wasn’t expected and Boehly quickly turned to Potter to lead the club’s new era. After requesting permission from Brighton to speak with the Englishman, Potter quickly signed a five-year contract in west London.

Boehly didn’t waste any time in replacing the German, proving that it was a calculated decision to eye up Potter, and it saw Potter also bring many of his backroom staff with him. Billy Reid, first-team coaches Bjorn Hamberg and Bruno, goalkeeping coach Ben Roberts and assistant head of recruitment Kyle Macaulay were all poached.

It left a large section of supporters at Brighton unhappy with Chelsea’s approach of gutting out the Seagulls, but their Deputy Chairman and CEO, Barber, isn’t as worried after accepting they are vulnerable to clubs like the Blues.

Barber also revealed how quickly Boehly rang him to ask about Potter, outlining that it came unexpectedly.

“I think they (Chelsea) had done their homework,” admitted Barber on the Albion Roar Podcast, when asked about what happened when Chelsea approached Brighton for Potter.

“We probably felt that most of the top six clubs were fairly settled with their managers for the season. Generally speaking, we felt that there was going to be some consistency.

“What we didn’t expect to happen, obviously, was for Chelsea’s new owners to decide Tuchel wasn’t for them and there to suddenly be a gap there.

“Literally within minutes of Tuchel being told, Boehly called me and asked about Graham.

“I guess I was probably the first to know outside of Chelsea that Tuchel had been dismissed and it was certainly before it was public knowledge.

“Then all of a sudden you know you’ve got a very good person and coach and you know you are going to be vulnerable.”

Chelsea have also recently picked up another staff member from Brighton. Paul Winstanley has been appointed as the club’s new Director of Global Talent and Transfers, adding to the recruitment rebuild at Stamford Bridge.