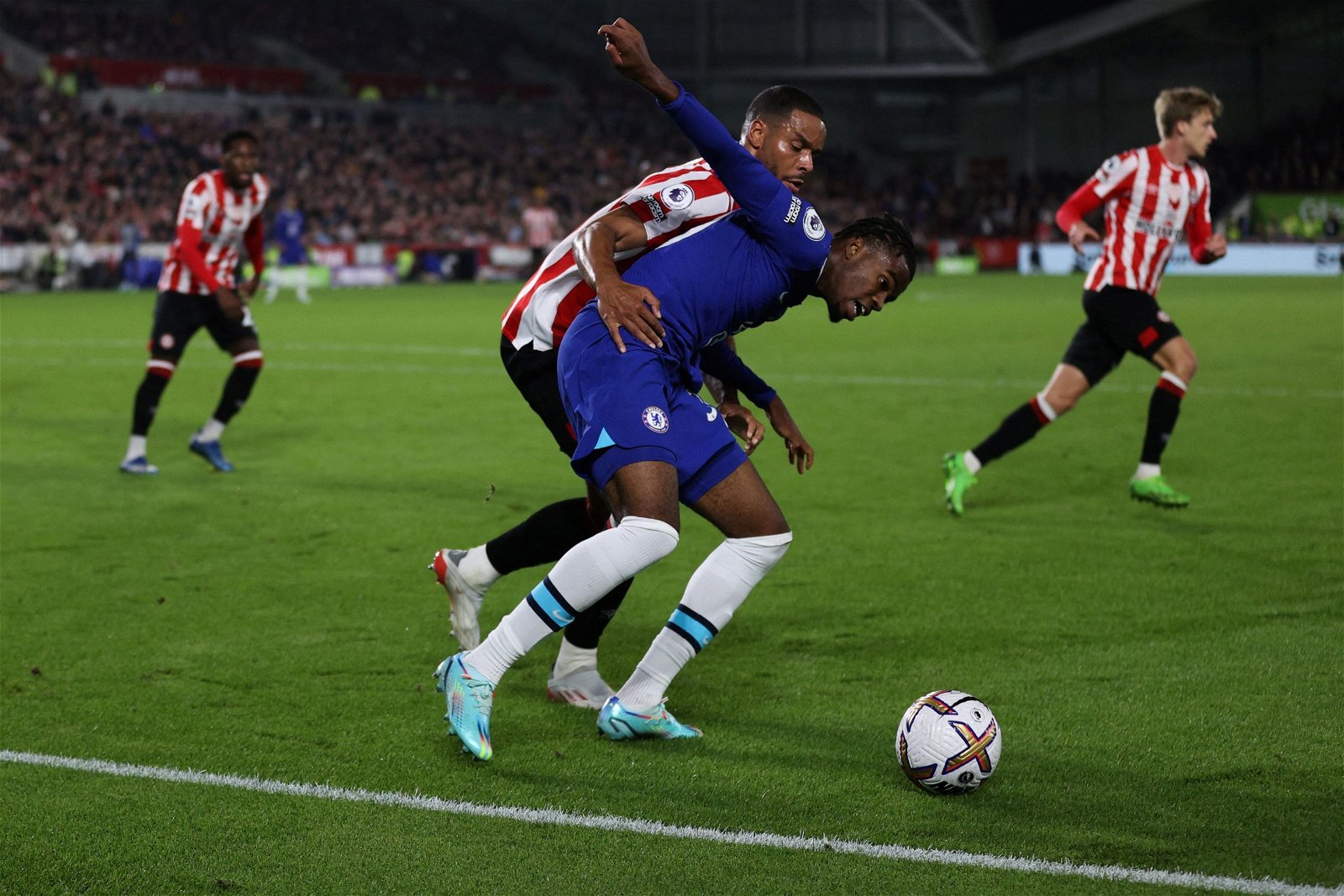 Carney Chukwuemeka is aiming high in 2023 as he reveals that he wants to shine for both Chelsea and England.

Chelsea completed the signing of the 19-year-old midfielder in the summer transfer window for a fee of £20 million.

The youngster had 12 months remaining on his contract at Aston Villa and was handed a six-year contract at Stamford Bridge.

He was extremely impressive as the England Under 19’s lifted the European Championship, his highlight of the tournament came in the final against Israel where he scored in extra-time to help the Three Lions to a 3-1 win.

Chukwuemeka’s level of talent shown internationally and for club were enough to convince the Blues to pursue him.

While the west London outfit splashed the cash heavily on experience, they made sure to significantly bolster their squad for the future.

As well as a big money move for 21-year-old Wesley Fofana from Leicester, deals for young talents Cesare Casadei and Gabriel Slonina were completed.

So far this season Chukwuemeka has made three Premier League appearances, with injuries to the side meaning he has been handed more opportunities following Graham Potter’s arrival.

With club football close to its return, he will be hoping for more chances, and while he didn’t play in the 1-0 friendly defeat against former club Villa due to injury, head coach Potter issued a positive update.

Alongside other injured players in the squad he is “moving forward” which is good news.

If Chukwuemeka can get back to full fitness, he’ll be keen to impress and work towards achieving some of the ambitious goals he has set himself.

Speaking to the official Chelsea website, he revealed his hopes for 2023, saying: “In 2023, I want to kick on and break into the team.

“To make my Champions League debut. To keep my confidence high. To build on my past performances.”

“I’ve set myself this one goal: to play at EURO 2024. Obviously, I’ve got to keep on working hard, and then we’ll see what happens.”

Following the World Cup break in Qatar, Premier League sides return back to action this weekend, with the Blues taking on AFC Bournemouth on December 27 at Stamford Bridge.

After some poor displays before the winter tournament, Chukwuemeka and Chelsea will be hoping to be much improved and begin climbing their way up the table.