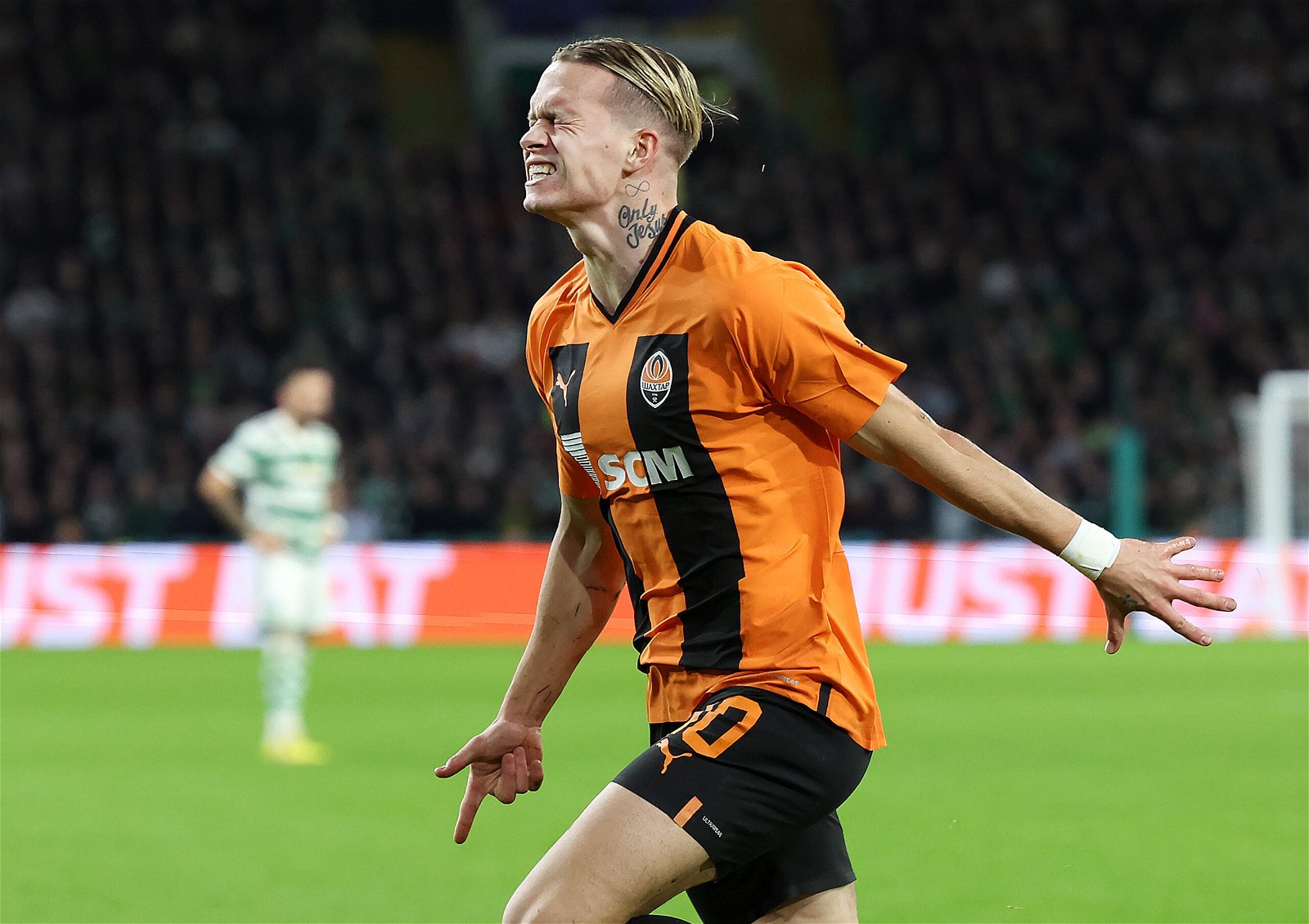 Chelsea have agreed a €100 million deal to hijack Arsenal’s move for Shakhtar Donetsk’s Mykhailo Mudryk this month, according to reports.

The 22-year-old has been wanted by Mikel Arteta’s side, who lead the way in the Premier League, due to Gabriel Jesus’ injury absence and looked to be the frontrunners for his signature.

Mudryk’s social media activity has strongly hinted he is in favour of a move to the Emirates this month, but no fee has been agreed between the clubs yet.

It has allowed Chelsea to emerge as contenders for his signature and talks have already been held with Shakhtar.

Now their pursuit has advanced even further, as reported by Fabrizio Romano, with the Blues trying to hijack a deal for Mudryk. Matt Law added co-controlling owner Behdad Eghbali and possibly at least one member of Chelsea’s recruitment team, which has now been revealed to be Paul Winstanley by The Athletic, have flown to Turkey for talks.

Chelsea were ready to make an official offer of around €100 million, with Matt Law also reporting that the Blues ‘are going for it’ to try to win the race. The club wanted to be fast in negotiations with Shakhtar, with Mudryk’s position crucial over his preferred transfer stance.

Arsenal made a third offer earlier this week for Mudryk of €70 million plus add-ons, but it didn’t meet Shakhtar’s demand.

Now it’s claimed by Fabrizio Romano that Chelsea have reached a €100 million agreement and they are working on convincing the player.

The Athletic report Chelsea’s growing interest was seen Mudryk open to completing a switch to Stamford Bridge despite hinting he wanted a move to Arsenal following recent social media activity.

He will fly to London for a medical and is set to sign at least a seven-year contract with the Blues.

David Datro Fofana, Benoit Badiashile, Andrey Santos and Joao Felix have all already been signed this month, but Chelsea are looking to bring in potentially up to three more names before the window closes.

Interest and talks are ongoing for Marcus Thuram and Noni Madueke as they look to bolster the attack, but the midfield is also of priority to strengthen this month. Enzo Fernandez of Benfica is a strong target but negotiations haven’t advanced following recent unsuccessful talks.

Co-owner Todd Boehly has handed over the bulk transfer responsibility to technical director Christopher Vivell and director of global football and transfer Paul Winstanley, and they will be tasked with trying to get a deal over the line for Mudryk as the blockbuster deal is eyed.