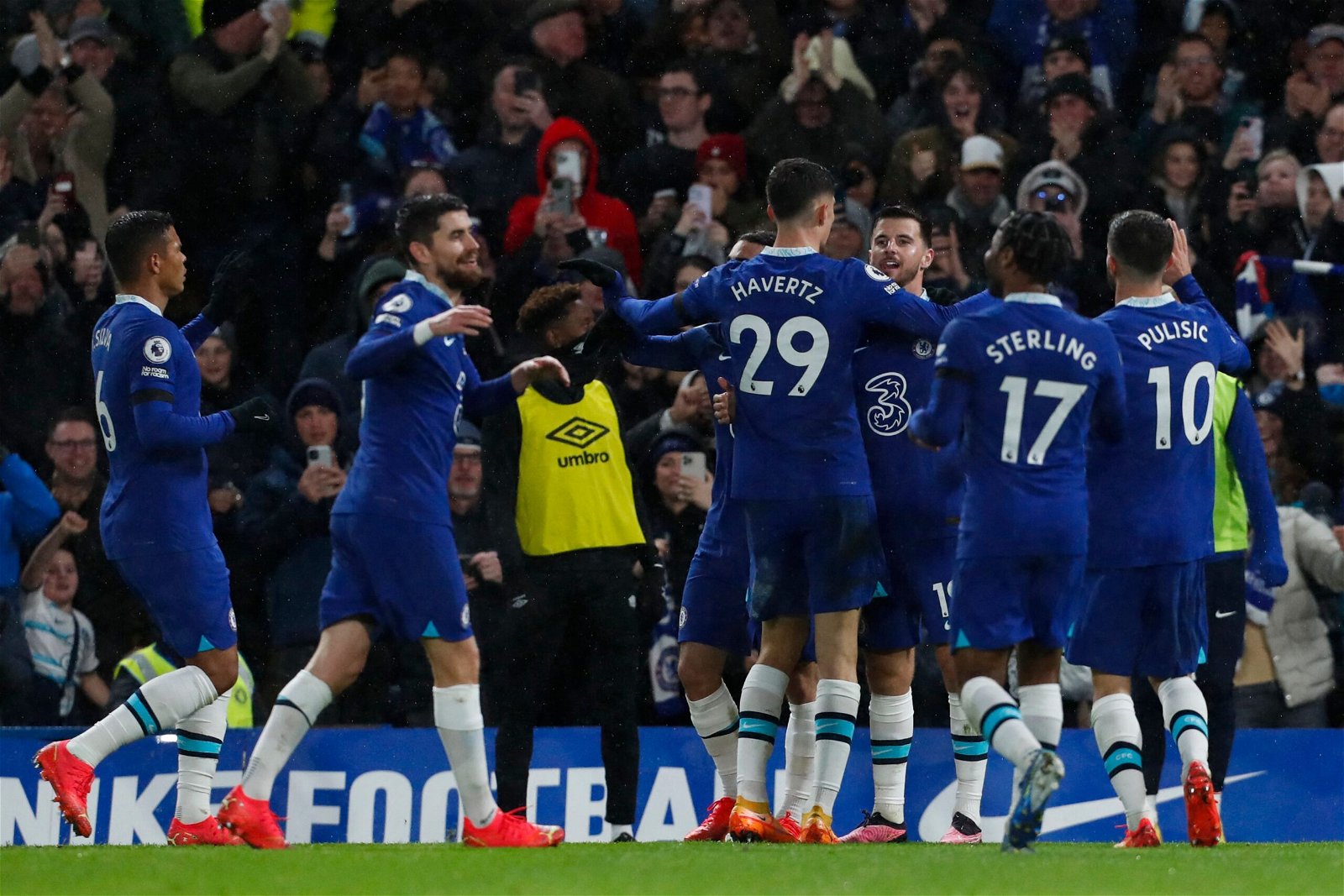 Chelsea got back to winning ways on their Premier League return with a convincing 2-0 win over AFC Bournemouth at Stamford Bridge on Tuesday evening.

Graham Potter’s side ended a run of three straight league defeats and no win in five to climb Chelsea back into eighth place and six points off fourth place.

Kai Havertz gave Chelsea a deserved lead after 16 minutes from close range, before Mason Mount added the second with a curling strike in the 24th minute.

It was an even start to the encounter at a rainy Stamford Bridge, with Reece James’ return from injury already noticed by the hosts.

Kai Havertz had the first real chance of the game after eight minutes. Marc Cucurella clipped an excellent cross to the back post for Kai Havertz, but he was only able to guide his header over Mark Travers’ crossbar.

Christian Pulisic thought he should’ve had a penalty four minutes later. He latched onto a loose ball and drove into the box, but felt he was being dragged down by Adam Smith as he got an effort away. Referee Simon Hooper pointed straight for a goal kick, aggrieving the Chelsea forward and his teammates.

But Chelsea were ahead after 16 minutes. A real piece of quality from the hosts as Raheem Sterling played a perfect ball across the box to find Havertz, who had no issue to guide the ball in from close range.

Havertz turned from goalscorer to provider eight minutes later. He teed up Mason Mount on the edge of the area who curled it into the bottom, leaving Travers with no chance, to double Chelsea’s lead in west London.

Potter’s side looked like a new outfit. A team who had a mini pre-season to learn what the head coach wants from them. Refreshed and revitalised, it was clear to see in the opening half.

Christian Pulisic, who was on the receiving end of many fouls, had the ball in the back of the net just before half-time, but Hooper disallowed the goal for a foul on Smith by Havertz.

Reece James tried to get in on the action in first-half stoppage time however he was denied by Travers from close range. Travers was called upon moments after, keeping out Raheem Sterling.

After making his injury comeback, James asked to come off after pulling up and falling the ground after 52 minutes. He was, eventually, replaced by Cesar Azpilicueta and Chelsea will be hoping it’s not an injury setback.

Havertz hoped to get his second after receiving the ball on the wing, he cut inside and drove into the box but he could only drag his effort wide of Travers’ goal.

Bournemouth searched for a way back into the game but had no real chances of note and it was Kalidou Koulibaly who came closest with 18 minutes to go. Azpilicueta clipped a ball into the box but the Senegal international could only head the cross just wide of the far post.

The visitors were still posing a threat and Ryan Christie found space in the box with 11 minutes to go, but Kepa was awake and on hand to get down level to collect.

Potter made the changes in the closing eight minutes in the capital. Conor Gallagher and Pierre-Emerick Aubameyang were both given minutes by the 47-year-old, replacing Denis Zakaria and Christian Pulisic.

Chelsea could’ve wrapped it up with six minutes to go as Havertz led a Chelsea counter-attack after some Bournemouth pressure. He pulled it back to Gallagher, who had Sterling on his right, however he opted to shoot at goal but his shot was blocked.

Trevoh Chalobah came on for the final minutes, coming on for Sterling who bagged an assist, which saw the Blues switch to a back three.

Potter’s side held on to keep a clean sheet to claim their first win since October, ending 2022 on a winning note. It was an excellent first half and they rode it out in the second despite the second half injury to James.