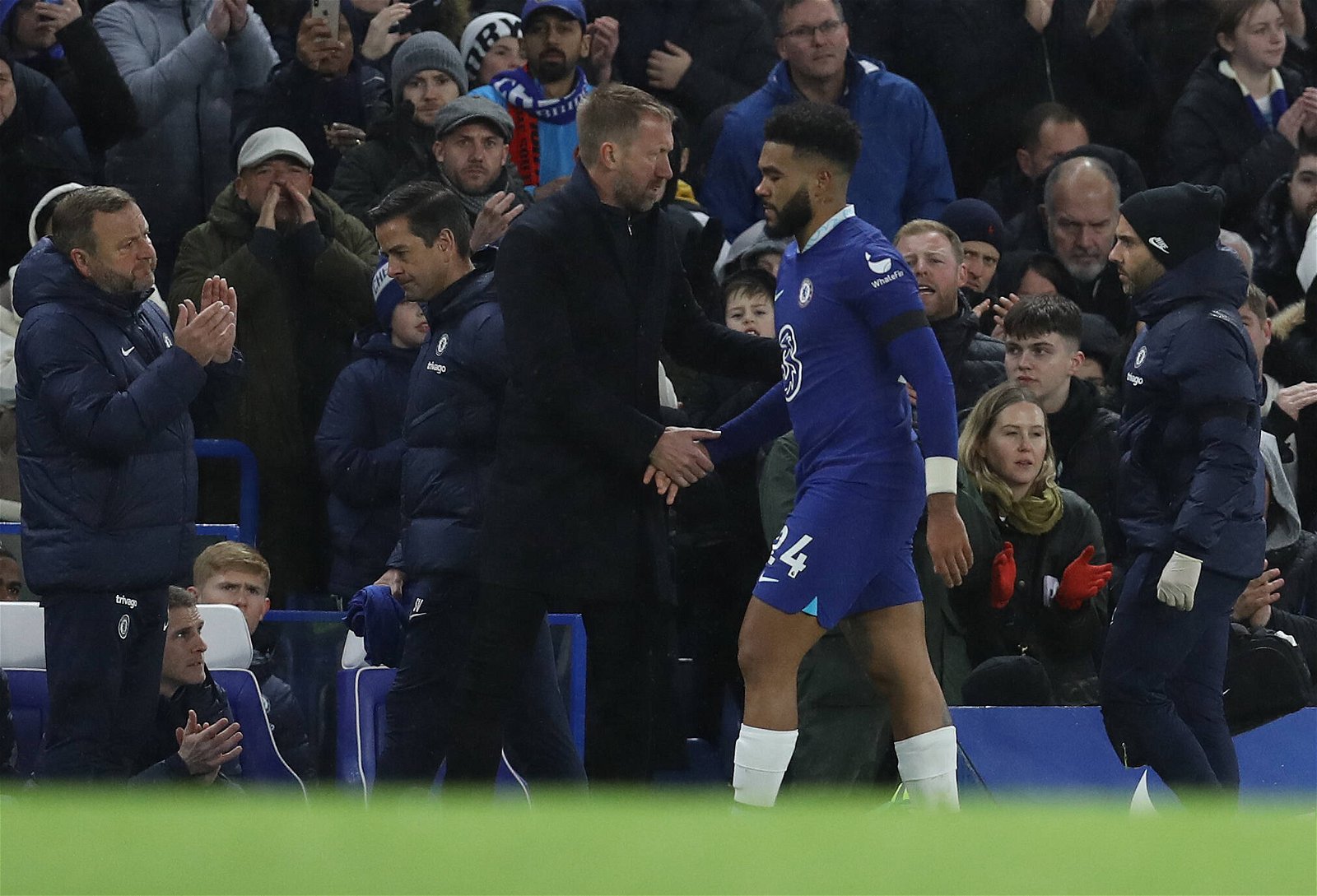 Chelsea have confirmed how long they will be without Reece James for following a knee injury setback.

The 23-year-old made his return from a knee injury, which was sustained back in October against AC Milan, on Tuesday evening when Chelsea face AFC Bournemouth on their Premier League return.

Graham Potter’s side won the game 2-0 in the capital, but were dealt another injury problem with James going down holding his knee in the 52nd minute.

James looked devastated immediately as medics came onto the pitch at Stamford Bridge and walked with him straight down the tunnel.

Potter was keeping his fingers crossed post-match as Chelsea waited to learn the extend of the right-back’s setback following his first game back.

“It is a bit too soon but it was in that action, a chop, and he felt something. We have to keep our fingers crossed at the moment.

James took to social media on Wednesday to detail the difficult 2022 he has experienced, which has taken a toll on him mentally.

The England international wrote: “2022 has been the toughest year to date.

“Just wanna thank you all for the support, none of you go unnoticed. It’s naturally effected me mentally, I’m currently just tryna deal with the cards I’ve been dealt.

“I hope your end of year is filled with peace, joy & happiness.”

Following initial reports from The Athletic, Chelsea have now confirmed the extent of James’ set back and how long he will be sidelined for.

A club statement read: “Defender Reece James underwent assessment earlier today after being substituted during the second half of last night’s 2-0 Premier League victory over AFC Bournemouth due to a knee injury.

“Scan results have regrettably confirmed a setback for the 23-year-old, with Reece now set to be ruled out for up to a month.”

They 23-year-old is now set to miss the run of games against Nottingham Forest, Manchester City (x2), Fulham, Crystal Palace and Liverpool at least.

It has also reported that the injury is to the ‘same knee that ruled James out of England’s World Cup squad, however, and a further setback in the same area could lead to the player undergoing surgery’.

Chelsea will breathe a sigh of relief that James’ re-injury isn’t more severe, but the medical team will need to be absolutely sure that he is in the right condition before he makes his next return from injury.