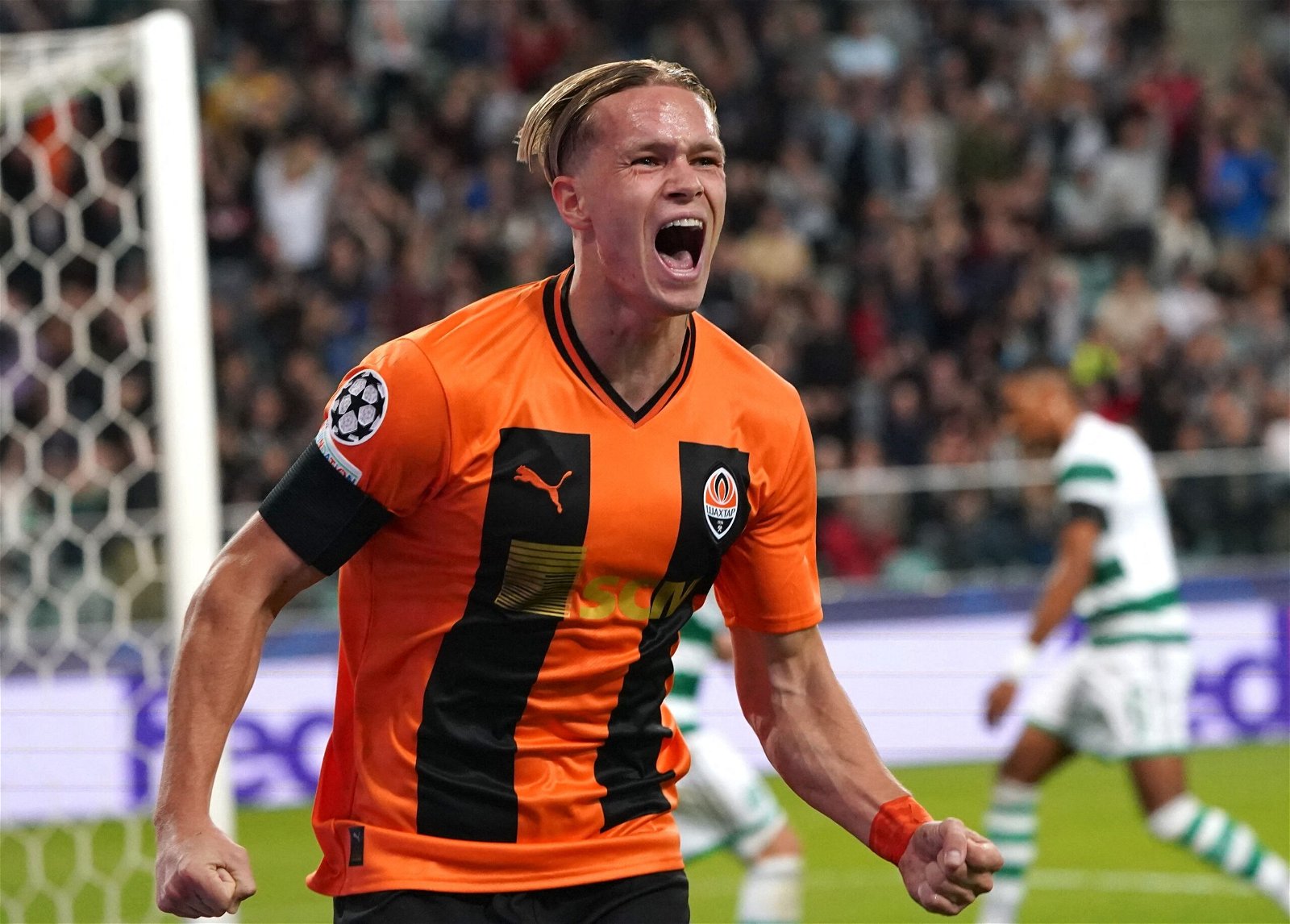 Chelsea have completed the signing of Mykhailo Mudryk from Shakhtar Donetsk for a fee of around £88 million.

The 22-year-old has signed a eight-and-a-half-year contract at Stamford Bridge which has seen Chelsea beat Arsenal in the race to land the Ukrainian.

Mudryk becomes Chelsea’s fifth signing of the January transfer window – following David Datro Fofana, Benoit Badiashile, Andrey Santos and Joao Felix – after a fee of £62 million plus £26 million in add-ons was agreed on Saturday with Shakhtar.

Personal terms were quickly agreed and Mudryk flew to London to undergo his medical finalise his switch to west London which has now been confirmed.

Following his arrival Mudryk spoke for the first time, telling the official Chelsea website: “I’m so happy to sign for Chelsea.

“This is a huge club, in a fantastic league and it is a very attractive project for me at this stage of my career. I’m excited to meet my new team-mates and I’m looking forward to working and learning under Graham Potter and his staff!”

Co-controlling owners Todd Boehly and Behdad Eghbali added: “We are delighted to welcome Mykhailo to Chelsea.

“He’s a hugely exciting talent who we believe will be a terrific addition to our squad both now and in the years to come.

He was in attendance for Chelsea’s Premier League clash against Crystal Palace at Stamford Bridge on Sunday afternoon.

Mudryk will wear the number 15 shirt at Chelsea.