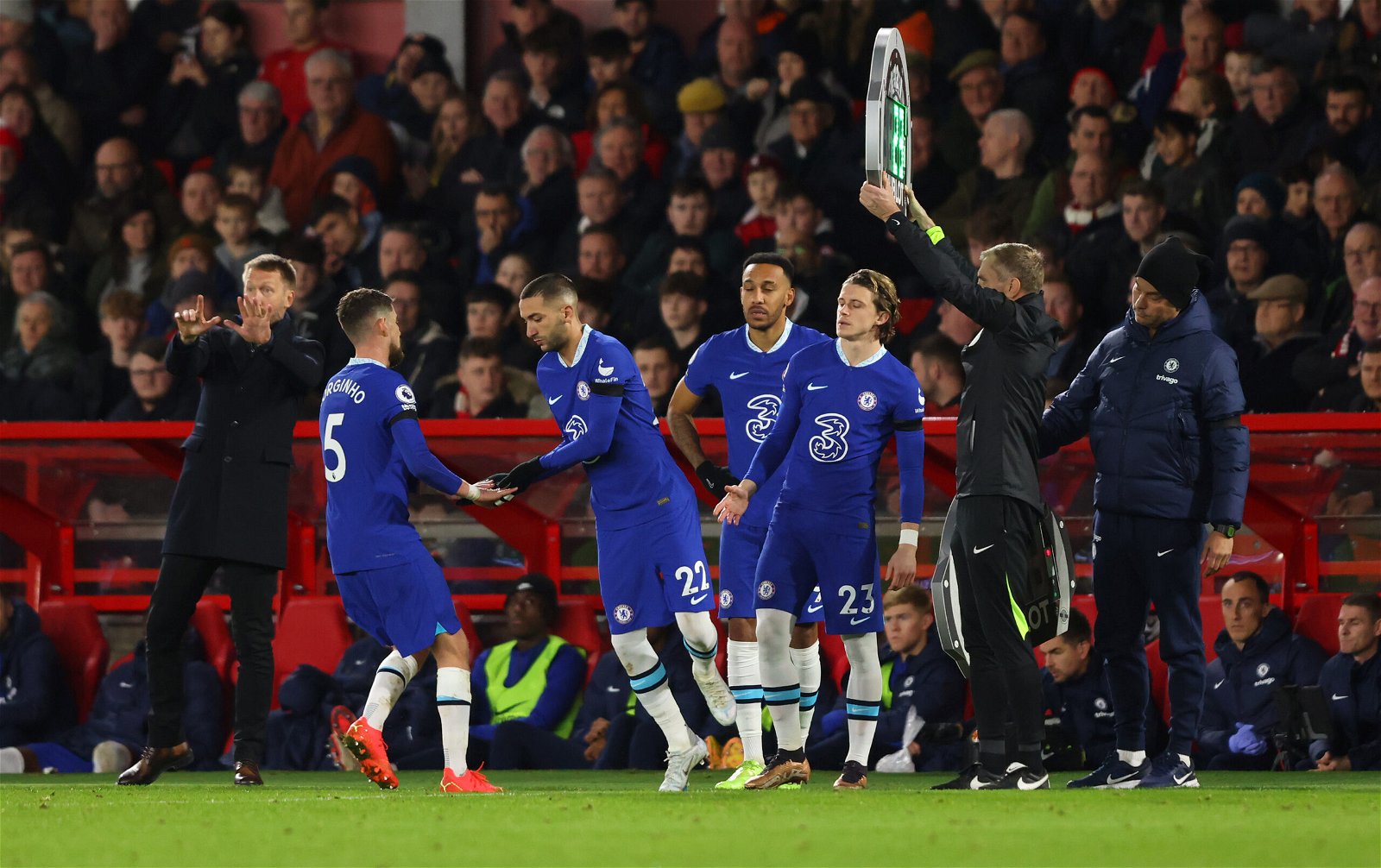 Chelsea are set for a busy final week of the January transfer window with several departures on the cards at Stamford Bridge.

Graham Potter’s side have welcomed six new additions to Chelsea this month already, but are yet to offload any first-team players as the winter market nears its end.

David Datro Fofana, Benoit Badiashile, Andrey Santos, Joao Felix (loan), Mykhailo Mudryk and Noni Madueke have all been signed by Chelsea, which hints that exits will be required before the end of the window next week.

The size of the squad needs reducing and a lot of players have started to be linked with moves away.

Conor Gallagher has been the subject of interest from former loan side Crystal Palace, but Chelsea are refusing to let him leave this month, with Newcastle also monitoring his situation. While, as reported by Nizaar Kinsella, the club have already knocked back an approach from Inter Milan for defender Trevoh Chalobah.

Hakim Ziyech is another Chelsea star who has seen interest rise in the final weeks of the window. AS Roma have enquired after Newcastle and Everton showed initial in the Moroccan.

It remains unclear if Graham Potter will allow the 29-year-old to depart this month if a suitable offer comes in for both the player and Chelsea.

“You’ve got to constantly analyse the squad, where it is at, and how you can strengthen it,” responded the Chelsea head coach on if some players will need to leave to balance the squad out.

“Sometimes it’s adding, sometimes for the good of everybody it is moving out. But that is on a case-by-case basis. We’ll look at it as and when.”

More names have also been linked with departures, Nizaar Kinsella reports. He suggests Chelsea are ‘weighing up options’ for trio Gabriel Slonina, Omari Hutchinson and Cesare Casadei to leave on loan before the end of the month, with Championship exits preferred for them.

Chelsea are hoping to add two more names to the squad, wing-back cover – Malo Gusto of Lyon has been linked – and a midfielder – Enzo Fernandez and Moises Caicedo are of interest -, so Todd Boehly and Co have their work cut out if they are to complete all of the necessary business, incomings and outgoings, in time before the deadline passes.