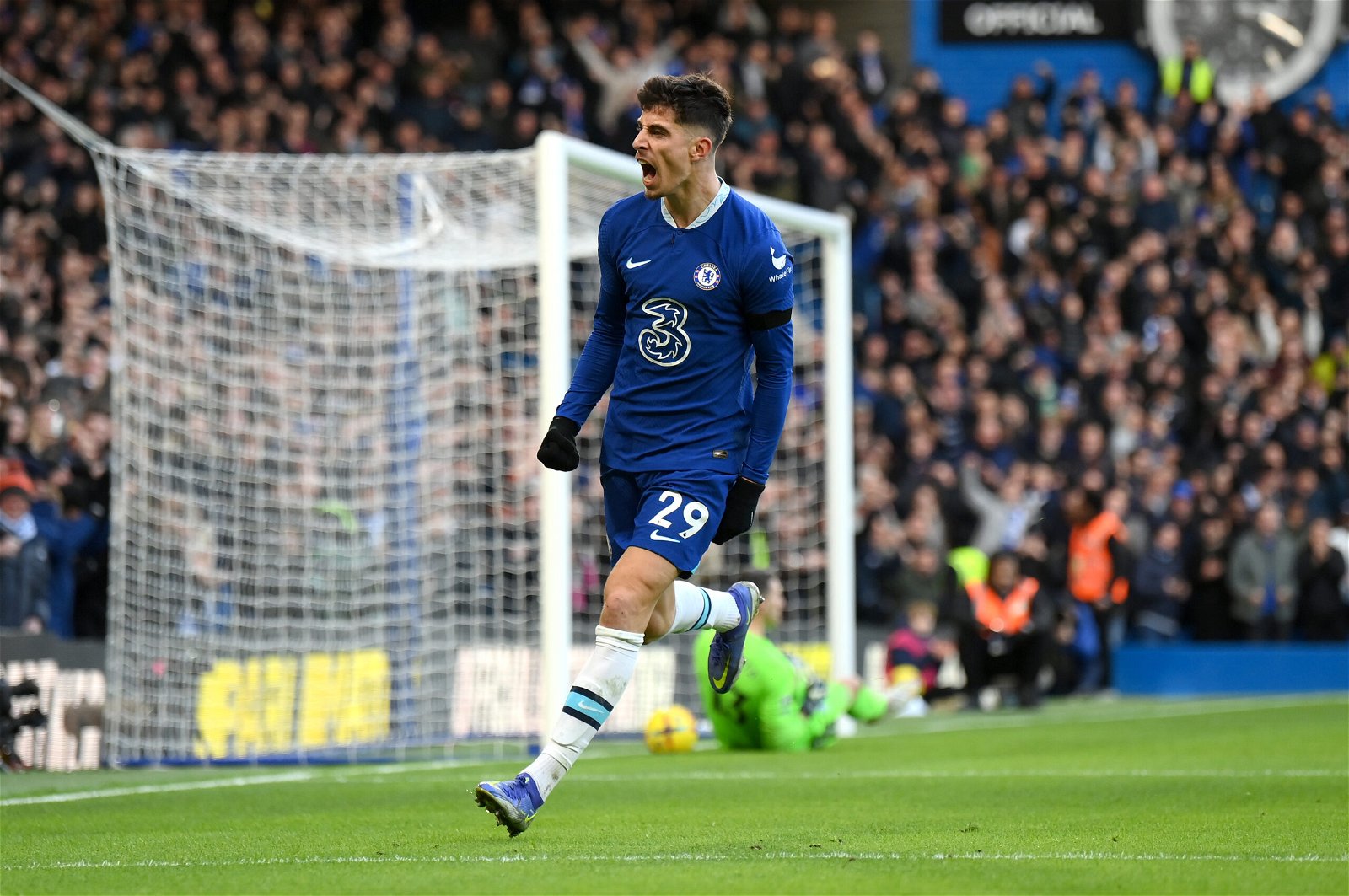 A Kai Havertz header was the difference-maker as Chelsea prevailed 1-0 in a scrappy affair with Crystal Palace at Stamford Bridge on Sunday afternoon.

The Blues scooped three points in the Premier League for the first time it what must feel an age for Graham Potter, doing so on an occasion in which the life of the legendary Gianluca Vialli was beautifully celebrated following his untimely passing last week.

It was a game for the goalkeepers in the first-half, with the two Spaniards Kepa Arrizabalaga and Vicente Guaita putting together a portfolio of superb saves and blocks between them to keep parity in the scoreline by the interval.

Try as he might, there wasn’t much that the Eagles’ goalkeeper could do about Kai Havertz’s powerful header, which broke the deadlock in minute 64. The south Londoners tried their best to fashion an equaliser, but there was no way past an inspired Kepa, who denied substitue Jean-Phillipe Mateta late on.

The win draws Chelsea level on points with Jurgen Klopp’s Liverpool, just in time for a crunch game against the fellow strugglers at Anfield next weekend.

After the fabulous aforementioned tribute to Vialli pre-match, Chelsea got off on the front foot with the young trio of Carney Chukwuemeka, Conor Gallagher and Lewis Hall showing their pace to cause some early headaches for the Eagles’ backline.

The away side settled after weathering the mini-storm and quickly showed some attacking intent from their own, with debutant Benoit Badiashile and veteran Thiago Silva having to be alert in the face of persistent pressing from Jordan Ayew and Wilfried Zaha.

Indeed the first real chance fell the way of Tyrick Mitchell at the 20 minute mark, with Kepa Arrizabalaga flapping at a teasing Michael Olise cross before recovering to deny the full-back at the near post.

The former Chelsea youth prospect Olise went on to catch the ball sweetly on the half-volley a minute later, with Kepa pulling off a smart acrobatic save to parry behind a strike that was moving at some speed.

The same can be said of an effort from Thiago Silva just five minutes later. The Brazilian had two bites of the cherry at a corner before unleashing a venomous drive low to Vicente Guaita’s left, with the Palace ‘keeper doing extremely well to get down to meet it and tip it wide.

Set pieces looked to be a fruitful avenue for the Blues to exploit – certainly with other avenues being literally and metaphorically blocked by the efforts of Cheick Doucouré, who left his painful mark on Gallagher and otherwise proved a nuisance to Chelsea’s attacking unit.

Another outlet at any one time is Hakim Ziyech’s magical left foot, and so it proved when he launched a cute inch perfect ball into the area only for Kai Havertz to head over from all of eight yards. It was a case of serious fluffed lines from the German, who was struggling to get any joy in behind Joachim Andersen and ex blue Marc Guehi, with the former withdrawn through injury shortly thereafter.

Chelsea’s attacking woes off the field just happened to coincide with events off it – the club officially announcing the capture of inbound signing Mykhailo Mudryk, who was watching on from the stands, during the match.

If Havertz’s chance eluding the back of the net was unbelievable, the opportunity that followed was inexplicable. Ziyech cleverly played in Gallagher, who fired the ball across the goalmouth to find Hall at the back post with plenty of net to aim at. The 18-year-old could only send it crashing the other side of the post.

The Pensioners are the only side not to concede in the first half at home this season, and Kepa showed supreme determination to keep that record by clawing away a goalbound header at his near post. His counterpart was equally as impressive to deny Ziyech on the stroke of the half-time whistle.

That whistle was likely more welcome respite for the away side than it was Graham Potter’s men, allowing for a breather after an exhilarating end-to-end conclusion to the first period. Compared to occasions as of late, this was so far so good for the kings of the King’s Road, and the Stamford Bridge faithful were introduced to Mudryk during the half-time festivities for their troubles.

It was an altogether more scrappy affair after the resumption, with genuine chances few and far between. Havertz fired harmlessly into the arms of Guaita as the fixture eclipsed the hour mark. Seeking more firepower, the Blues introduced Pierre-Emerick Aubameyang, who scored on his Premier League debut for the club in the reverse fixture earlier this season.

But it was Havertz who finally got his just reward for keeping his nose to the grindstone, swallowing up a superb cross from Ziyech to head home with aplomb in the 64th minute.

Palace turned up the heat in their quest for an equaliser, committing foul after foul in an attempt to drag the home side into a bruising battle to the finish. Doucoure could count himself quite lucky to escape a second yellow for yet another crunching challenge on Gallagher, in an action replay of the incident between the pair in the first half. It was the sort of challenge his manager was no stranger to during his playing career – and Patrick Vieira received a yellow of his own for his remonstrations.

Havertz could have killed the game with ten minutes to go, but he could only direct Mason Mount’s sumptuous delivery wide of the goal and off the head of Aubameyang, who lurked in a better position behind him. Substitute Jean-Phillipe Mateta then tested Arrizabalaga from distance, with the Spaniard doing superbly to tip the drive over the woodwork.

Palace were afforded seven minutes of added time, with Chelsea introducing Cesar Azpilicueta and Mateo Kovacic in place of Ziyech and Havertz in the name of defensive reinforcement. The late siege was almost constant, but the Blues stuck in there and got the win over the line.