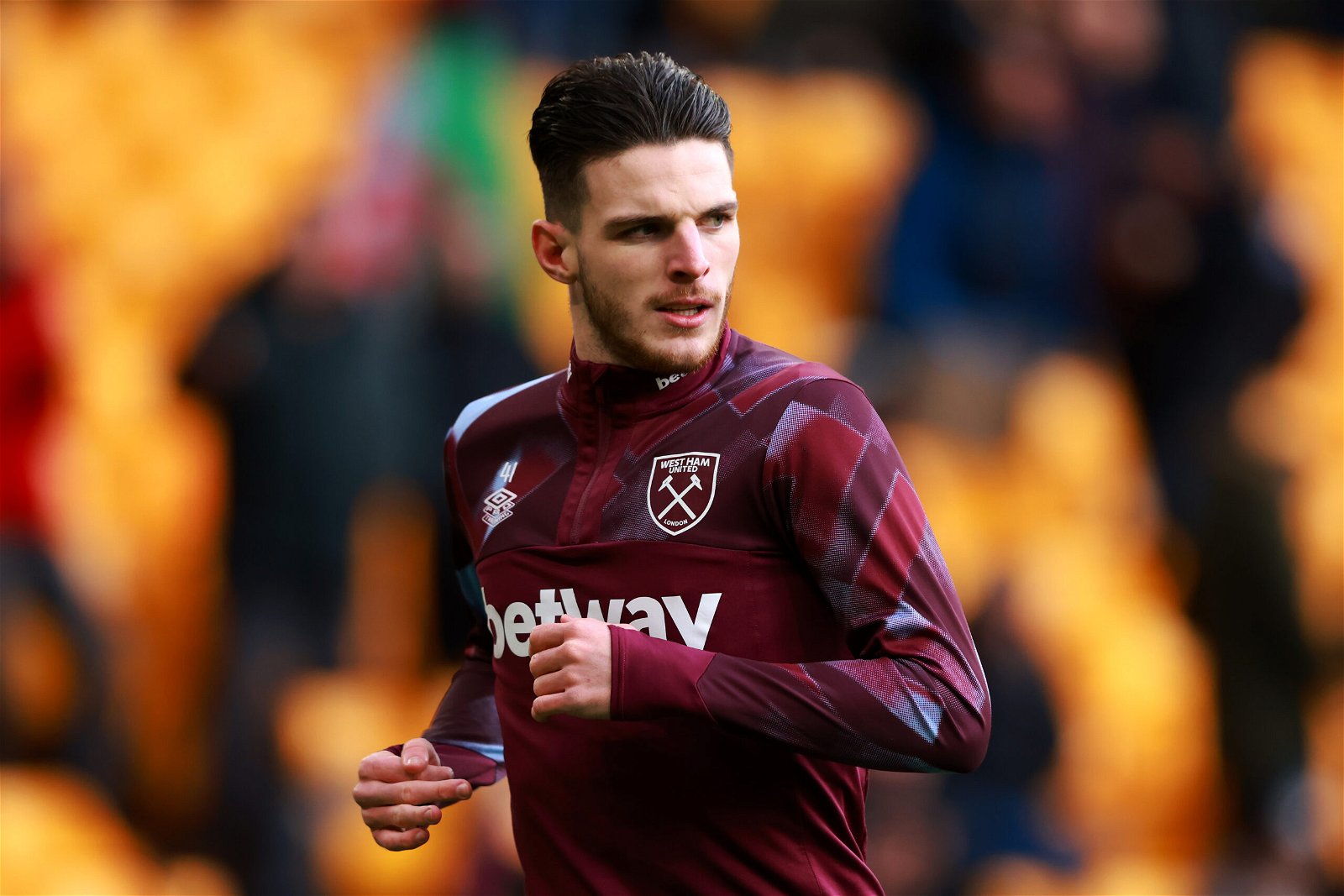 Chelsea’s transfer stance on West Ham midfielder Declan Rice has been revealed, according to reports, after Arsenal leapfrogged them into pole position.

Rice, 24, is expected to leave the London Stadium this summer with West Ham accepting of their fate of losing their prized-asset and club captain.

A deal for Rice is likely to cost in the region of £80-100 million, with the midfielder having a year left on his current deal which also includes the option of a further year.

Chelsea have been long-term admirers of their former academy player and despite an enquiry last summer, Graham Potter’s side have yet to make a concrete move.

The battle is on ahead of the summer transfer window and Chelsea’s recruitment team has already landed five January signings, including the arrivals of attacking duo Joao Felix and Mykhailo Mudryk.

Chelsea beat Arsenal in the pursuit for Mudryk but the Gunners now believe they are leading the race for Rice after making him their number one summer transfer target.

Mikel Arteta’s side believe their current position at the top of the Premier League and the offering of Champions League gives them the upper hand amid interest from both Manchester United and Manchester City.

Chelsea want a new central midfielder but whether they will make a concrete move for Rice this summer remains unclear.

Now their stance has been revealed and it could hint the reason why they are not believed to be in pole position for his signature.

As reported by Nizaar Kinsella, Chelsea have ‘cooled’ their interest in the England international, which has seen them divert their attention to, first, Enzo Fernandez before eyeing Brighton & Hove Albion midfielder Moises Caicedo.

Chelsea are claimed to likely make a move for Caicedo before the end of the current window following their unsuccessful pursuit of Fernandez, which saw Benfica publicly slam the Blues for their accused handling of transfer negotiations.

Two more signings are expected to be acquired this month but who they will be only time will tell. It’s been a busy time for Chelsea as they revamp the squad, but the jigsaw is slowly coming together piece by piece.