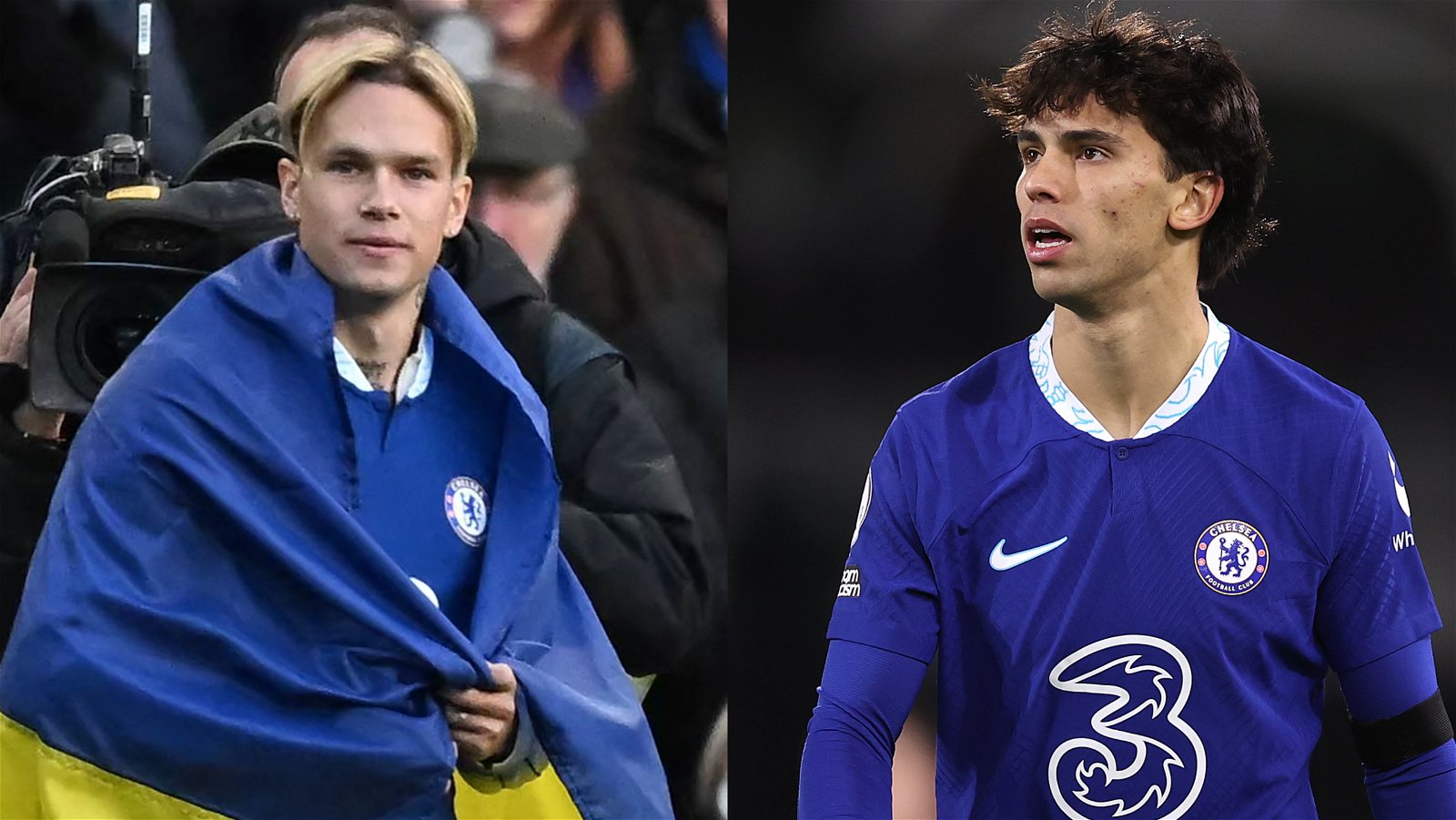 (Photos by Ryan Pierse and BEN STANSALL/AFP via Getty Images)

Mykhailo Mudryk completed his transfer to Chelsea on Sunday and the Blues fans have spotted what fellow newcomer Joao Felix did to welcome the winger to Stamford Bridge.

The pair were in attendance as Kai Havertz netted the only goal of the game to give Chelsea a vital three points at home to Crystal Palace.

Mudryk was unveiled at half-time, just moments after Chelsea announced his arrival in the first-half.

The 22-year-old was introduced to the Stamford Bridge crowd and took in a warm reception and is expected to train this week and be in contention to face Liverpool next.

He will meet his teammates at Cobham as Graham Potter prepares his side to build on the three points picked up on Sunday.

However, eagle eyed Chelsea fans noticed that Mudryk has already met one of his new teammates in Joao Felix.

With the Portugal star suspended for three matches following his dismissal on his debut against Fulham, he was ineligible to play against Palace.

But he still watched on, with Blues fans spotting the moment that he introduced himself to his new teammate Mudryk as the pair were sat in the same box together at the match.

They were joined by directors Christopher Vivell and Paul Winstanley, who played crucial roles in bringing the pair to the club.

The trio who watched on in the box together could be teammates next season, with Colwill set to return from his loan spell.

However, Felix is only here on a loan until the end of the season so if he is to link up with Mudryk and Colwill next season, Chelsea will have to negotiate a fee with Atletico Madrid.

For now, Chelsea will be keen to get their new man on the pitch as they look to recover their form this season and push on towards the second half of the campaign.