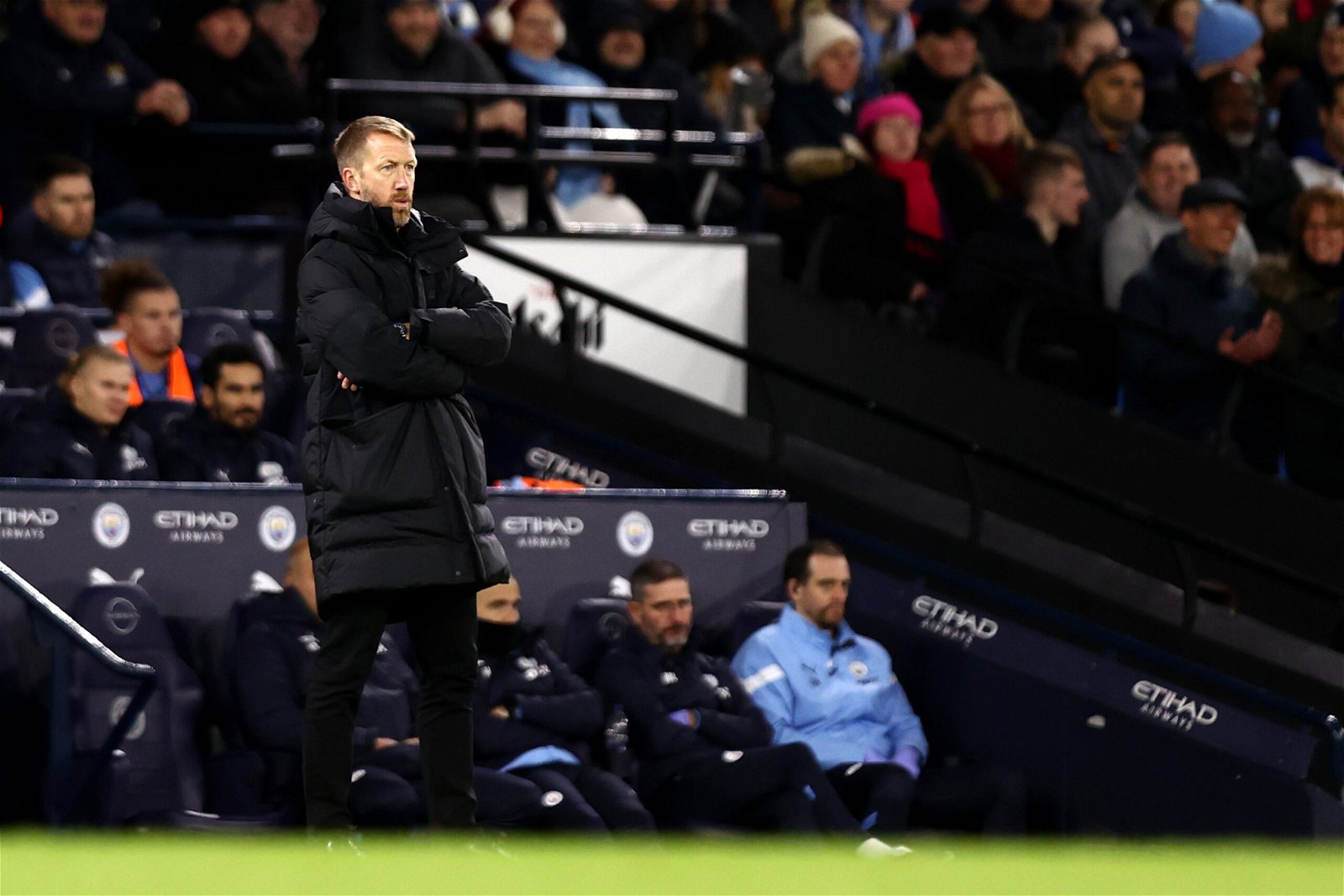 The noise is increasing around Stamford Bridge and pressure is rising on head coach Graham Potter, but Chelsea have to ensure they hold their nerve.

Todd Boehly and Clearlake Capital made a big decision last September to axe a Champions League, Club World Cup and Super Cup winning manager in Thomas Tuchel in favour of appointing Potter to lead Chelsea‘s new chapter following their takeover of the club in May 2022.

It was a decision which split opinion and all eyes were on the owners to ensure they had made the right decision of letting an extremely successful and popular figure in Tuchel depart.

But Boehly and Co had their reasons and signified their backing with a long-term contract for Potter upon his arrival, which had previously seen them spend in excess of £250 million in the summer transfer window to bolster the squad after several key outgoings at the end of the 2021/22 campaign.

Chelsea got off to a good start under the 47-year-old, going unbeaten in their first 10 games, but the cracks started to eventually appear.

Potter has only seen his side win one of their last eight games in all competitions. Chelsea are in freefall. They are 10th in the Premier League, out of the Carabao Cup and were sent crashing out of the FA Cup on Sunday with a dismal performance that ended in a 4-0 defeat to Manchester City.

It was a day to forget in Manchester and a display the players should forget, but also acknowledge moving forward. Potter continued to back his side though, insisting: “I am working with the players and am not getting any sense of people with a poor attitude.”

Patience is running out with supporters and it was audible in the away section at the Etihad as frustrations grew louder. Supporters sent out chants, en masse, of ‘we’ve got super Thomas Tuchel’ and ‘Roman Abramovich’ in a clear message to the club of their anger and disappointment.

“I understand the frustration, the disappointment, the anger, because the results haven’t been what we want,” reacted Potter to the noise from the Chelsea supporters.

Luckily for Potter, the owners have the final call over his future and they are sticking by him, continuing to show ‘full confidence and patience’ in their hope of halting the decline and progressing forward.

Potter has a duty to get the best out of these players. He isn’t doing a good enough job of that, he will recognise that. But the players also have a duty to give everything for the club, they aren’t doing that. It’s a collective issue, but it’s been seen all too often before. Antonio Conte, Maurizio Sarri, Frank Lampard and Tuchel have all moaned about the club’s mentality.

Chelsea have the same club captain as they did under Sarri and problems in midfield still haven’t been resolved. No suitable cover at wing-back for the injured Reece James. Many players are disgruntled and clearly not settled at Chelsea, and the club don’t have an out-and-out goalscorer. Injury problems have had a big effect, which the owners accept as a partial factor to the problems.

Despite the noise and increasing pressures on the club, Boehly and Co have no choice to stick with Potter and to ‘trust the process’. They would look daft sacking a Champions League winning manager and ditching a manager they hand-picked to lead the club in long-term both within eight months of owning the club.

Potter, though, has to start showing authority and selecting a squad that will give 100 percent, albeit not helped by injuries, which will in turn no doubt help his relationship with the fans and ease the pressure from within. That’s on him.

Things may get worse before they get better at Chelsea but it’s a transition, however difficult it will be to accept after a constant return of trophies, that the club has to go through. As long as there is actual progression and a clear direction of what the club is trying to do, the process needs to be trusted.