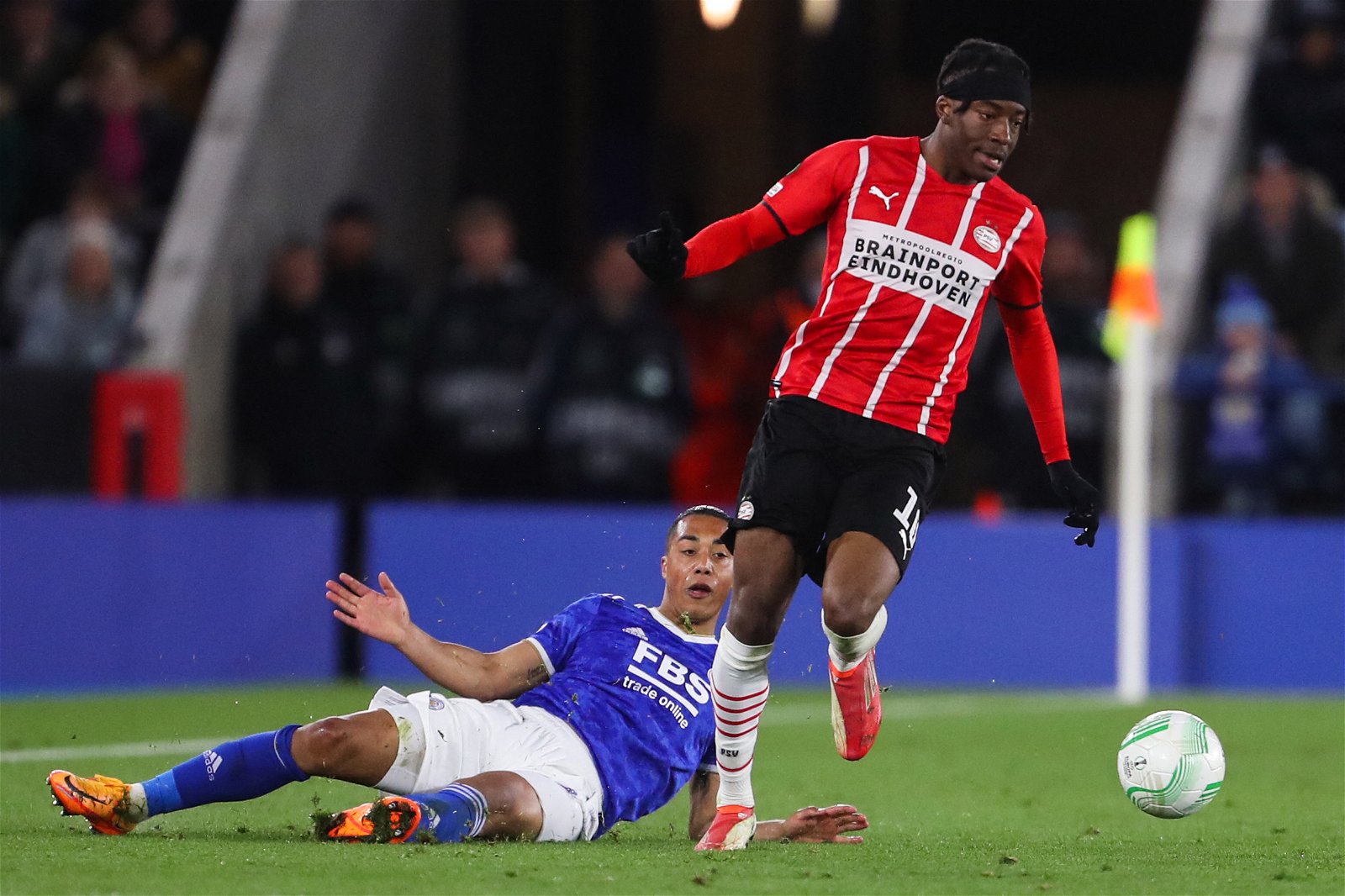 Chelsea have submitted their first offer for January target and PSV winger Noni Madueke, according to reports.

They are still searching for another forward and interest has been shown in both Madueke as well as Borussia Mönchengladbach’s Marcus Thuram.

It’s been widely reported that Chelsea are interested in Madueke and talks have been ongoing between the clubs, reports David Ornstein, however there remains a discrepancy over the differing valuations.

Now, as reported by PSV journalist Rik Elfrink, Chelsea have made their first move for the 20-year-old.

It’s claimed a £26.5 million offer has been lodged but it remains unclear what PSV’s stance is over the Blues’ first bid.

Adam Newson and Bobby Vincent of football.london have suggested Chelsea believe the Dutch side would be ready to sell the winger for around £40 million, although PSV are adamant they don’t want to sell.

Technical director Christopher Vivell is believed to be pushing the deal and keen to wrap up the transfer to make him Chelsea’s fifth signing of the window so far.

As quoted by the Evening Standard, PSV manager Ruud van Nistelrooy has offered an update on Madueke’s future, which could see them lose him and Cody Gakpo, who joined Liverpool, in the same transfer window.

“I know there is interest,” he said. “This is due to its qualities and performance. It’s worrisome.

“We need to see if we can keep him. I very much hope for that. We must do everything we can to do that. You also know that things can take off, if the purse is pulled hard.

“Then you have to be ready with several options, because then you would lose the second player in the winter. But as a coach you would rather keep your best players.”

The England U21 international has gone onto make 50 appearances for PSV since making his debut in 2020, scoring 11 goals.

Revealed: How many signings Chelsea could still make in January after four completed transfers