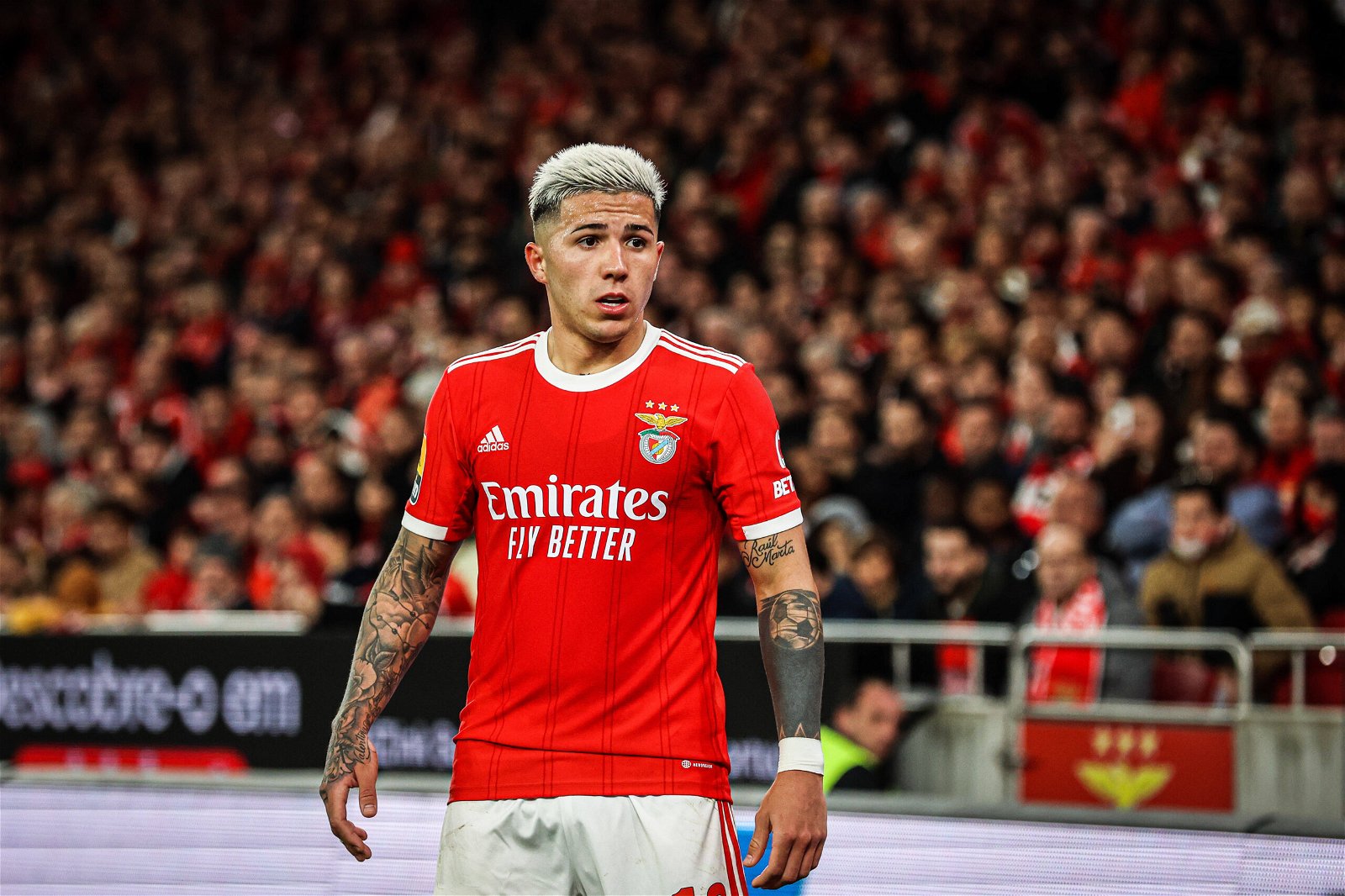 Chelsea are set to have their latest planned offer for Enzo Fernandez rejected with Benfica holding out on their strong transfer stance.

The 22-year-old has been wanted by Chelsea all of this month, but talks have yet to advance to a position of where the Blues have reached an agreement over the transfer fee.

It was reported on Monday that talks were to resume this week over the Argentine, but Benfica made their stance ‘quite clear’ that they will only sell if Fernandez’s €120 million release clause is triggered.

Reports in Argentina suggest Fernandez will not push for a move and remains focused on Benfica. He will leave the transfer negotiations to the clubs and will only leave if a deal is agreed.

Fernandez’s entourage know Chelsea want him but he will not force a transfer as he doesn’t want to disrespect the Portuguese club.

Now, as reported by Record Portugal, Chelsea are trying to haggle over a deal for the World Cup winner and preparing a €100 million offer plus the inclusion of some players.

Hakim Ziyech, David Datro Fofana and Andrey Santos were all offered at the beginning of the month when negotiations first started.

However, Benfica president Rui Costa has already made his stance clear. He will not sell the midfielder unless the release clause is activated.

With the window closing next week, Chelsea will need to get a move on if they want to sign Fernandez.

The Todd Boehly-Clearlake Capital ownership are looking to bring in more additions before the end of the month, with talks ongoing with Lyon over full-back Malo Gusto after an initial bid was rejected.

A midfielder is on the agenda – Fernandez is on the list of targets alongside Brighton’s Moises Caicedo.

If the Fernandez deal drags on until the latter days of the window, Chelsea may opt to trigger the release clause which would leave Benfica vulnerable and scurrying around to find a replacement with little time left in the window.