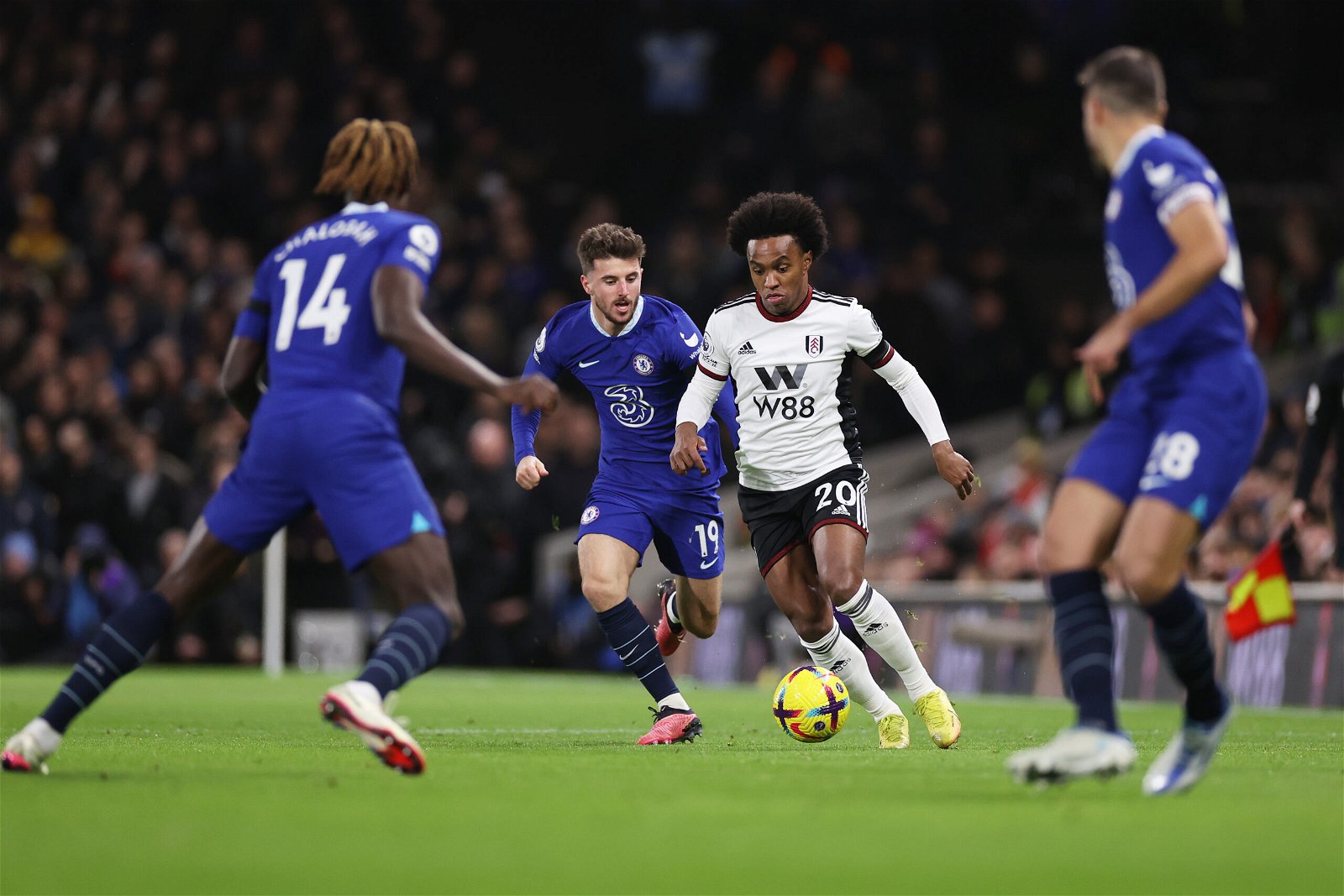 Another day, another loss for Graham Potter and his band of merry men, this time folding under the pressure of a local derby and slipping ever further away from a respectable position in the league table. Not even the exciting debut of Joao Felix could lift the misery hanging over the Blues, with the Atletico loanee seeing red for a late challenge.

The Pensioners started fairly brightly but a familiar malaise descended, with defensive frailties allowing ex-Chelsea stalwart Willian to haunt his former club with a goal in the 25th minute. That came not long after a Bobby Dercordova-Reid effort had cannoned off the crossbar.

On balance, the first half had been better than most 45 minute periods the Blues had suffered through as of late, but that didn’t stop the away side going in at the interval with a deficit and an uneasy feeling.

Kalidou Koulibaly bundled home from a set-piece just minutes after the resumption, but any prospect of three points quickly faded away as Felix picked up a red card on the hour mark and Carlos Vinicius headed the winner in the 73rd minute.

With another injury picked up along the way, Chelsea are in full-blown crisis mode and you get the sense something has to give sooner rather than later, with Crystal Palace next on the agenda this weekend.

Until then, here’s how Absolute Chelsea rated the Chelsea players’ pitiful performance.

Three shots to deal with in his goalmouth, and two sailed past him. While there wasn’t much he could have done for the first, his decision to come and try to claim the second was pretty inexcusable. Commendable form in recent times, but it does feel like the leopard is regaining his spots a little.

Restored to the lineup this evening and fans will have wished that wasn’t the case, in hindsight. To say he wasn’t at the races was an understatement, making a number of errors in quick succession in the run up to Fulham’s opener, which he deflected past his goalkeeper. Struggled with the physicality of the Cottagers’ frontline and lost his man for the winner. A bit of an unmitigated disaster, if truth be told.

Penny for the Brazilian’s thoughts tonight. ‘O Monstro’ must be exasperated with his defensive partners, given most of his time is occupied with bailing them out or holding their hand. Escapes as the only member of that unit who displayed the bare minimum level of competence.

The man who wears John Terry’s former number on the back of his shirt inspired very little confidence at the back again, although getting himself on the scoresheet like the Blues’ long-time captain was at least some recompense. Shaky with poor ball control and never too far away from a lapse in concentration or a rush of blood to the head – it’d be fair to say the real Kalidou Koulibaly hasn’t landed in West London, yet, but full credit for being first to react for the equaliser.

Pretty much crucified by the combination of Antonee Robinson and friend-turned-foe Willian on the right flank. Worked hard just to make that duel anything remotely resembling a competition. Spurned a half-decent chance at the other end of the field in the first-half, too.

Almost conceded a soft penalty early on in the game and it was a sign of things to come, often second best and just a fraction of a second slower than his opponent on the majority of occasions. Plenty of warranted praise for the Swiss international of late, but this was a tougher cold Thursday evening and he was sadly withdrawn just after the interval as he became the latest addition to the Pensioners’ bafflingly long injury list.

The Croatian dynamo has been off his game for quite a while, and it was more of the same here. None of the usual fleet-footed press resistance, driving runs and cute passing was on display – in fact, his passing was outright bad. His indifferent form is escaping attention given the woes of the many, but it’s precisely one of the problems plaguing Chelsea given he has, with the greatest of respect to the other midfield personnel at the club, kept the engine room ticking over nicely in the past couple of years.

Not playing in his natural position, so it goes without saying that there will be difficulties, which seems to elude Graham Potter’s thinking. Partially at fault for the home side’s goal, and generally found Bobby Dercordova-Reid a bit of a handful. His progressive performances earlier in the season surely merit a spell in the centre of the park rather than doing wing-back shifts – indeed one of his bright forays forward led to the free kick in which Chelsea drew level – but I digress.

While his inability to find the runs of his teammates when he seemed to have acres of Craven Cottage to aim at was nothing short of borderline infuriating, Chelsea’s talisman can only be congratulated for his quick thinking in a dead ball situation to try and catch out Fulham ‘keeper Bernd Leno, which led to the goal. Didn’t shy away from his responsibilities when the Blues went down to ten men, looking to make things happen in spite of the difficult circumstances.

Twenty four hours into his London loan and already a breath of fresh air. Started bright as a button and seemed totally unshackled, operating in the hole and not being afraid to try things his new peers have been shy of doing for quite some time. Did not always make the right decision and lacking the finishing touch, but his movement and impetus is cause for optimism where very little can be gleaned by supporters in this tough period. That red card, however… when it rains, it pours.

Plenty to like in his link-up with Felix, but still plenty of moments of clunky, flat-footedness, and he was often more hindrance than help at the tip of the blunted Chelsea spear. Never quite in the right areas to do damage and certainly not attacking the penalty box in the same vein as his Leverkusen days.

Introduced following the Zakaria injury. A pretty vanilla performance, neat and tidy without doing much wrong but offering little going forward too.