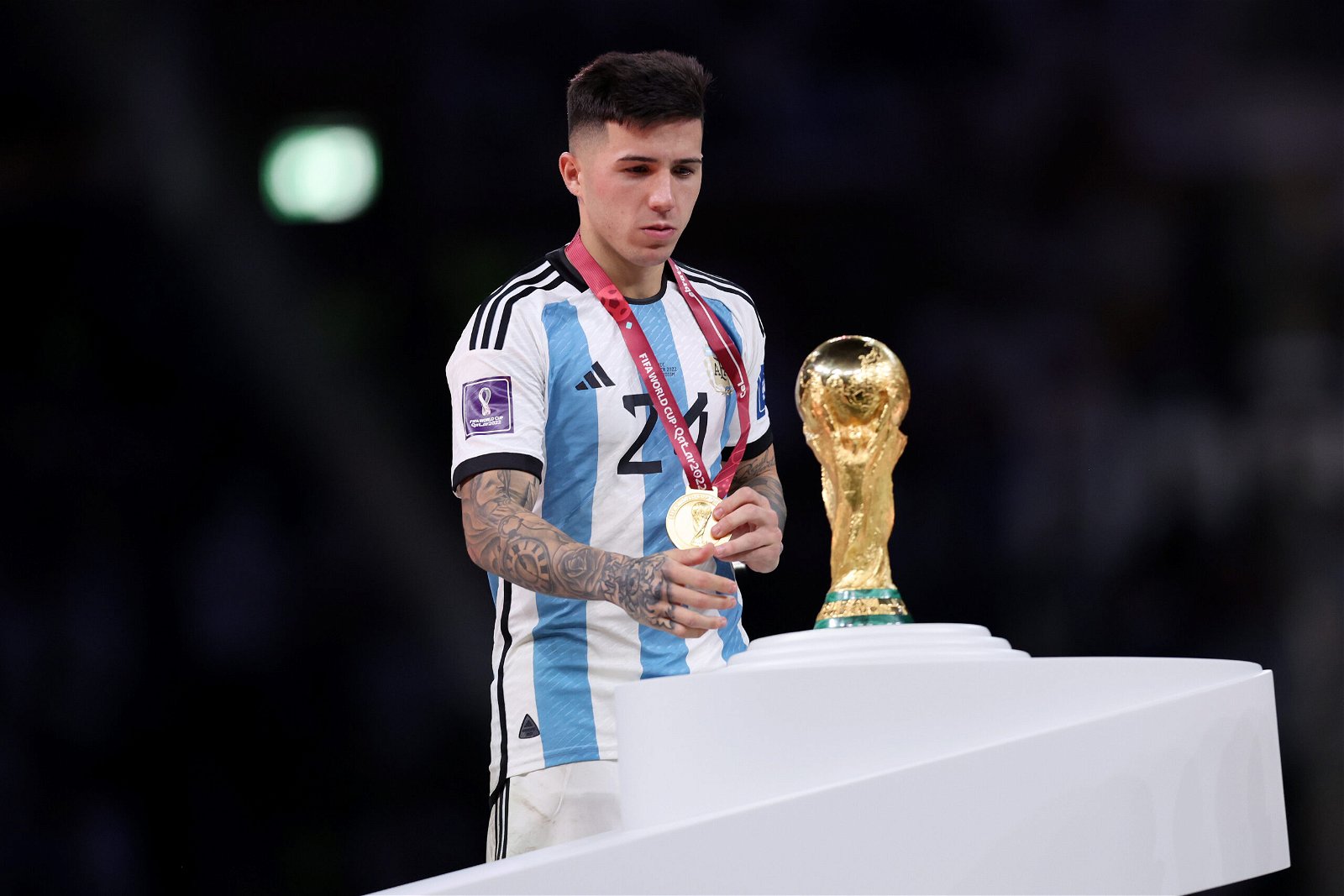 Chelsea are ready to pay a club-record transfer fee to land Enzo Fernandez from Benfica next month, according to reports.

The World Cup winner is in high demand following Argentina’s triumph in Qatar and Chelsea have been strongly linked with a switch for the midfielder.

Chelsea are eyeing a revamp in midfield due to the uncertain futures of Jorginho and N’Golo Kante, both of whom are out of contract at the end of the season and increasingly likely to depart next summer.

Declan Rice and Jude Bellingham have been targeted but Chelsea will face strong competition to land the pair when they are expected to be on the move in the summer transfer window.

Fernandez, 21, has emerged on Chelsea’s shortlist and according to a report from Duncan Castles, co-owner Todd Boehly is ready to splash the cash to bring him to Stamford Bridge next month.

It’s claimed Chelsea are prepared to pay in excess of €127 million to sign Fernandez and they hope he will push for an immediate move to make the transfer in the winter window.

Benfica want to keep hold of their prized asset and believe they can still retain him and secure a fee of around €80 million next summer due to the fees likely to be commanded for Rice and Bellingham.

Fernandez was reported to have returned to Benfica on Tuesday after World Cup duty and is due to discuss Chelsea’s interest with the club, who are open to a summer sale but not a winter move.

Potter was asked about the January window, which Chelsea are prioritising a centre-back and striker, and their interest in AS Monaco’s Benoit Badiashile, but was firm in his response.

He said: “My answer is I don’t speak about anyone that isn’t a Chelsea player. There are lots of people who get linked to this club and I’d be wasting your time and mine if I responded to every one.