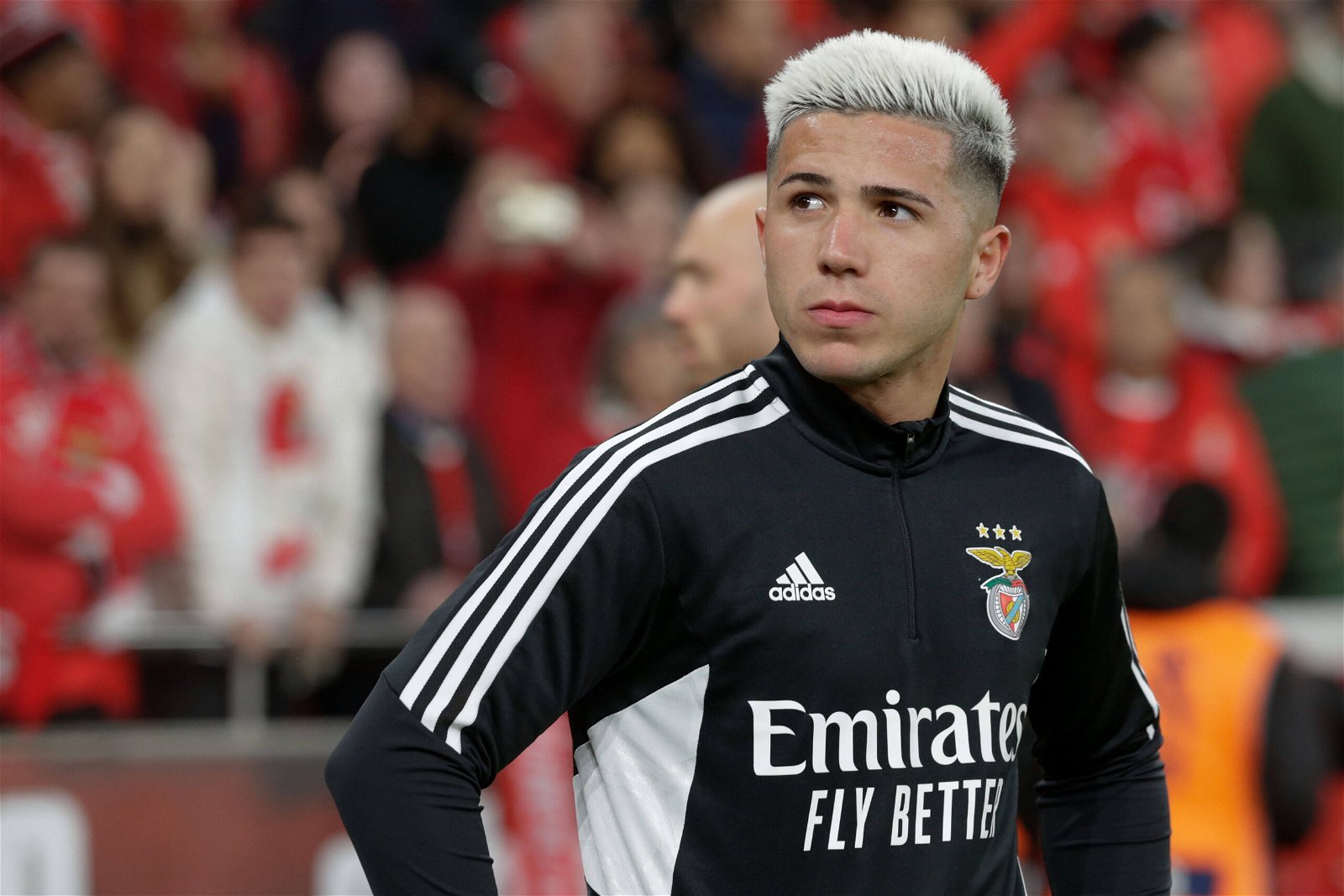 Chelsea have renewed their pursuit of Enzo Fernandez heading into the final week of the January transfer window, indicating they want to finalise a deal with Benfica.

The 22-year-old is wanted by Chelsea to bolster their midfield this month, however Benfica aren’t budging on their transfer stance of wanting to keep hold of the World Cup winner until at least the summer.

Benfica are adamant Fernandez will stay at the club once the January window closes unless Chelsea trigger his €120 million release clause.

Talks took place at the beginning of the month between the two clubs, with Chelsea initially convincing Fernandez to make the switch to Stamford Bridge just six months after joining Benfica from River Plate.

Now Chelsea have reopened talks this week to try to convince Benfica to sell Fernandez before the window closes next week.

An offer, according to reports in Portugal, is being readied by Chelsea – €100 million plus players, however Benfica are set to reject the bid once it arrives.

So if Chelsea have gone back in for Fernandez in the closing days, having signed six players already and eyeing a deal for Lyon’s Malo Gusto, what does that mean for Graham Potter’s side?

Chelsea would, you would like think, have learned their lesson from the first round of talks a couple of weeks ago. So, heading into the final week of the window and looking to complete swift deals, the first indication is that they have been given confidence or a hint that a deal outside of the €120 million clause is possible.

They are unable to use Fernandez as a chip because the midfielder won’t get involved and disrespect Benfica. He will continue training until he is told otherwise, leaving discussions to between the clubs only and not involving him unless a fee is agreed.

2) To give them upper hand in Moises Caicedo negotiations

Chelsea have also had a bid rejected for Brighton’s Moises Caicedo. A £55 million offer was lodged last week but the Seagulls knocked it back immediately. It’s claimed Roberto De Zerbi’s side are wanting in excess of £75 million for the 21-year-old.

It’s unclear if it’s one or the other with Fernandez and Caicedo, but it’s extremely unlikely both would be signed this month. So, Chelsea may be using the Fernandez deal as a speculative hope while using it as bait to try to get Caicedo for a lower price, making it look like they aren’t desperate to bring in a midfielder this month.

READ MORE: What Moises Caicedo has told Chelsea over his Brighton future amid transfer interest

With Benfica adamant that they want the €120 million release clause activated if Fernandez is to leave this month, Chelsea could be, privately, ready to trigger his release clause eventually. They may be just trying their luck in agreeing another deal, which they would prefer, before triggering the clause if they have to.

This could put Benfica on the back foot in the final days of the window if Chelsea trigger the clause which would leave the Portuguese club scrambling to find a replacement with little time left, giving Chelsea more leverage over sorting out a favourable deal sooner rather than later to ensure Benfica have enough time to bring in a replacement.