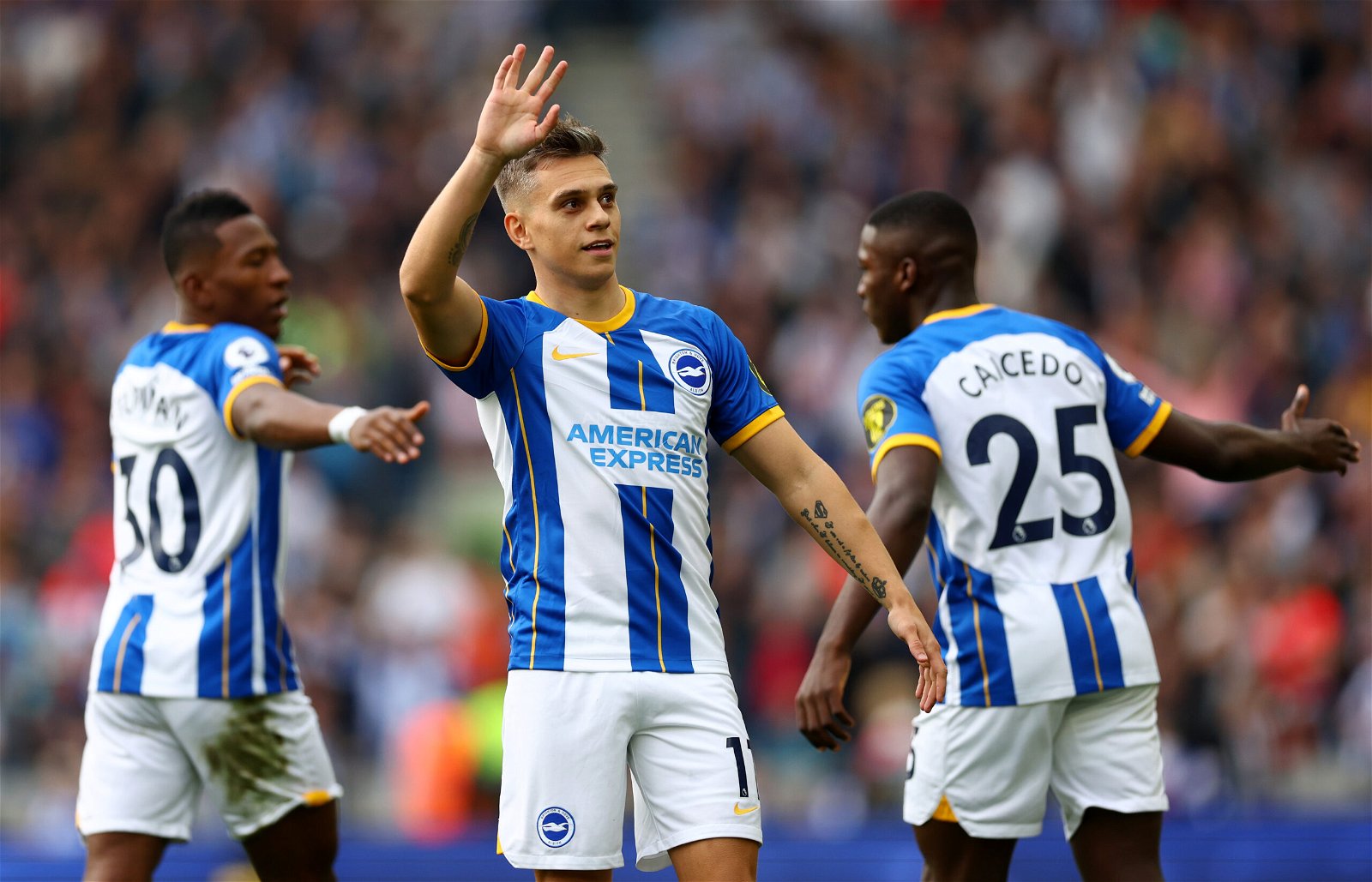 Chelsea have become admirers of Brighton & Hove Albion since the Todd Boehly-Clearlake Capital ownership completed their takeover in May 2022.

Marc Cucurella was the first to be bought, before Graham Potter, his backroom team and Paul Winstanley (director of global talent and transfers) were all appointed following the sacking of Thomas Tuchel and the recruitment revamp at Stamford Bridge.

In recent weeks, Moises Caicedo has emerged as a concrete target for Chelsea however whether a bid will be made this month remains unclear. World Cup winner Alexis Mac Allister is also on their list of potential targets as they look to bolster the midfield.

Chelsea have already made five signings this month but are targeting several more before the window closes. Joao Felix, on loan, and the £88 million signing of Mykhailo Mudryk are the latest to arrive at the club.

One player who has been linked is Leandro Trossard. He is out of contract next summer, after the club triggered his one-year extension earlier this month, but has fallen out with coach Roberto De Zerbi. He was left out of the starting XI against Everton, before being left out entirely against Middlesbrough in the FA Cup.

De Zerbi told Italian outlet Repubblica: “Nothing serious happened with Trossard. But recently, he didn’t give 100 per cent in training and on matchday, that’s it on my side.

“Football deserves respect. I don’t have to apologise for anything.”

Trossard’s agent, Josy Comhair, insisted Brighton should cooperate to allow him to leave this month, admitting it’s “beneficial for both parties”.

“We are now midway through the January transfer window and while there will always be speculation in the media involving our talented players, we are not expecting much movement as far as the Men’s First Team is concerned.”

However, that hasn’t stopped Spurs monitoring his situation down on the south coast. But they are joined by Chelsea, according to the Mirror, who claim the Blues are monitoring their London rival’s interest in the Belgium international.

Chelsea have been linked with bringing another forward to the club before the end of the month, though it’s unlikely to be Trossard.