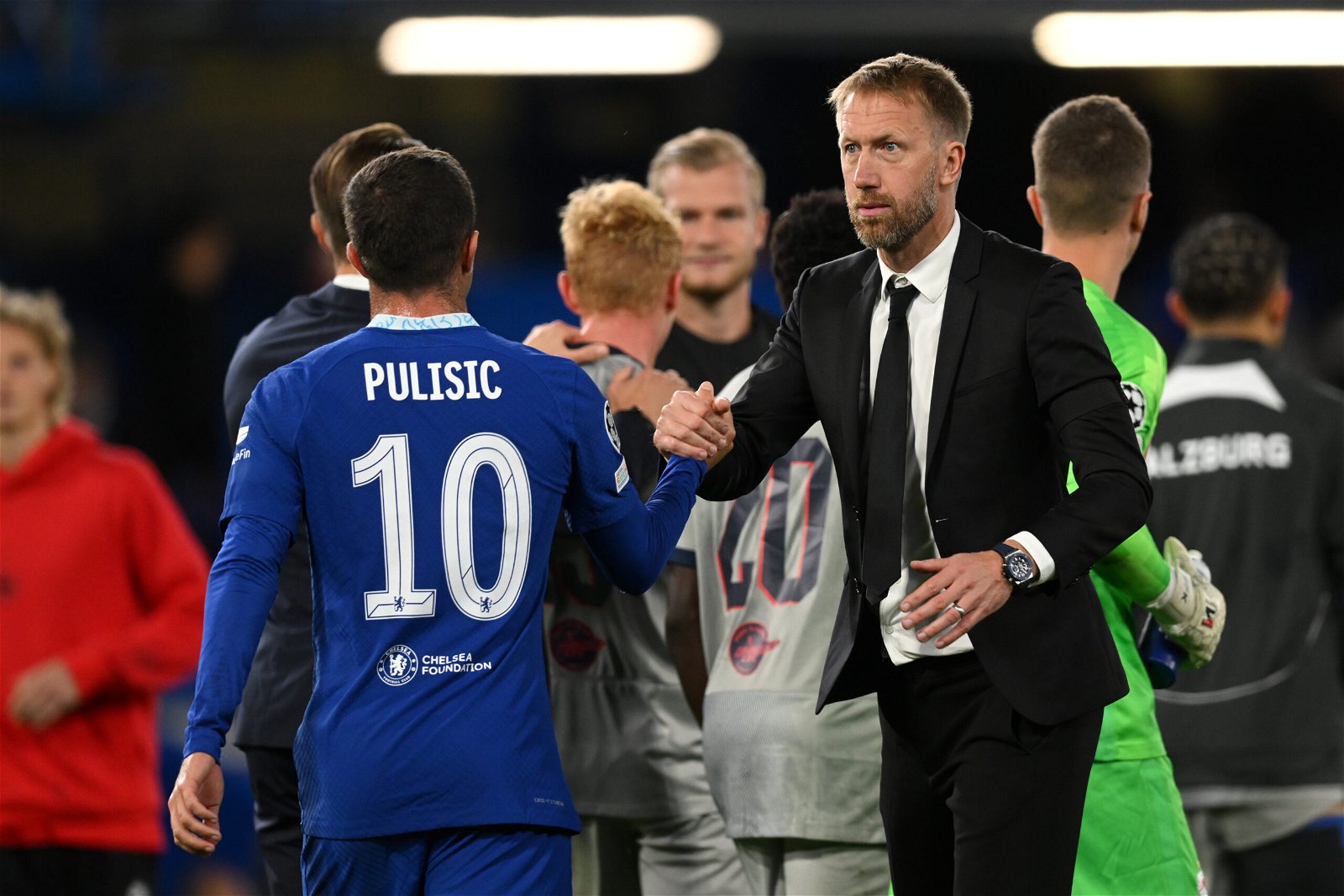 It’s been a disappointing start to the season for Chelsea, who have encountered a whole host of challenges, which sees them down in 10th place in the Premier League.

Despite spending in excess of £250 million during the summer transfer window, Chelsea’s owners are looking to further invest in the squad this month to bolster Graham Potter’s options.

Three arrivals have already been confirmed. David Datro Fofana, Benoit Badiashile and Andrey Santos have all been acquired. Chelsea have been linked with a whole host of other names this month already and are targeting the midfield with Enzo Fernandez of Benfica heavily linked. However, a deal now looks unlikely in January following extensive talks.

Chelsea need to use the January transfer window wisely and strengthen their squad ahead of a difficult second half of the season. However, how possible that will be – with Potter previously admitting completing mid-season business is challenging – remains unclear.

With Christian Pulisic and Raheem Sterling joining eight other first-team players on the injury list this week, Absolute Chelsea takes a look at five options the club could look to sign.

Leao could be the answer to Chelsea’s attacking woes – he has been previously linked. The AC Milan hitman has attempted 52 shots in the Serie A this season – a league leading total. Furthermore, he has created 26 chances for his teammates, emphasising his overall contributions to the frontline.

With Pulisic, Sterling, Mason Mount and Armando Broja all suffering injuries, the Italian giants will undoubtedly command a hefty transfer fee. Leao (G7 A4) has delivered 11 goal involvements across his 15 appearances in the Italian first division this season.

However, Milan have become increasingly confident of tieing Leao down to a fresh contract after reopening talks with the Portugal international.

Mykhailo Mudryk has been of firm interest from Chelsea in the past week, but the Blues know that they face an uphill task signing him with Arsenal front-runners for his signature. It seems that Chelsea may have entered the race a bit too late, but few things are stranger than a January transfer window. The 22-year-old has been involved in 18 goals in 18 games across the league and Champions League this term.

Marcus Thuram has been in fine form for Borussia Monchengladbach this season. The Frenchman has helped himself to 10 goals and 3 assists across his 15 league appearances in the German topflight.

The 25-year-old has demonstrated that he is not one to stand on ceremony and could be departing for the Premier League during this transfer window.

With the Foals yet to register a league win on their travels this season, top four is more of a possibility than a probability, which could prove the difference in the negotiation room.

Reports in France have suggested Chelsea are interested in the Thuram, but no move has yet been made by Potter and Co.

Trossard has worked under Graham Potter and has endured a successful season this term, and found the back of the net against the Blues in Chelsea’s 4-1 defeat at the Amex Stadium at the end of October.

He also scored a hat-trick at Anfield in a 3-3 draw against Liverpool this campaign as well. His versatility in the attacking third would give Chelsea the much-needed quality up front that they need to mount a challenge to complete for a spot in Europe.

However, CEO Paul Barber is not looking to let any of his star players leave, and Chelsea have already raided Brighton twice and won’t be looking to issue out any more favours.

Khvicha Kvaratskhelia has been one of Europe’s breakthrough stars this season and looks on course to guide Napoli to a first league title in over 30 years.

The Georgian prodigy has been involved in 18 goals in 18 matches, including two goals and three assists in the Champions League.

The Blues have taken Napoli’s best player before in Jorginho, so perhaps the Naples could do Potter’s men one last transfer favour this window to secure this bright young talent’s future to London.