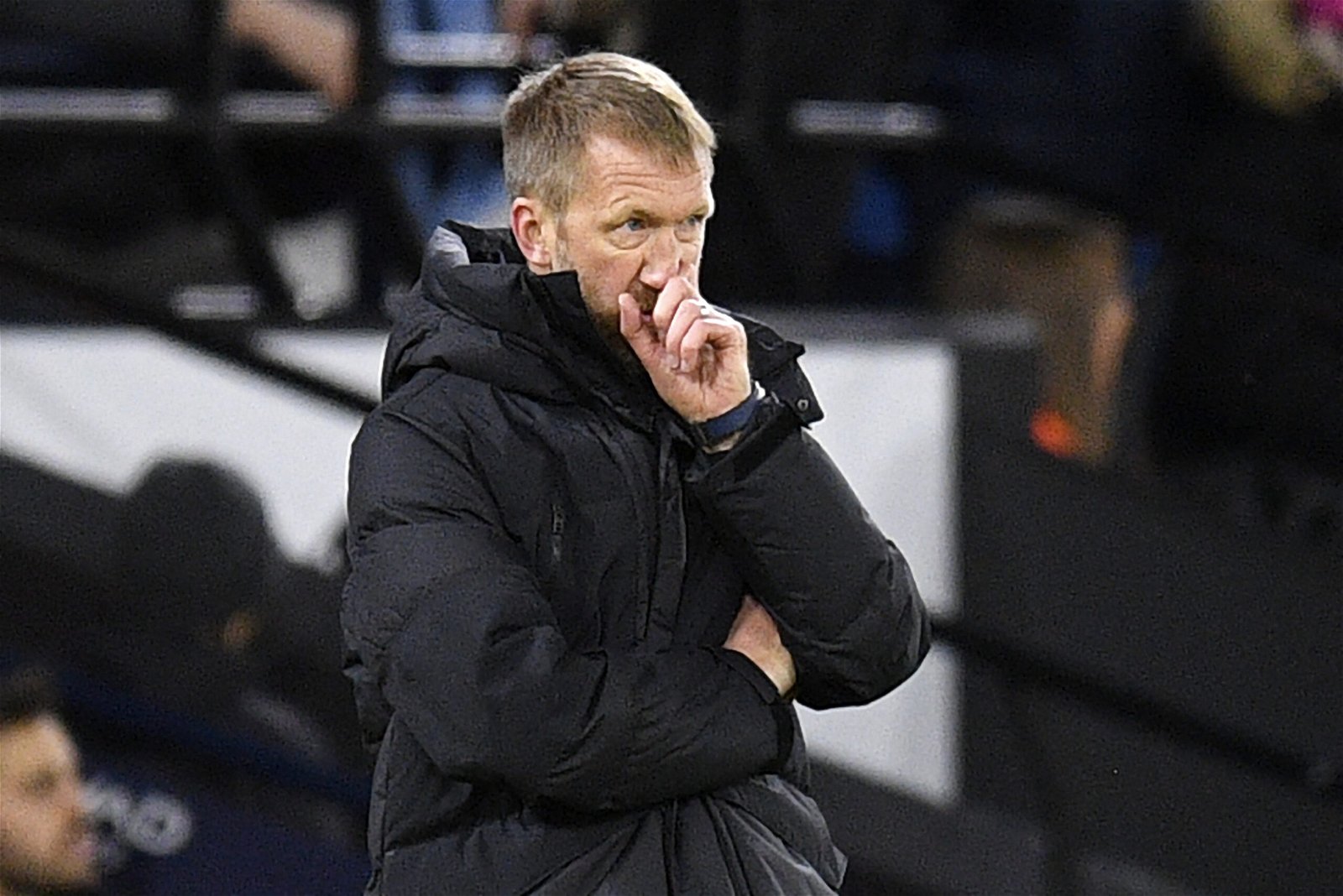 Graham Potter has told his Chelsea squad to remain united to get overcome the period of suffering following their 4-0 defeat to Manchester City.

Chelsea‘s winless start to the New Year continued on Sunday afternoon at the Etihad Stadium as things went from bad to worse for the Blues.

A Riyad Mahrez brace and goals from Phil Foden and Julian Alvarez blew Chelsea away in Manchester despite City not getting out of third gear as they progressed into the FA fourth round to set up a tie against Oxford United or Arsenal.

Potter’s side offered little and were subsequently punished for their individual errors, which included giving two penalties after Kai Havertz punched the ball away in the box and Kalidou Koulibaly fouled Foden late on.

Potter is no doubt feeling the heat and pressure but continued to defend his players post-match even though they produced a performance to forget to all but end hopes of winning a trophy this season.

The 47-year-old has the full support of the club, who is in transition and filled with injury problems that aren’t helping matters on the pitch.

Todd Boehly and Behdad Eghbali will be watching on with a keen eye but are in it for the long haul and Potter is the chosen one to lead Chelsea forward for the rest of the season and beyond.

However, there are short-term problems to fix for the Chelsea head coach, which he accepts, to ensure they remain as competitive as possible and can climb up the table into the European places before the end of the season.

“Like I’ve said, you can make excuses and look for reasons or you can say it’s not good enough,” Potter said. “Both of those answers are correct so we have to keep improving and stick together because clearly we’re suffering as a football club and it’s not nice at all. That’s where we’re at at the moment.”

Pep Guardiola offered his support to Potter after telling Boehly and Co to give him more time to turn things around at Stamford Bridge.

“I would say to Todd Boehly, it was a pleasure to meet him, but give him time. Give him time.

“The second part is about what he is. All the managers need time and he is right. At Barca, I didn’t need two seasons because I had Messi.”