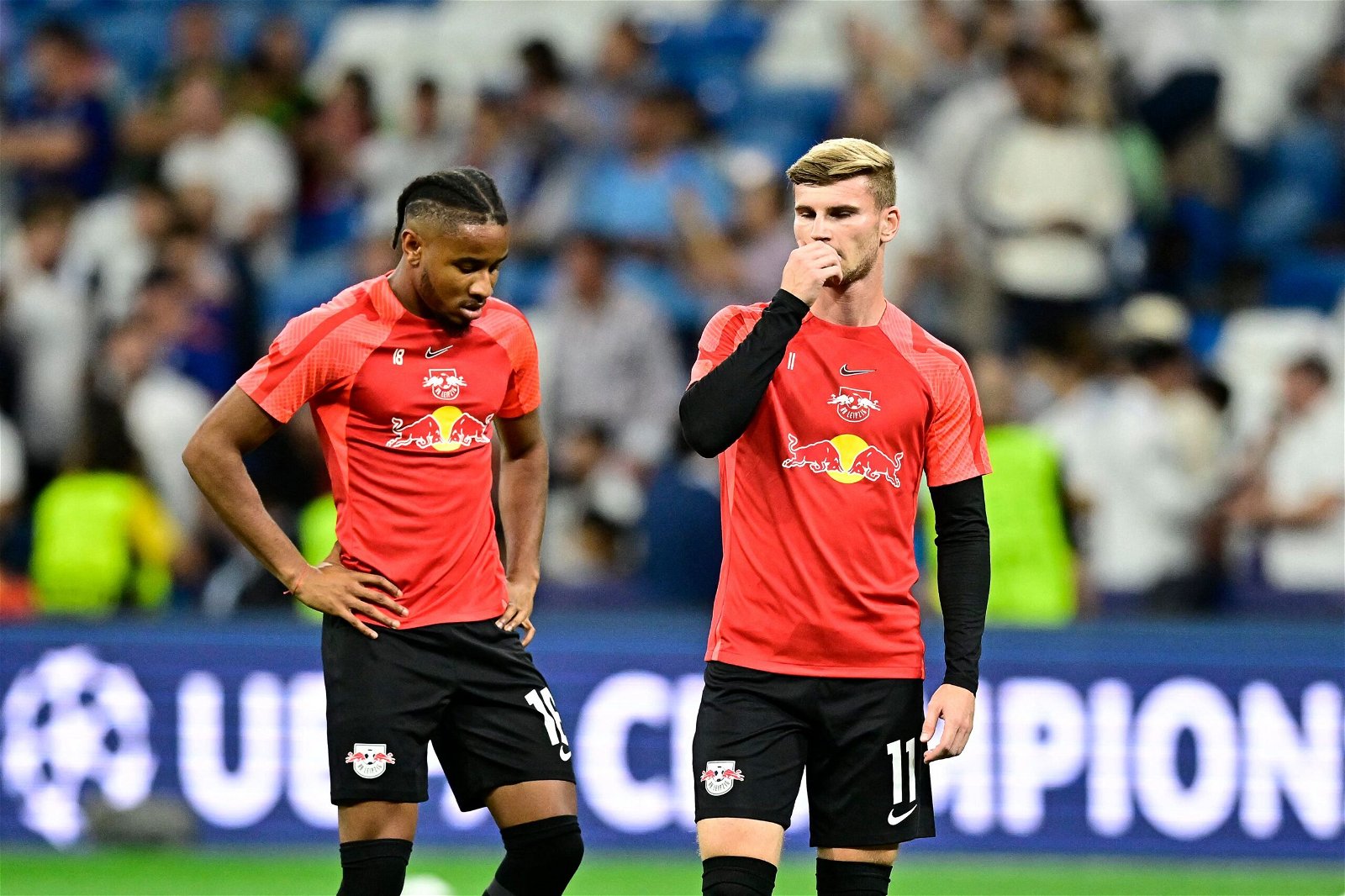 Timo Werner has given RB Leipzig teammate Christopher Nkunku a crucial piece of advice ahead of his summer transfer to Chelsea.

Chelsea have a pre-agreement in place to bring Nkunku to the club this summer after reaching a deal to sign the attacker for in excess of his £52.7 million release clause.

They move quickly to tie him down one year in advance to ensure they won the race ahead of other clubs, and he will join the forward line which has been added to in January following the acquisitions of David Datro Fofana, Mykhailo Mudryk and Noni Madueke, with Joao Felix’s loan move currently only until the end of the season.

Nkunku will be under pressure to deliver from the minute he steps foot in the capital this summer and he has received a message of warning from Werner, who left Chelsea last summer after spending two years at the club to return to Leipzig.

Speaking to SPORTBILD, Werner was asked how he would respond if Nkunku asked him about his experience at Stamford Bridge.

He replied: “I had a very good first year, the second was so-so. I can tell him about positive and negative experiences should he change. At a club like this, you don’t play like you do at RB Leipzig because there’s more competition – not just on a sporting level, but also on a different level, mentally. You have to deal with that and everyone has to find their own way. That’s why it’s the wrong approach to give tips to others.

“Time has changed me a lot. It made me more mature, more reflective. And made me want to go abroad again at the end of my career.

“I still get a lot of letters from Chelsea fans or am addressed on vacation – almost always positively. I think they liked that I was authentic. I think it’s important that you can be who you are in football too. And you don’t always have to pretend.”

Nkunku is likely to see success at Chelsea even if it doesn’t work out the way he or the club hopes it will. Werner knows that all too well following his early return to Germany, but he still has fond memories of his time with the Blues.

He concluded: “Don’t misjudge the time either, after all I won the Champions League at Chelsea!

“And privately I’ve met a lot of great people and made friends. In the end, I wasn’t part of the coach’s plan anymore. You have to accept that and find a way to deal with it.”