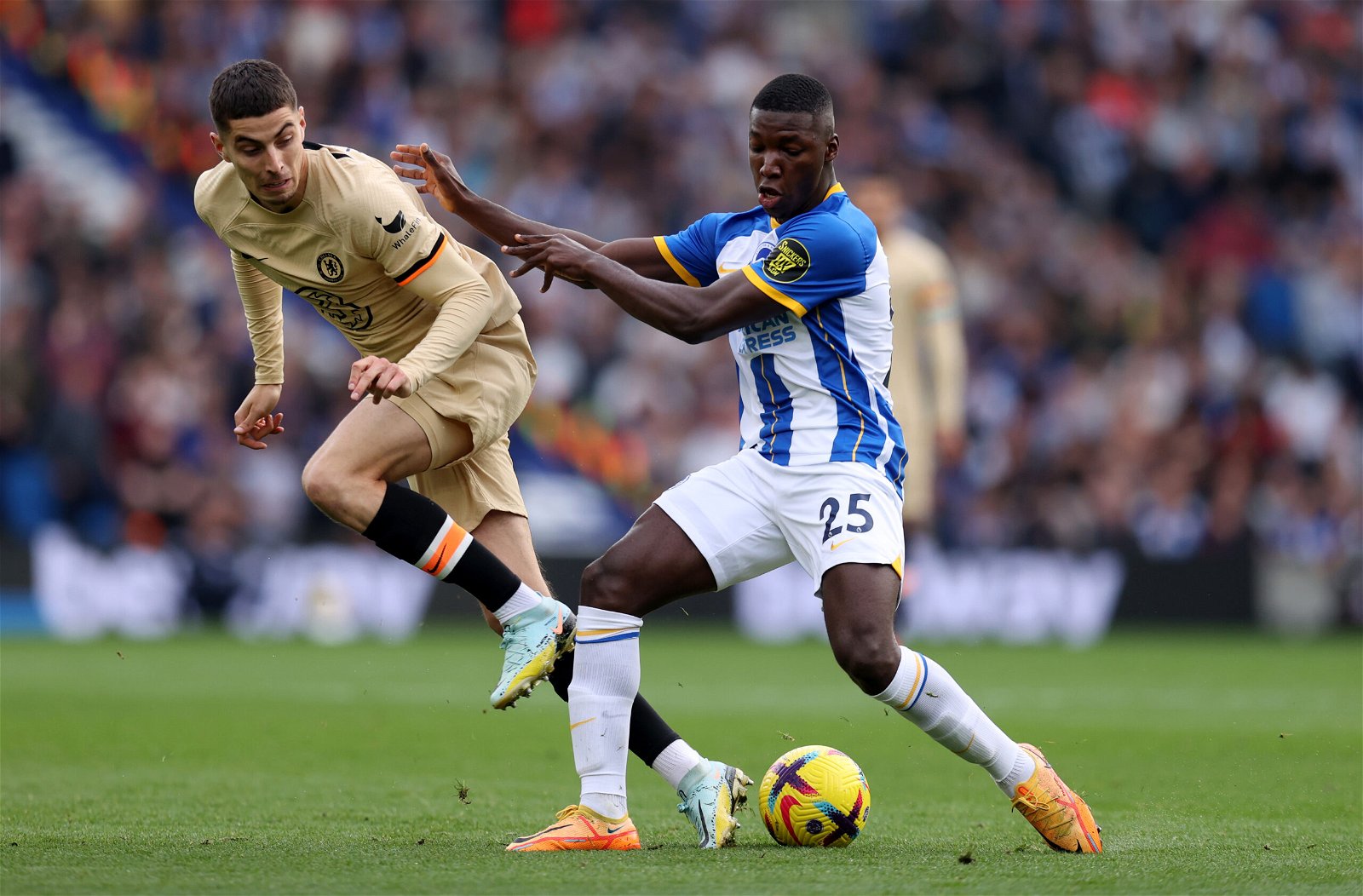 It’s been an extremely busy window for Chelsea in the transfer market and it seems that the Blues are not done with their business just yet.

After completing the signing of Mykhailo Mudryk, Chelsea sealed a deal for Noni Madueke, taking their spend up to over £450 million since Todd Boehly and Clearlake Capital took over the club.

The Blues are now in pursuit of Brighton’s midfield general, Moises Caicedo. Chelsea have had a bid of £55 million rejected for the Ecuadorian international, and it seems that the Seagulls are under no pressure to sell one of their star players anytime soon.

Brighton boss Roberto De Zerbi said on Friday: “Moises is very important for us. I hope he finishes the season with us. When big teams want our players, it’s good news. The best solution is he stays with us.”

Caicedo has a contract with Brighton for the next two-and-a-half seasons, and with that comes a hefty price tag put on his name. The 21-year-old has been one of the standout midfielders this term and will most certainly be on the shortlist as one of the young players of the season.

With Chelsea clearly under a revamp in their squad, Caicedo would make the perfect fit for Graham Potter‘s fold. Jorginho is out of contract at the end of the season, N’Golo Kante has been out for almost the entire campaign so it remains to be seen how he will come back from his injury, while Denis Zakaria is just on loan and currently on the treatment table.

Caicedo, despite the rumoured fee attached to his name of around £85 million, is still a cheaper solution than Enzo Fernandez and more importantly, is Premier League proven. He will also know exactly what to expect from the manager in Potter, who coached him in his time at Brighton.

Further to that, Chelsea‘s director of global talent and transfers, Paul Winstanley, was involved in bringing Caicedo to Brighton when he was head of recruitment at the Amex, so there would be plenty of familiar faces for the Ecuadorian, including former Seagulls teammate Marc Cucurella.

Chelsea are unlikely to have any competition for his signature this month, with the Blues having all the measurements in their favour to turn his head in the direction of Stamford Bridge.

The box-to-box midfielder has started all but one of Brighton’s games in the Premier League this term and at the age of 21, he also has experience of playing at a FIFA World Cup with Ecuador, where he found the back of the net in Qatar, but was left disappointed as his country failed to qualify out their group.

With Chelsea having a difficult start to the season, it’s clear that reinforcements are on the way and with the Blues already bulking up their defence and attack, now is the time for the Blues to go all-out for Caicedo.

Mudryk has been side alongside David Datro Fofana, Benoit Badiashile, Andrey Santos and Joao Felix, with Madueke’s announcement imminent.

Potter was coy on any further incomings but until the window slams shut at the end of the month, the 47-year-old’s words should be taken with a pinch of salt.

“I don’t think they’ll be too many to be honest,” admitted the Chelsea head coach.