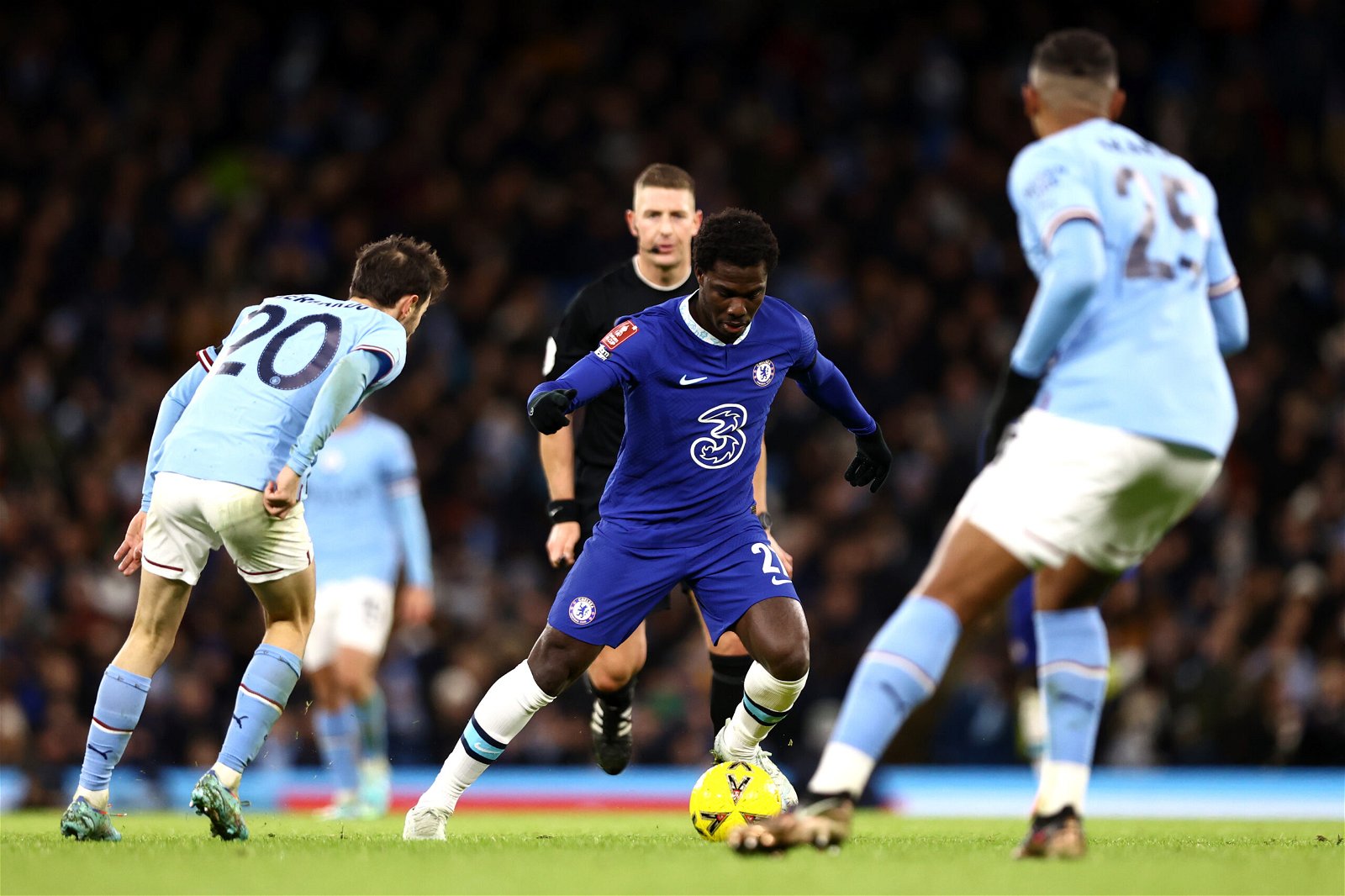 David Datro Fofana’s future at Chelsea looks set to be resolved in the coming weeks despite arriving at the club this month, according to reports.

The 20-year-old’s arrival was confirmed last week after a pre-agreement was struck with Molde for Fofana to join the club from January 1.

“Hello dear fans,” Fofana uttered, “I’m here, I’ve arrived well and I’m very happy to sign for the club of my dreams. I’ll see you soon on the pitch, cheers!”

He has already training with his teammates at Cobham and made his debut for the club, having selected the number 27 shirt, during their 4-0 defeat to Manchester City on Sunday evening in the FA Cup.

Graham Potter brought the Ivorian on at half-time for a run out at the Etihad Stadium but he was unable to get on the scoresheet on debut as Chelsea crashed out of the FA Cup in the third round.

The only options in attack for Chelsea are Kai Havertz and Pierre-Emerick Aubameyang, however the latter missed Sunday’s defeat due to a ‘tight back’ and is likely to return for their Premier League clash against Fulham on Thursday. Armando Broja is out for the season following an anterior cruciate ligament rupture.

Chelsea’s plan for Fofana remained unclear over whether or not he would remain at the club until the end of the season.

Head coach Potter outlined their initial plans for him, stating: “He’s been on a bit of a break so we’ll give him some time to train, to assess him, and then work out the best solution in terms of taking the next step in his career.”

Now Fabrizio Romano has revealed that a date has been set for a decision on Fofana’s short-term future.

He reports that Chelsea, along with Potter, will make a call over a potential loan move in the second half of January.

Fofana will get his chance to impress the Chelsea head coach before a final decision is made with the board.