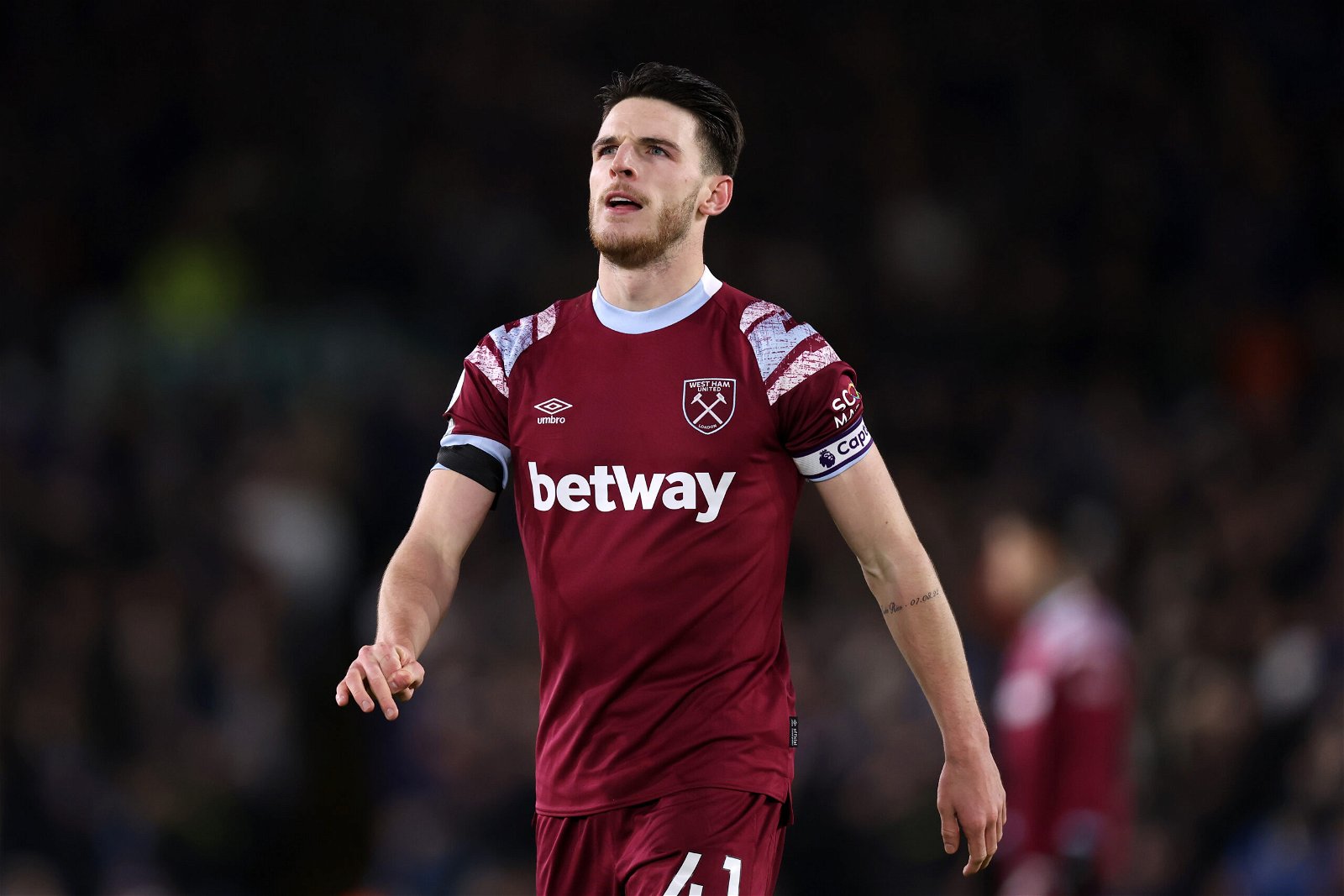 Declan Rice’s dream of Champions League football could hand Chelsea a huge setback in their pursuit of the West Ham United midfielder, according to reports.

The former Chelsea academy player has been heavily linked with a return move back to the Blues the past couple of seasons but a transfer has never been completed.

Having been released at the age of 14, Rice made the switch from west London to east London to join the Hammers academy.

After breaking through to the first-team in 2017, the England international has become a key figure for West Ham and has taken on the role of captain.

There has been some good form shown in Europe from the Hammers this year, they topped their group and have qualified for the knockout stages of the UEFA Europa Conference League.

However, the season overall has been a difficult one for David Moyes’ men, they currently sit in 17th place in the Premier League and are only above the relegation zone due to goal difference.

The level they are playing at will likely not be enough to convince Rice to stay, the 23-year-old has aims of playing in the Champions League.

“One hundred percent I want to play in the Champions League,” he said while on World Cup duty with England. “For the last two or three years I’ve been saying that.

“I’ve been playing consistently well for my club and I feel like I really want to keep pushing. I see my friends here who are playing Champions League and for big trophies.

While Chelsea have been leading the way for Rice in recent years, it is now being questioned whether the Blues would have enough to attract him to sign for them amid interest from Manchester City and Manchester United.

As well as West Ham, Chelsea are struggling this season and it looks as though securing Champions League football for next season will be an extremely difficult task.

The Blues are in tenth place in the Premier League at the moment and are ten points adrift of the top four places.

As reported by the Daily Mail, there are emerging concerns that Chelsea may not be able to attract the calibre of player they want to should they fail to qualify for the Champions League.

Rice has made it clear he wants Champions League football, so Chelsea need to show some rapid signs of improvement under Graham Potter in the second half of the season.