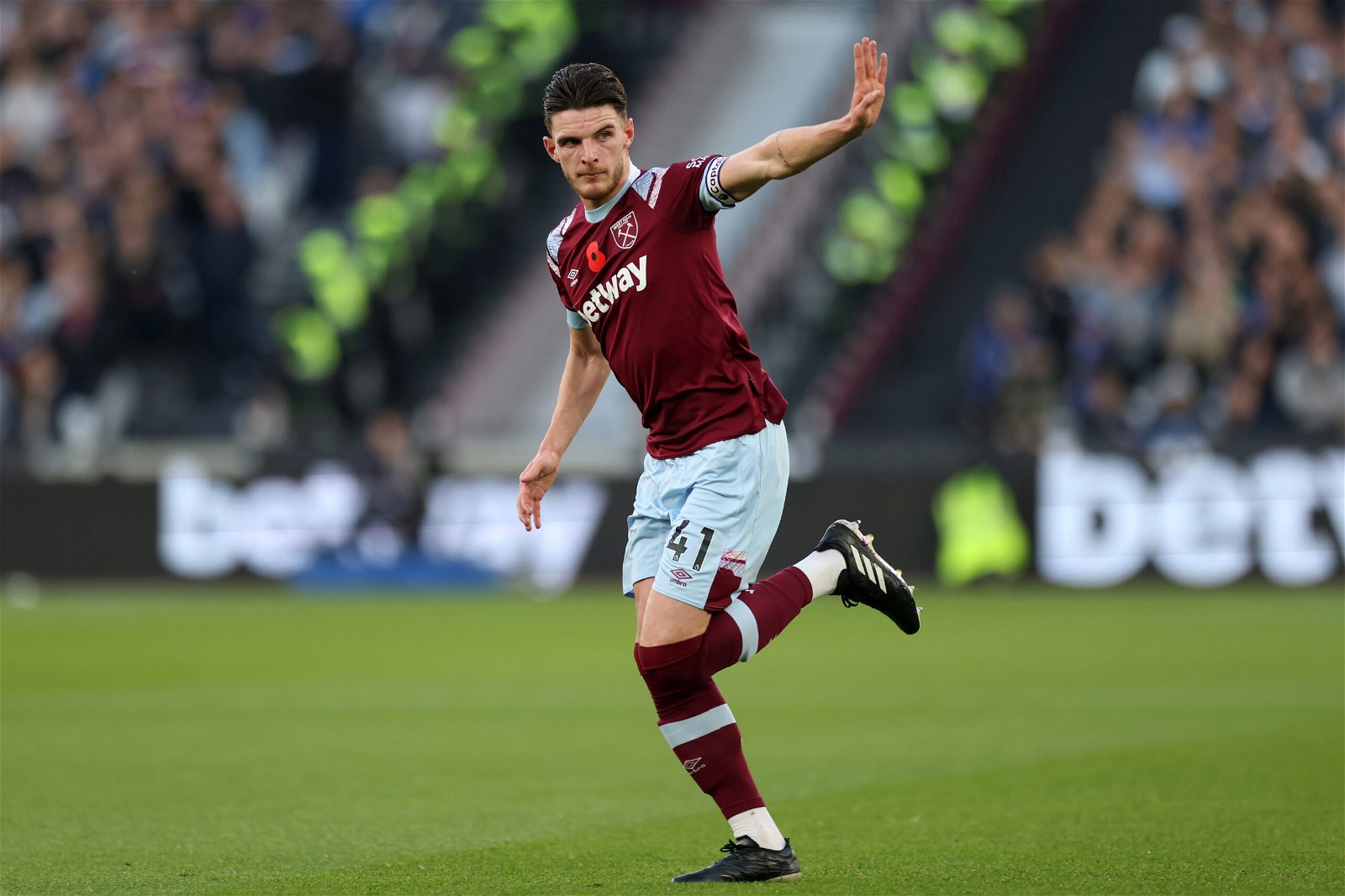 West Ham will reluctantly allow Declan Rice to leave the club in the summer amid interest from Chelsea, Manchester City and others, according to reports.

Rice will have one year remaining on his contract at the end of the season, however West Ham do have the option of extend the deal by a further year.

However, it does appear that the England international will depart after the 2022/23 campaign which sees him enter his final months as a West Ham player.

Chelsea have held a long-term interest in the 23-year-old, while Man City and Manchester United are also monitoring the situation.

Now as per The Athletic, a bidding war could commence with the Hammers conceding internally that Rice will be sold in the summer. But he will not be allowed to leave, under no circumstances, in January.

Rice’s plan is to leave but wants to do so on ‘amicable’ terms and won’t hand in a transfer request to force a move.

Chelsea want to bolster their midfield and Rice, a former academy player, is top of their list, while they are also keen on Borussia Dortmund’s Jude Bellingham.

Todd Boehly and Co are worried about losing Rice to their rivals, Man City and Man Utd, and will need to offer big-money to land the midfielder.

Previously, West Ham have wanted at least £100 million for Rice but with his contract continuing to tick down, they may have to settle for less.

During World Cup duty with England, Rice expressed his desire to compete for big trophies like this fellow countrymen, something he can’t do at West Ham.

“One hundred per cent, I want to play in the Champions League. For the last two or three years, I’ve been saying that. I’ve been playing consistently well for my club and I feel like I really want to keep pushing.

“I see my friends here who are playing Champions League and for big trophies.”

He added: “You only get one career and at the end you want to look back at what you’ve won and the biggest games you’ve played in. I really want to do that.”

If Rice were to join Chelsea, he would link up with his best friend Mason Mount in a Blues shirt. The pair have already outlined their hopes of lining up together for both club and country and that could come into fruition next summer.