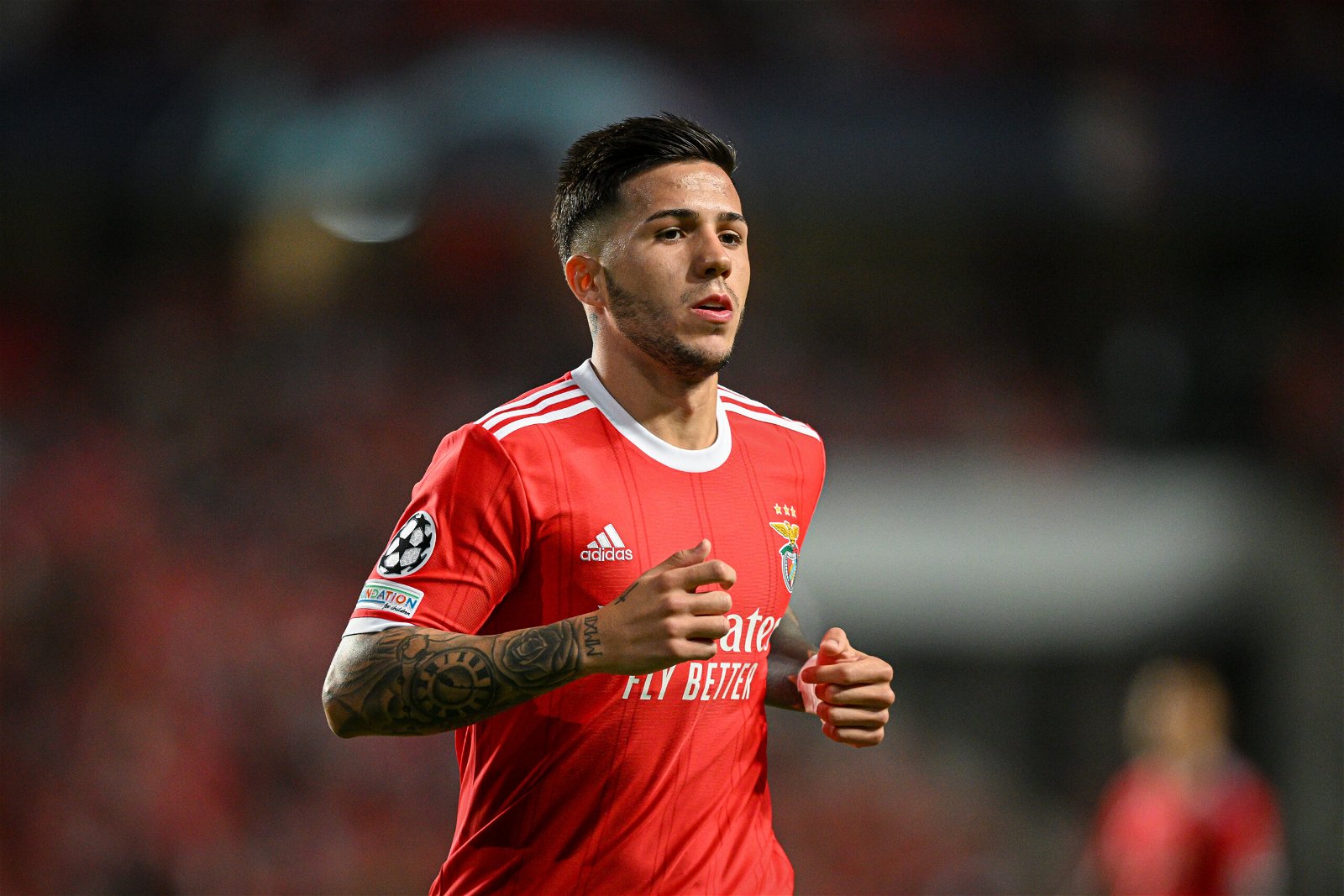 Benfica have held talks with Enzo Fernandez in an attempt to try to convince him of rejecting a move to Chelsea next month, according to reports.

Chelsea‘s owners are hoping to bolster Graham Potter‘s squad in the January transfer window and the midfield department is an area the recruitment team would like to strengthen if possible.

Fernandez, who was a breakout at the World Cup in Qatar which Argentina came out triumphant, has been targeted by Chelsea and the west London side have made it clear to Benfica of their willingness to trigger his £105 million release clause.

However, Benfica are reluctant to let the 21-year-old depart next month and unless a club triggers his release clause, they don’t want to sanction a sale until the summer.

Fernandez was quizzed on his future in Argentina and responded with a tight-lipped answer, telling a group of fans: “I don’t know anything about that (the transfer interest). It’s up to my agent, I don’t want to get involved.

“I’m focused on Benfica, in a few days we have an important game. I have a flight at night to play in the game on Friday.”

Benfica are working on trying to persuade him to stay until the end of the season and told Fernandez they believe it would be of ‘long-term benefit to his career’.

It’s also claimed that Costa used Chelsea’s Premier League position, which is currently eighth, as another indicator over why he should remain at Benfica.

Benfica played one final card to convince the Argentine to stay; they are ready to ‘substantially improve’ his current deal with performance-related bonuses and to increase his release clause by €80 million. However, they will allow him to leave for less than that in the summer.

Chelsea have their work cut out if they want to smash their club-record transfer fee, which was only beaten last summer following the arrival of Romelu Lukaku from Inter Milan for £97.5 million.