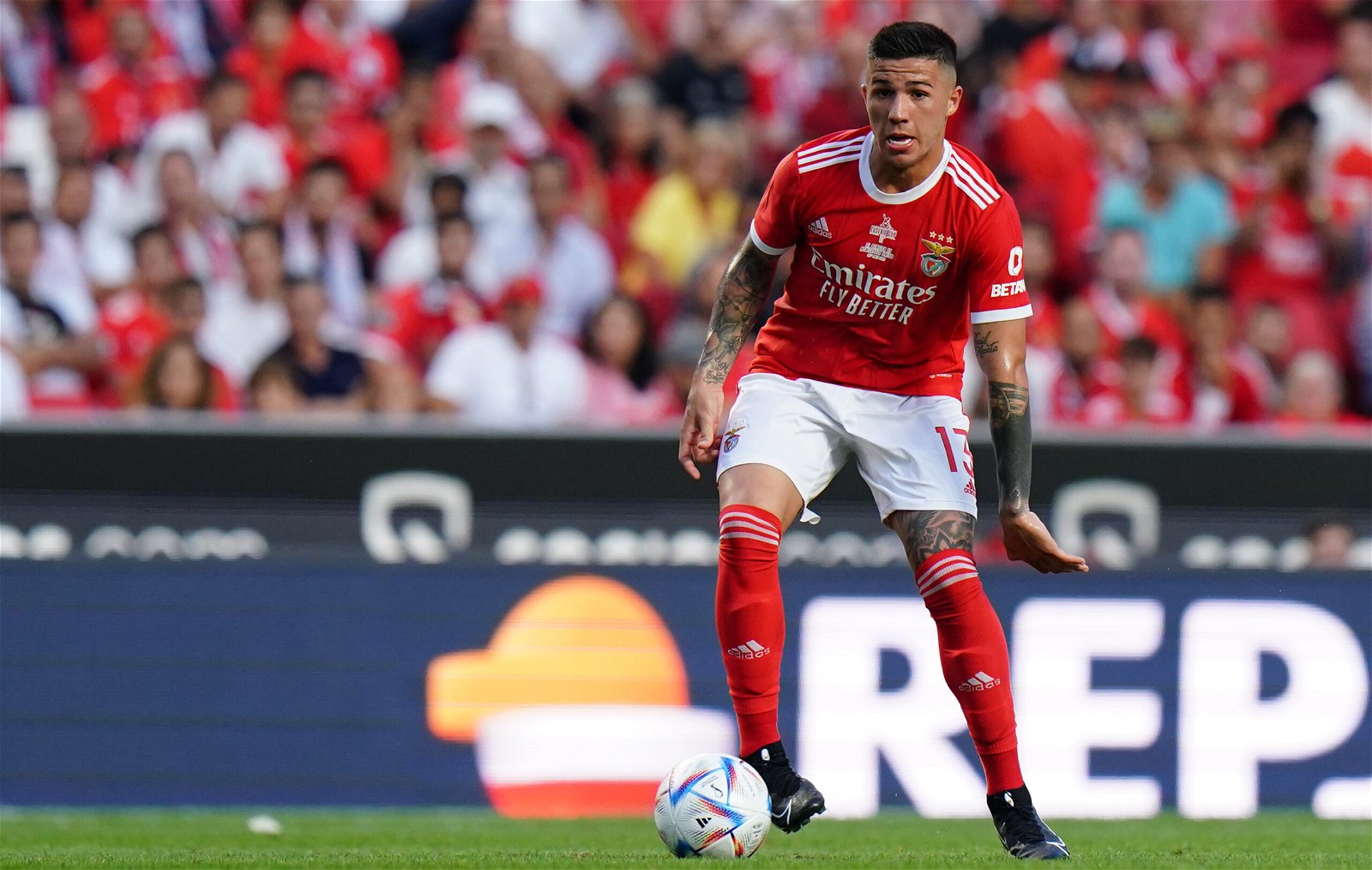 Chelsea have been dealt a blow in their pursuit of Enzo Fernandez this month as Benfica prepare for his training return.

The 21-year-old has been described by Benfica to have gone ‘crazy’ in the last week or so due to Chelsea’s transfer interest in the Argentine.

Graham Potter’s side managed to convince Fernandez to join the club this month, however Chelsea were unable to agree with Benfica who were initially reluctant to let him leave during the middle of the season.

Their stance softened and they entered talks with the Premier League side, who were not prepared to trigger his €120 million release clause and instead wanted to negotiate a different deal.

But Chelsea’s conduct managed to annoy Benfica whose manager Roger Schmidt slammed the Blues in public prior to their match against Portimonense on Friday, claiming they disrespected all involved due to their behaviour when trying to force a deal.

Fernandez has been disciplined by Benfica after he missed a double training session at the start of the week on Monday due to flying to Buenos Aires, Argentina for New Year’s celebrations.

The club were not happy and he was not involved on Friday against Portimonense, a game that they won 1-0 at the Estádio da Luz.

Benfica have told Chelsea they will have to trigger his €120 million release clause otherwise he has no chance of making the switch to Stamford Bridge in January.

Fernandez posted on his Instagram about his attendance at their game on Friday and he is set to return to training on Saturday, Benfica confirmed.

They are now looking to focus on the football and count on Fernandez for the remainder of the easona as they eye the Liga Portugal title. Benfica are currently six points clear at the top.

Schmidt told reporters post-match: “Of course he wasn’t well last week, so he wasn’t in the team, but tomorrow (Saturday) morning I’ll be very happy to have him in training.

“He’s our player, we count on him and we need him to be champions. Now we can focus on football.”