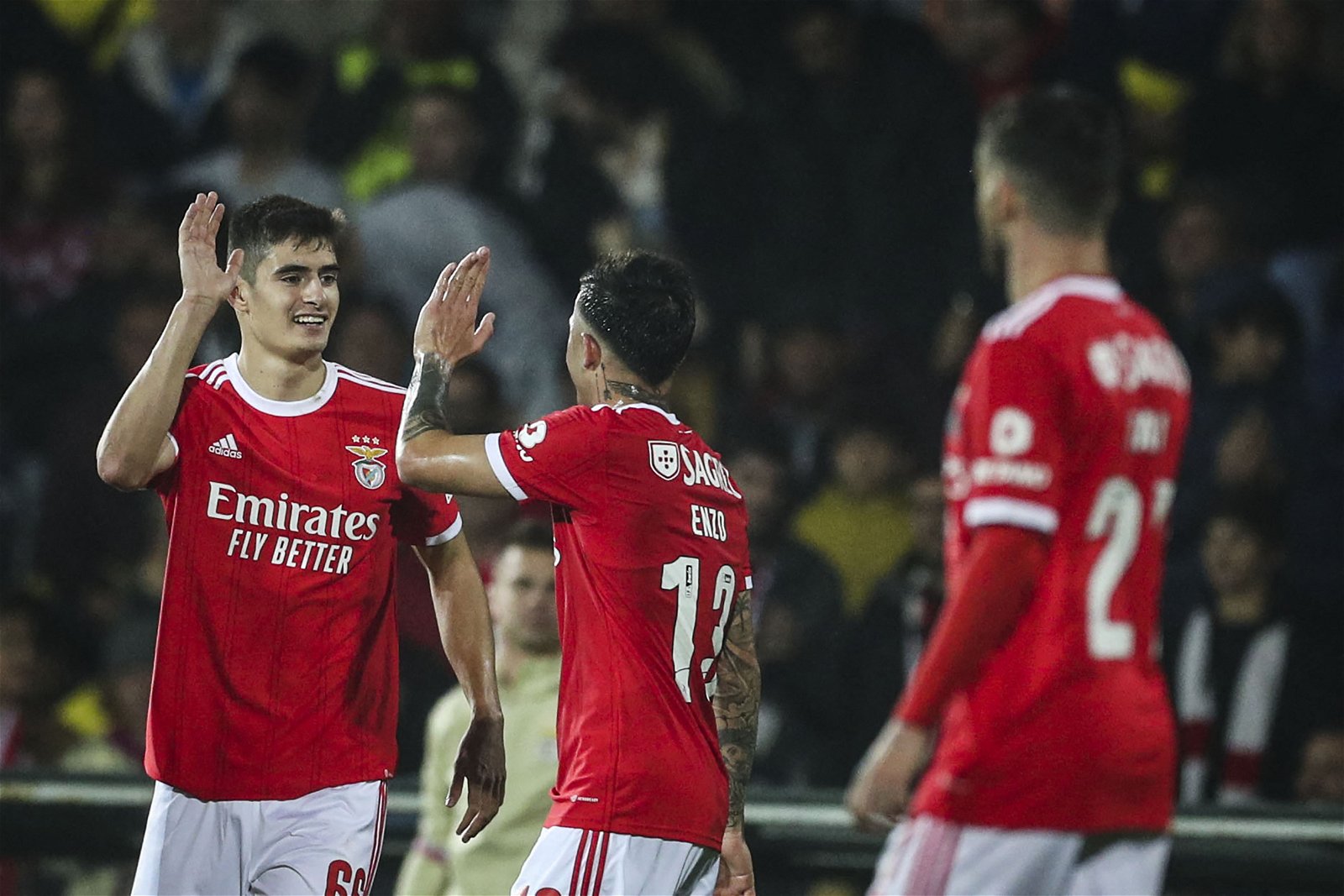 Enzo Fernandez’s celebration after scoring for Benfica on Tuesday night against Varzim has sent a clear indication over his future amid January interest from Chelsea.

The 21-year-old netted Benfica’s second late on after Alex Grimaldo’s opener in the Taça de Portugal last-16 tie to seal a 2-0 win to progress Benfica into the quarter-finals.

Fernandez returned to the starting XI after being dropped for their 1-0 win over Portimonense due to disciplinary reasons after flying back to Argentina for New Year’s without permission from the club and missing a double training session.

The World Cup winner has been the subject of January interest from Chelsea and was convinced by the Blues to make the switch to Stamford Bridge this month.

However, Chelsea were unable to agree a fee with Benfica, who felt they were disrespected after the London side were reported to have heavily reduced their verbal indications when making a final offer for Fernandez.

Benfica boss Roger Schmidt slammed Chelsea for their conduct in transfer talks which has seen the Portuguese club revert back to their initial stance of interested clubs having to trigger the €120 million release clause to sign Fernandez this month.

It remains unclear if Chelsea will make a fresh attempt to sign Fernandez this month with around three weeks still to go until the window closes.

After being disciplined, Fernandez was welcomed back into the Benfica setup ahead of their game against Varzim, which Schmidt cleared up and confirmed there were no more issues and that the Argentine was happy at the club.

“I already said that last week at a press conference and after the match against Portimonense, the issue with Enzo is closed.

“There’s no issue anymore. He is our player. He is in a very good condition and he is training well. He is happy, so he’s part of the squad and is a key player.

“So I think I have already said everything about it.”

After returning for Benfica on Tuesday night, he tucked home in the 78th minute from inside the box and his celebration sent a message to both Benfica as well as Chelsea.

He can be seen tapping the Benfica badge before pointing down to indicate he has every intention of remaining in Portugal this month despite interest from Graham Potter’s side.

Schmidt confirmed he expects Fernandez to be at Benfica once the window shuts, stating: “I never doubted his attitude and personality. He’s a great person, he’s at Benfica and he loves playing for Benfica.

“Do I expect to have him after the end of the market? Yes I expect.”

Chelsea are still in control of their own destiny regarding Fernandez. If they trigger his €120 million release clause, Benfica are powerless and a move for the Argentine international could still be on. It’s all on Chelsea.