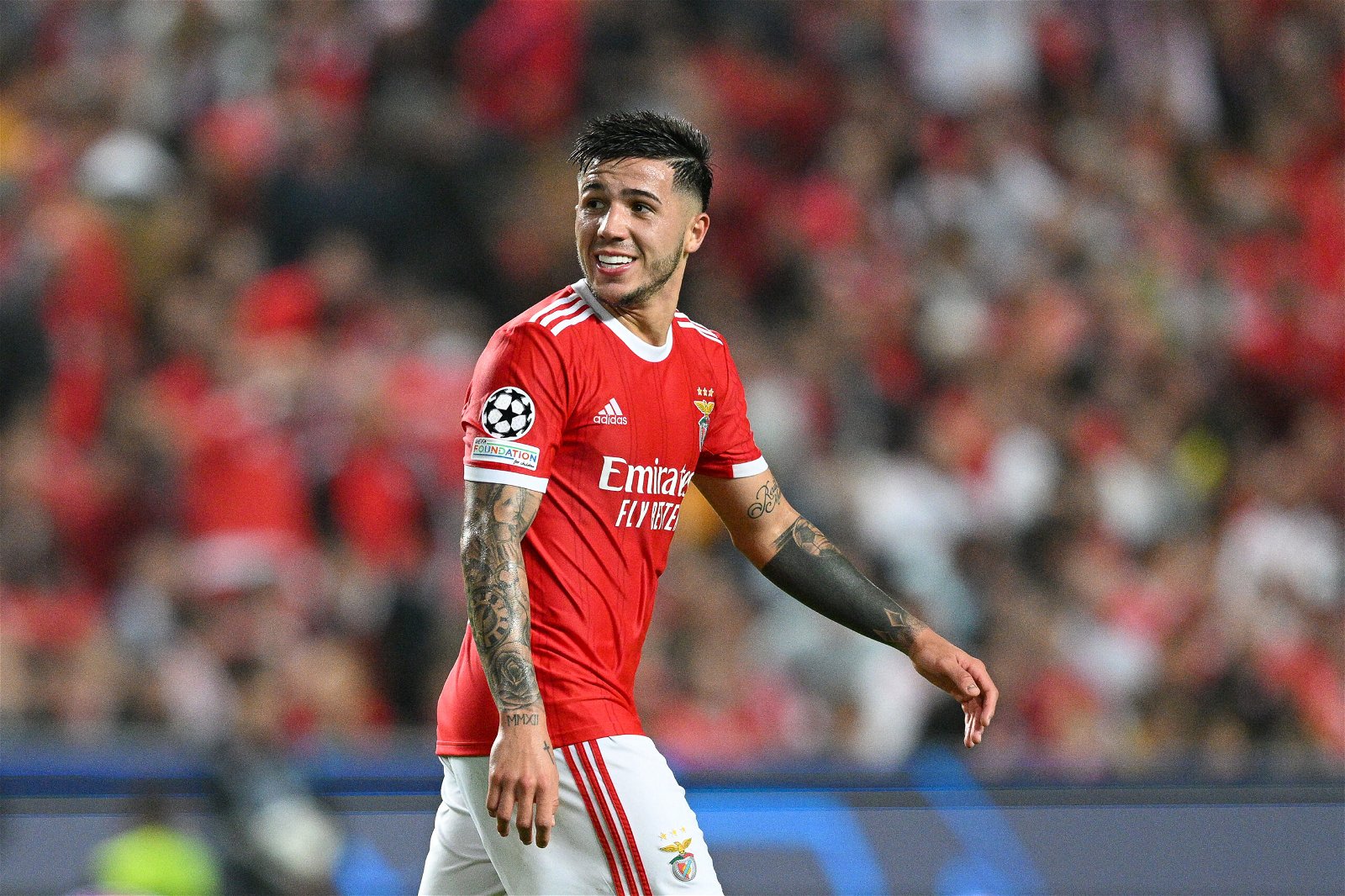 Enzo Fernandez has played down the heavy transfer interest being shown in him following his breakthrough at the 2022 World Cup.

The 21-year-old was a standout for Argentina in Qatar which saw them be crowned World Champions after they beat France on penalties earlier this month.

Fernandez plays his club football at Benfica, who are now receiving many enquiries about the Argentine’s availability.

He has a release clause of £105 million and Chelsea have been claimed to be ready to trigger it to bring him to Stamford Bridge next month.

Chelsea officials have been in touch with Benfica officials and super-agent Jorge Mendes over a transfer amid reported interest from Manchester United and Liverpool.

Benfica want to keep hold of Fernandez until the end of the season and believe they can secure an €80 million fee in the summer.

If Chelsea trigger the release clause, which they would have to pay it all upfront, Benfica would have no choice but to reluctantly allow a deal to go ahead.

Fernandez is returned to Benfica this week ahead of their match against Braga on Friday night.

He was asked about his future in Portugal and insists his focus remains on Benfica and the game this weekend.

While speaking to a crowd in the city of San Martin, Argentina, as quoted by Globo on Boxing Day, Fernandez said: “I don’t know anything about that. It’s up to my agent, I don’t want to get involved.

“I’m focused on Benfica, in a few days we have an important game. I have a flight at night to play in the game on Friday.”