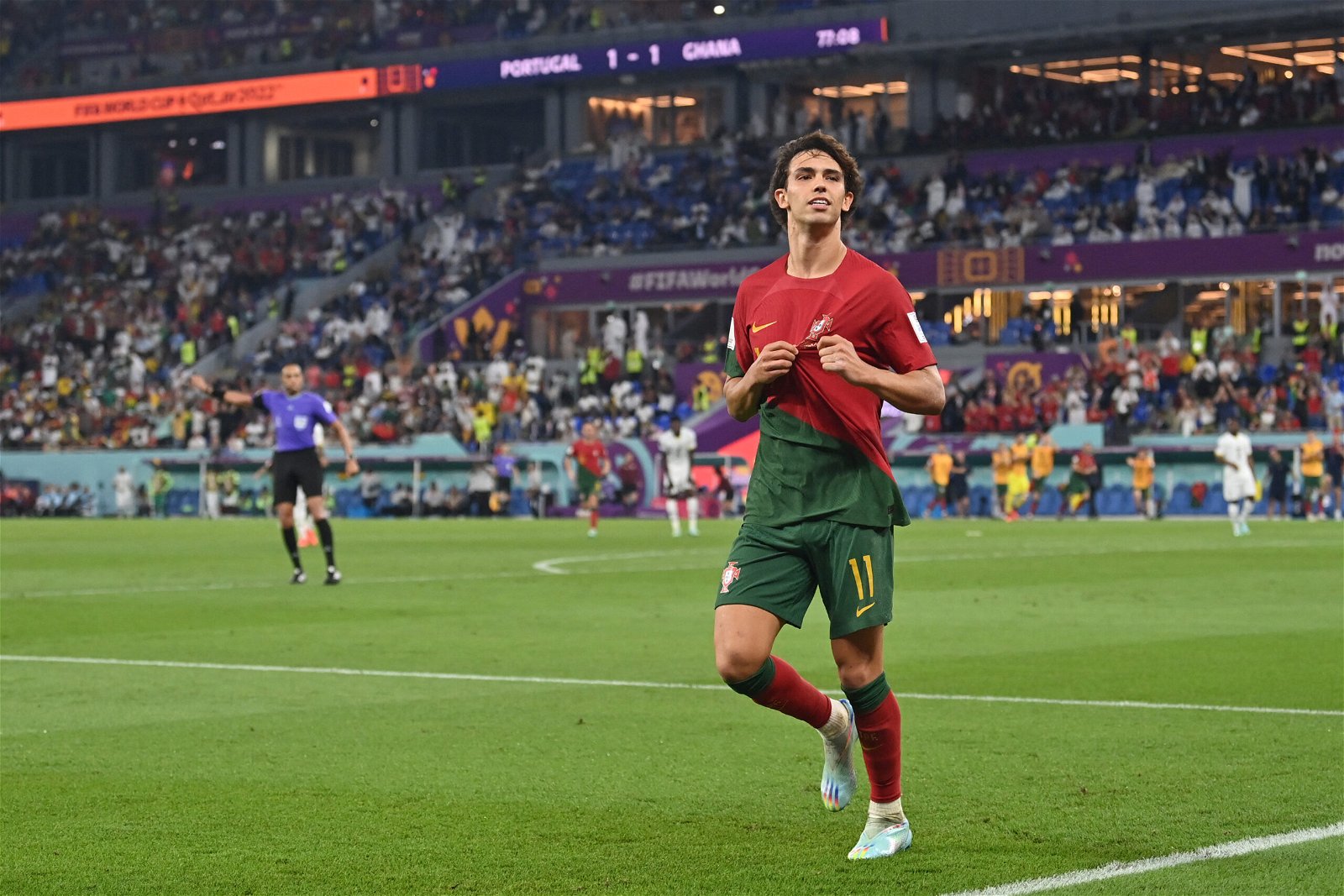 Graham Potter has spoken for the first time on Chelsea’s new arrival Joao Felix after his loan move until the end of the season was confirmed.

The 23-year-old has joined Chelsea for the rest of the season, with no option to buy included, and Felix will wear the number 11 shirt for the Blues.

Felix expressed his delight at his arrival at Stamford Bridge, admitting: “Chelsea is one of the great teams in the world and I hope to help the team reach their objectives, so I am very, very happy to be here and very excited to play at Stamford Bridge.”

He delivered a message to Chelsea fans over what they can expect from him, adding: “I’m a player who wants to have the ball and play with happiness. I’m really excited and it’s a dream come true.”

Chelsea have paid Atletico Madrid a fee of around £9.7 million for his services and he will slot straight into training this week ahead of their Premier League London derbies against Fulham and Crystal Palace.

Potter was asked about the Portugal international, who will bolster their attacking options following multiple injuries, in his pre-match press conference for their match at Craven Cottage versus Fulham on Thursday.

“He is a quality player, can make a difference in the final third,” said Potter. “Young, but a lot of experience. A quality player who gives everyone a lift. We’ve been aware of it for a while (transfer), injuries maybe have sharpened the focus.

“Nice to get him training today, we are still waiting on confirmation (of registration) for him to play (against Fulham).”

The Chelsea head coach added: “He’s been training regularly and had game time, so physically he can go in. There’s a little unknown with the adaptation period, it can be case-by-case. I see a confident player, who can impose himself, make the difference in the final third.

“He is a nice addition and I’m really looking forward to working with him.”