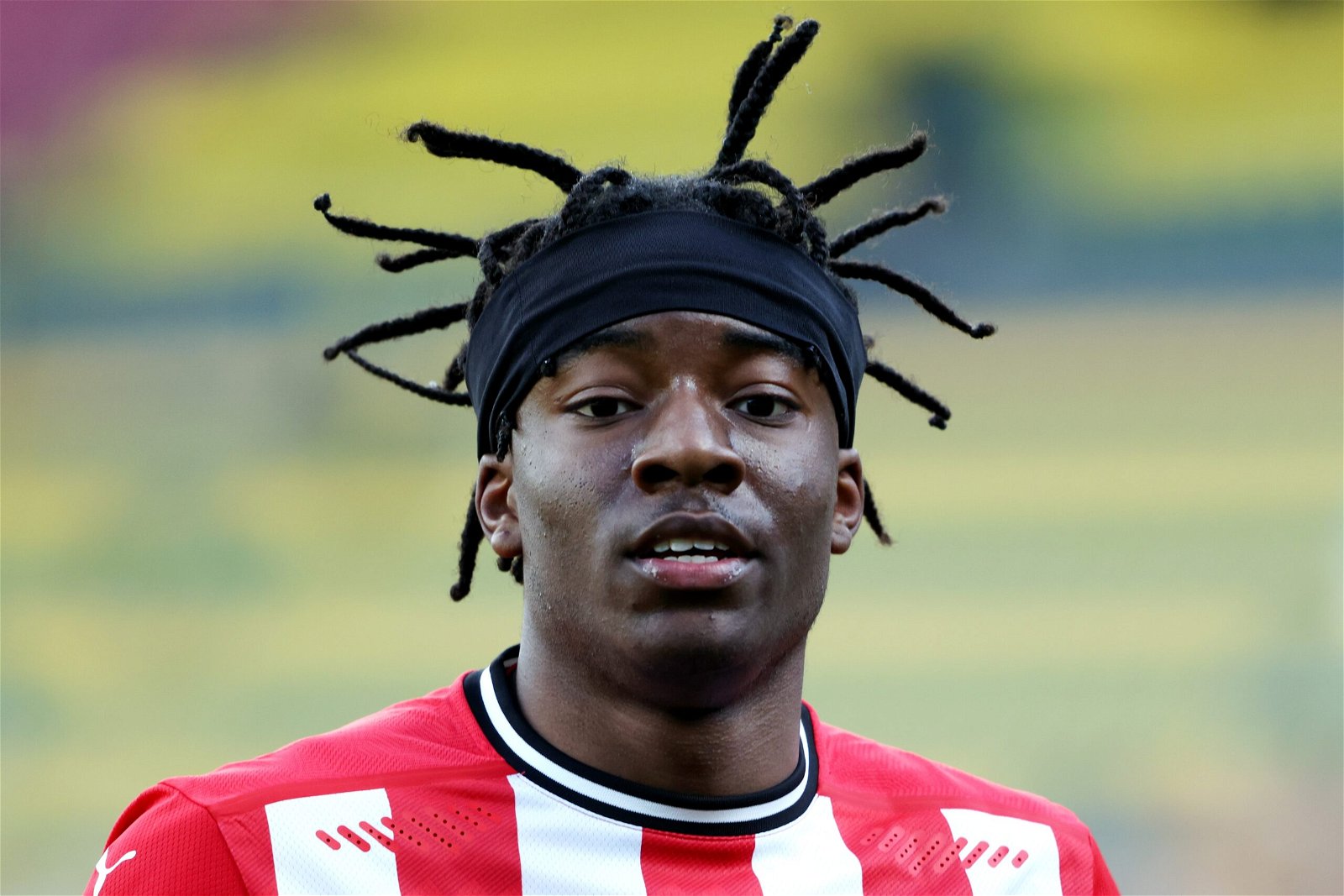 Noni Madueke has spoken for the first time since his January switch to Chelsea from PSV Eindhoven was confirmed.

After the clubs agreed a fee of around £35 million, Madueke flew to London to undergo his medical before putting pen to paper on a seven-and-a-half-year contract at Stamford Bridge, which also has a club option for a further year.

He has left PSV having made 79 appearances in all competitions, scoring 20 goals and contributing 14 assists.

Chelsea have added Madueke to their ranks to bolster the attack which is currently suffering from a whole host of injuries.

What did Noni Madueke say after joining Chelsea?

Speaking to the official Chelsea website, the 20-year-old said: “I’m really pleased to sign with one of the best clubs in the world in Chelsea.

“I like to get the ball and be exciting, take players on, beat players, create a lot and score.

“Best league in the world, best teams, best players. I am absolutely buzzing to be a blue.”

“I started off as a central midfielder and then transitioned to right wing, maybe when I was 16/17.

“I hope so, hopefully, that’s the plan.”

“That’s difficult. I’d probably have to say Eden Hazard. Just get you off your seat type of player, so exciting in terms of the flair and being able to take people off their seats, and create. There’s definitely similarities, but I hope to be as good as him one day.”

Why he joined Chelsea

“My hometown is London. Chelsea is the best club in London, isn’t it? So, that one is pretty obvious.

“It’s really exciting, a lot of young players, a lot of talented players, hungry. I’m blessed to be part of the project and hopefully very soon we’ll start reaping the rewards of it.”

“For sure, hopefully have something cooking.”