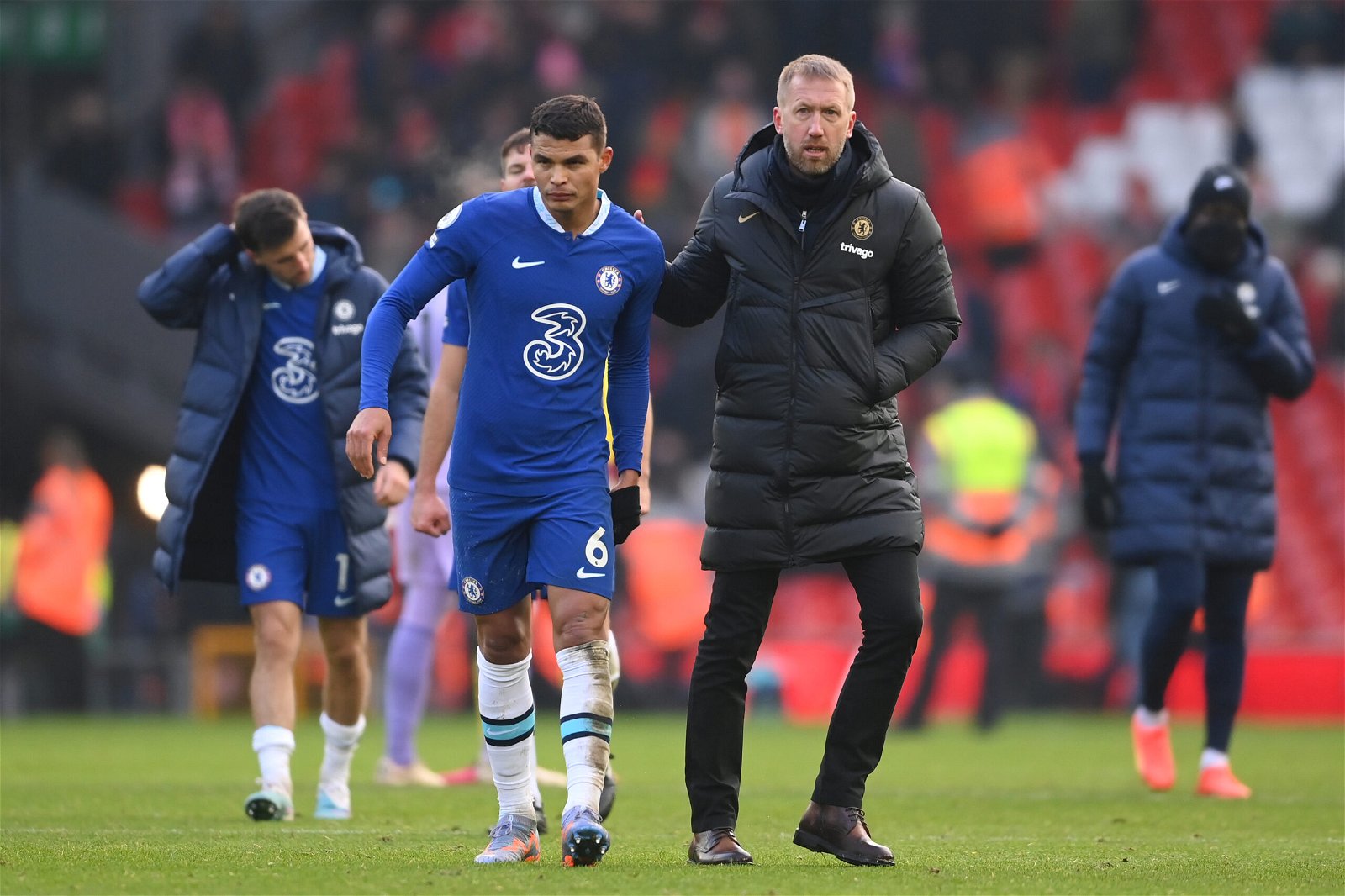 Graham Potter has given his backing to Chelsea’s decision to prepare a new contract offer for defender Thiago Silva.

The 38-year-old is set to be handed a new deal by Chelsea to take him into his fourth season at the club after arriving on a free transfer from PSG in the summer of 2020.

Chelsea‘s new owners and Potter are keen on keeping the Brazil international having been impressed by his attitude and quality, as well as him being the ‘perfect role model’ to players on and off the pitch.

As revealed by The Times, Silva is open to staying at Chelsea this summer with his family enjoying life in the capital after their switch from Paris in France.

Chelsea will hope to tie Silva down to a new deal as soon as possible, but it appears the veteran will play in a Blue shirt as he turns 39 in September.

Silva has been publicly lauded by his manager, Potter, and fellow teammates throughout his time at Chelsea, which has seen him win the Champions League, Super Cup and Club World Cup.

Potter hailed the defender for his intelligence, leadership and quality which suggests the 47-year-old supports the decision to extend in west London.

Following the 0-0 draw against Liverpool on Saturday in the Premier League, Potter said: “He’s got a football brain that is pretty much above everybody. He understands the game and he’s played for so long at the highest level. The players he’s played with, the players he’s played against, his references are so strong that he can help the team and individuals.

“He’s got Benoit (Badiashile) next to him, just his second game in the Premier League, and I’m sure he benefits from playing alongside Thiago. Everyone benefits from him.

“He is a leader on the pitch, leader off the pitch, a really important player.”

Badiashile has been full of praise for his new teammate after arriving from AS Monaco this month. He told talkSPORT: “First and foremost, it’s a real honour to play alongside him.

“And do you know what? For a young player like me, he’s someone that makes things easy.

“Any of the advice that he gives me is always welcome, he’s advised me not only when we’ve been playing – he’s spoken to me during the game.

“But also before the game and in training as well. So he’s someone that you can only learn alongside.

“And as I say, it’s an absolute honour to line up alongside him.”