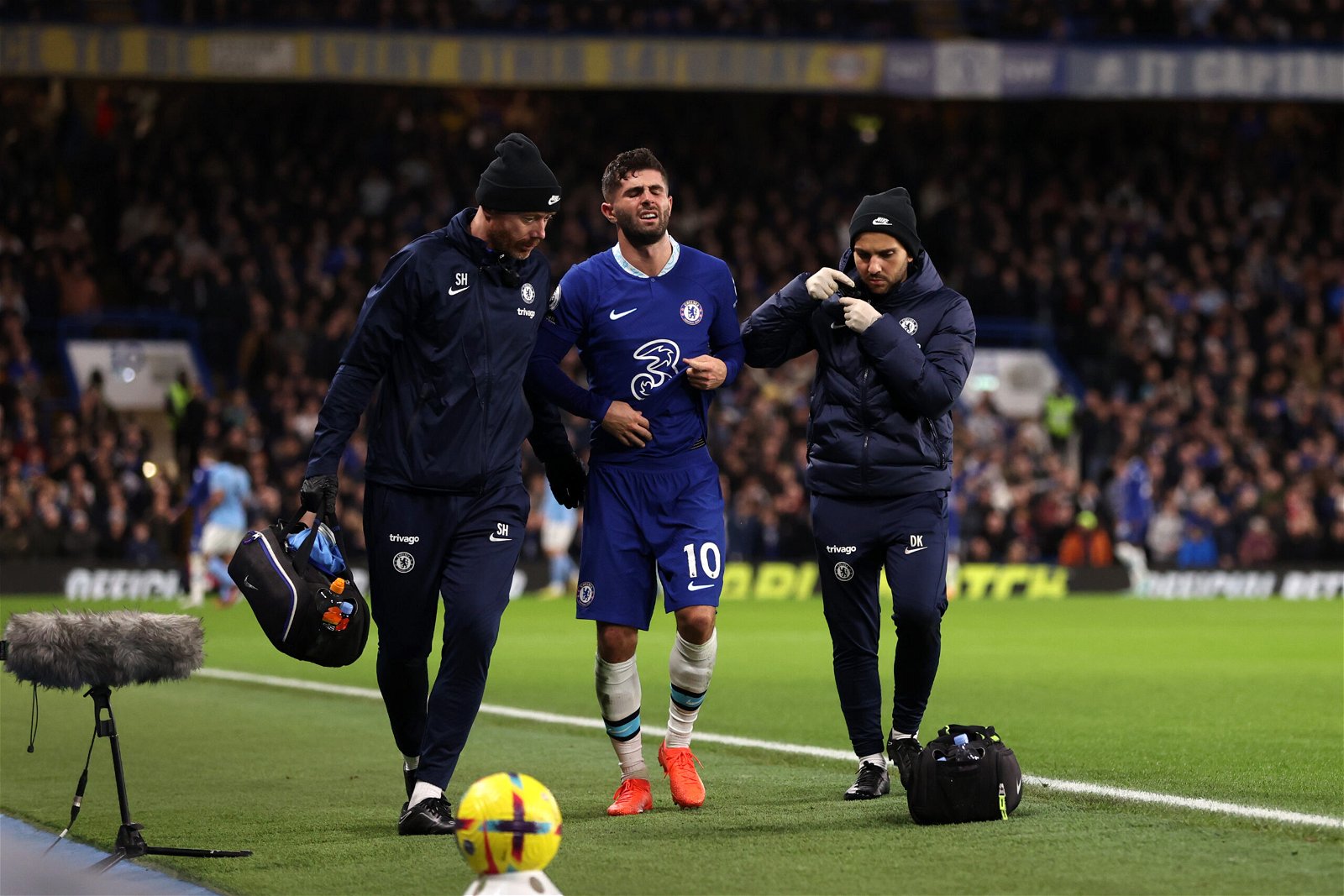 Graham Potter’s rotten luck with injuries continued after Chelsea’s 1-0 loss against Manchester City on Thursday evening as both Raheem Sterling and Christian Pulisic were forced off in the first-half.

The Blues produced a valiant effort against the Premier League champions on the night but fell to defeat after Riyad Mahrez scored the only goal of the game at Stamford Bridge.

However, within the opening 20 minutes of the game, Sterling and Pulisic had to be replaced due to injury. Mason Mount also missed the encounter after receiving a knock in training on Wednesday.

Those three join a long list of absentees, including Reece James and Wesley Fofana, for Potter as Chelsea struggle to find their form.

“It’s tough at the moment I must admit, I feel for the boys,” said Potter on Sky Sports after the loss.

“We have to stick together. It’s disappointing to lose those guys but the players on the pitch, those that came in gave everything and that’s all you can ask for.”

It’s been difficult for The Blues manager since taking over at The Bridge but he stated that they cannot grumble about having so many first-team players out of action.

“We can’t complain about it, we just have to get on with it,” Potter responded when asked about the growing list of injuries.

“The boys on the pitch gave everything and did what we asked them to do and Manchester City don’t give you much.

“When you consider everything, losing Raheem (Sterling) and Christian (Pulisic) so early, the lads gave everything.

“It was a spirited performance against a top team, so apart from the result I’m proud of the players.”

Chelsea are now 10th in the Premier League and have fixtures against Fulham, Crystal Palace and Liverpool coming up later in the month.

Potter’s side will also travel to Manchester for a second game in a row against Pep Guardiola’s side on Sunday in the FA Cup third-round.