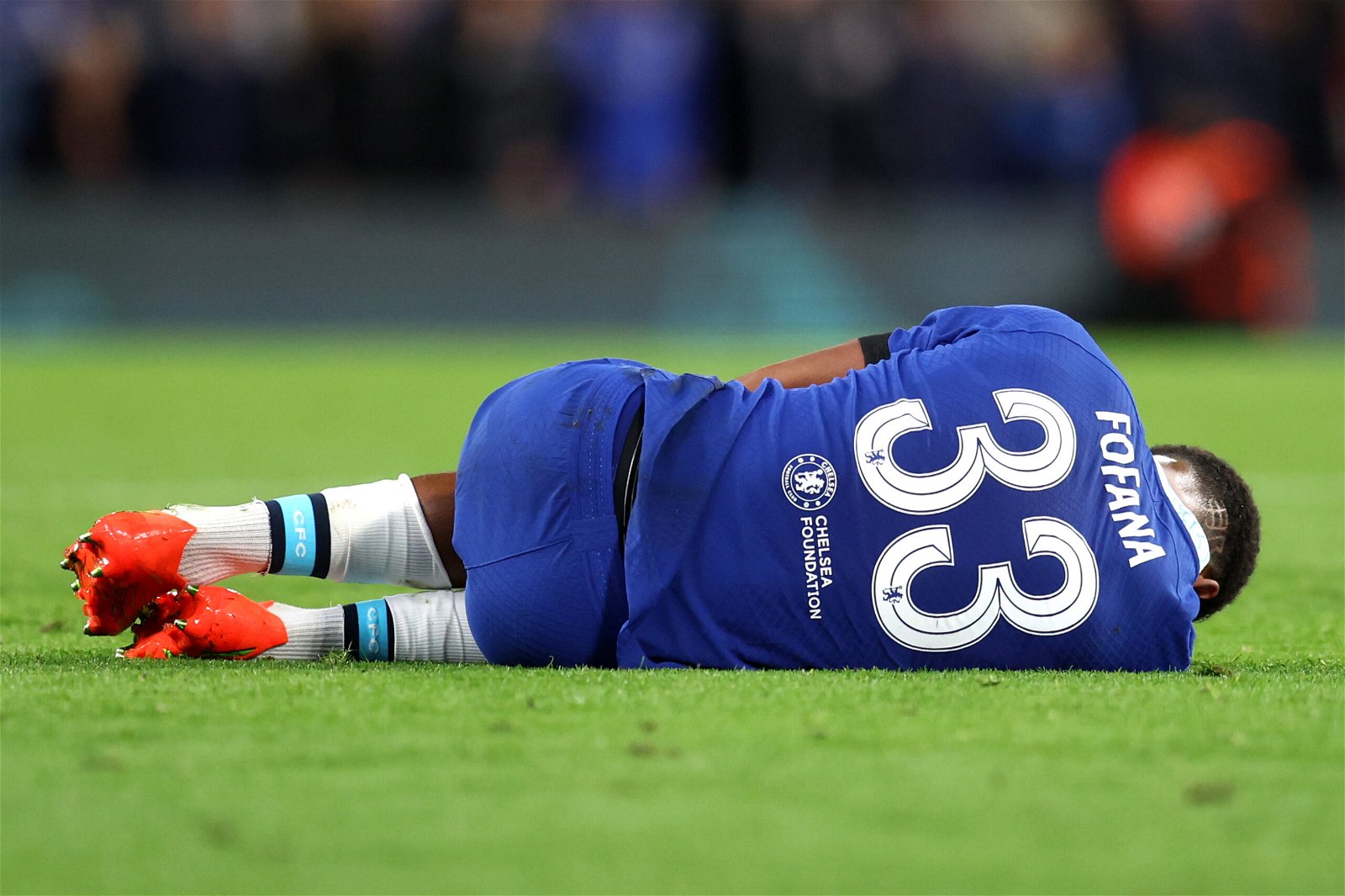 Graham Potter has confirmed Wesley Fofana’s injury setback which will rule him out of Chelsea’s next few matches as he eyes a return next month.

The Blues completed the signing of the French centre-back from Leicester City in the summer for a fee of £75 million.

Putting pen to paper for a seven-year contract at Stamford Bridge, the 22-year-old was one of many Chelsea additions in the transfer window.

Having seen both Antonio Rudiger and Andreas Christensen leave England for Spain on free transfers, the west London outfit bolstered their backline by acquiring Kalidou Koulibaly as well as Fofana.

The start of this season has not gone in the direction Fofana or Chelsea would have hoped though, the defender has only featured four times so far this year.

An unfortunate injury against AC Milan in the Champions League, a game in which the defender scored his first goal for the club in front of a home crowd, has seen him spend a lengthy period on the sidelines.

Fofana was hopeful of travelling to Qatar for the World Cup with France, but those dreams were crushed following the injury.

While Chelsea were coping well without their star summer signing to begin with, things started to fall apart as the World Cup break closed in.

As well as being without Fofana, long-term injuries to Reece James and N’Golo Kante have made the season tricky.

The Blues still remain on a five-game winless run in the Premier League, and Potter will be keen to get his side back on form against Bournemouth on December 27.

But Fofana suffered a setback on his knee during the week in their friendly against Brentford, leaving him out until the New Year.

In his pre-match press conference, Potter delivered an update on Fofana, saying: “Wesley had a little setback which can happen sometimes at the last stage of rehab.

“He will be a couple of weeks and will not be available for the game (vs Bournemouth).”

This is disappointing news for Chelsea fans, who would have been hopeful to have had a nearly full strength squad ready to go for the restart of the Premier League.

While it is important Fofana gets back into the team as soon as possible, it will also be crucial that he is not rushed back in to avoid another potential setback.