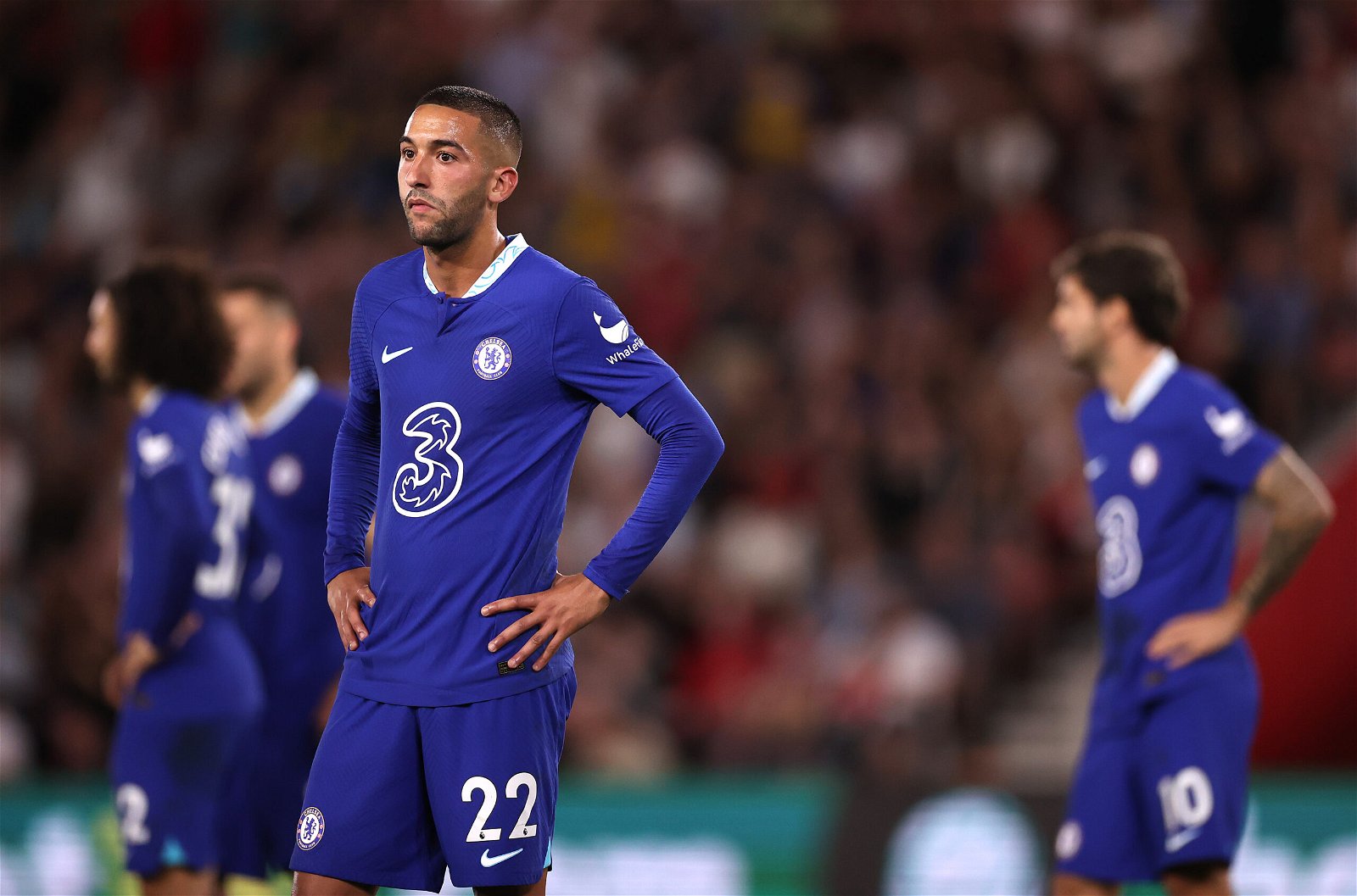 Graham Potter has told Hakim Ziyech to remain patient for his chances at Chelsea after a successful World Cup with Morocco.

The 29-year-old finished fourth at the World Cup in Qatar with Morocco after they were beaten in the third-place play-off against Croatia.

It was a historic tournament for Ziyech and Co, who became the first African side to reach the semi-finals.

Ziyech came into his own at the tournament and played a key part in Morocco’s run to the last four, a story opposite to him time at Chelsea.

He has been an outcast this season under both Thomas Tuchel and now Graham Potter, making just nine appearances in all competitions this term.

The winger has only started once in the Premier League which came at the end of August during the 2-1 defeat to Southampton.

Potter has confirmed Ziyech is yet to return from his time off after the World Cup and won’t be available for selection against AFC Bournemouth.

He was asked about the Moroccan and his response was positive, but insisted there is always a bigger reason as to why players don’t get the game time they sometimes want or believe they deserve.

“We know his qualities, we like him,” Potter told reporters.

“You can speak a lot, there is always players who are not in starting XI and have to be patient.

“Delighted for him to get the game time and help the team.”

Chelsea’s World Cup stars have all returned except from Ziyech and Mateo Kovacic. Potter revealed all of the returning players have ‘come back in a really good way’.

He added: “It’s a bit of a mix when they got knocked out and how much game time they played. They’ve come back in a really good way.

“Still waiting on Hakim and Mateo. They went to the third and fourth place final, so big demand important. Won’t be available for the game.

“Everybody else is back, had a few days training.”