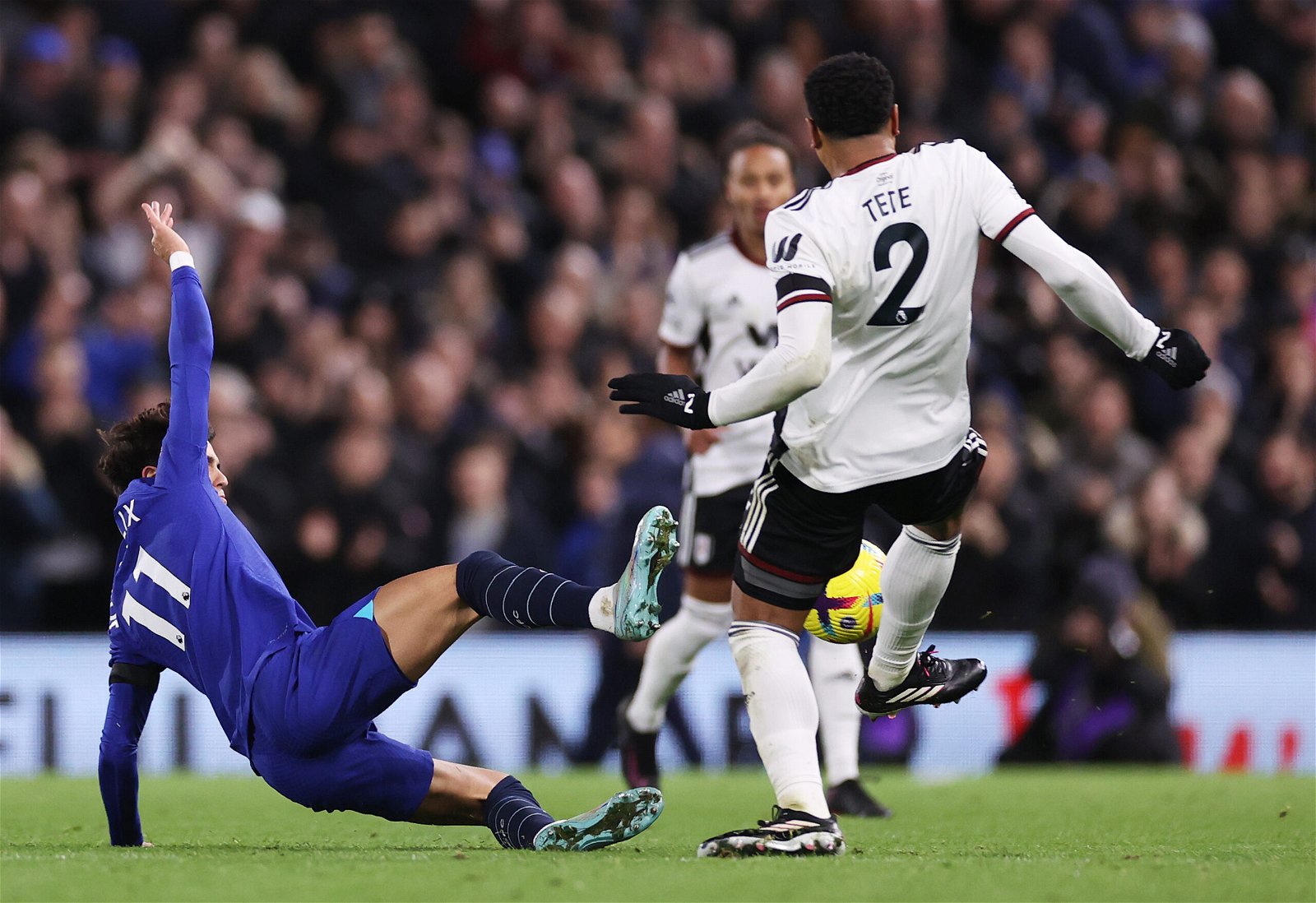 Chelsea boss Graham Potter has jumped to the defence of new Chelsea signing Joao Felix after a red card in his debut.

The Portugal star was eager to impress after being named in the starting XI against Fulham just 30 hours after completing his move to Stamford Bridge.

Willian opened the scoring for Fulham before Kalidou Koulibaly netted an equaliser for Chelsea.

However, despite impressing in the opening hour, Felix lunged in for a challenge and was handed a red card for dangerous play.

This left the Blues up against it, with Denis Zakaria going off injured just moments prior, and Carlos Vinicius netted the goal which saw Chelsea fall to defeat once more.

Potter has jumped to the defence of Felix though, and believes that the 23-year-old showed his quality before his dismissal.

Speaking to the press, as quoted by football.london, Potter discussed the sending off and Felix’s performance in general.

“All of them will be learning moments,” he said when asked about the red card. “Joao is a young player, a top player, you could see the quality he brought to the game.

“I didn’t see any malice in the challenge at all. It was a little bit high of course but the referee then has a decision to make.

“He’ll learn from it and like I said, rather than anything fantastic from the opponent it was more our basic actions that we can do better on. That is what we have to improve.”

The forward will now miss three games, as per Premier League rules, after receiving a straight red card on his debut.

This adds another blow to Chelsea, who are already without both Christian Pulisic and Raheem Sterling after the suffered injuries in recent weeks.

Next up for Potter is a home clash against Crystal Palace, with the head coach aware of the pressure surrounding him at Stamford Bridge.

The defeat at Craven Cottage means it is just one win in nine for the Englishman, who will be looking to turn his fortunes around.