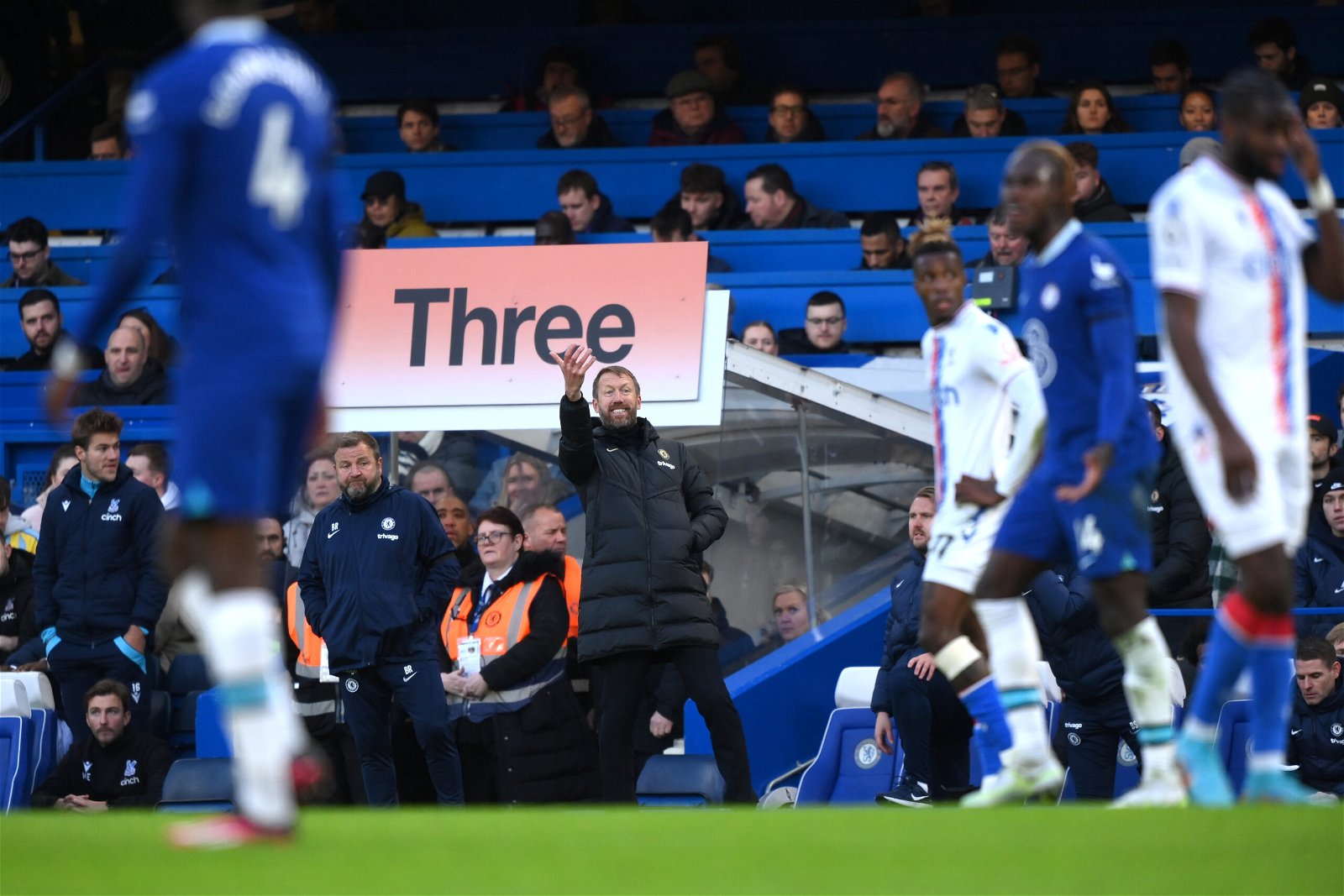 Graham Potter praised his Chelsea side for their 1-0 win over Crystal Palace on a day where the club paid tribute to the late Gianluca Vialli, who passed away earlier this month.

Kai Havertz’s second half header from Hakim Ziyech’s cross was enough to claim all three points which ended their losing streak of three games and secured their first victory of 2023.

It was a resilient display from Chelsea, who are currently injury hit, as they showed their respects to former player and manager, Vialli, before the game with a minute’s applause as banners were unveiled behind each of the goals.

Chelsea went onto win the game, for Vialli, ending a fitting afternoon in the capital to claim London bragging rights over the Eagles.

New signing Mykhailo Mudryk‘s £88 million transfer was announced during the game before being introduced to the fans at Stamford Bridge on the pitch at half time.

Potter was delighted at full-time and reflected on the ’emotional day’ for the hosts.

“It was an emotional day because of the tribute to Gianluca that I thought was very fitting for a man of his quality,” Potter said after the win.

“I thought the crowd were great today, they recognised the moment we’re in and the young players we had. They helped get us over the line.”

The Chelsea head coach also spoke to BBC Sport, adding: “Today we are happy for the three points. Overall we played quite well, they had their moments as well but today was about getting the victory – park it as three valuable points against a team that was pushing as well.

“We try to play well and I thought at times we did, you have to understand the context of the situation we are in so it isn’t going to be sensational football all the time. The boys have worked hard.”

Chelsea now have a full week to prepare for their next game which is away to Liverpool next Saturday at Anfield in the Premier League.