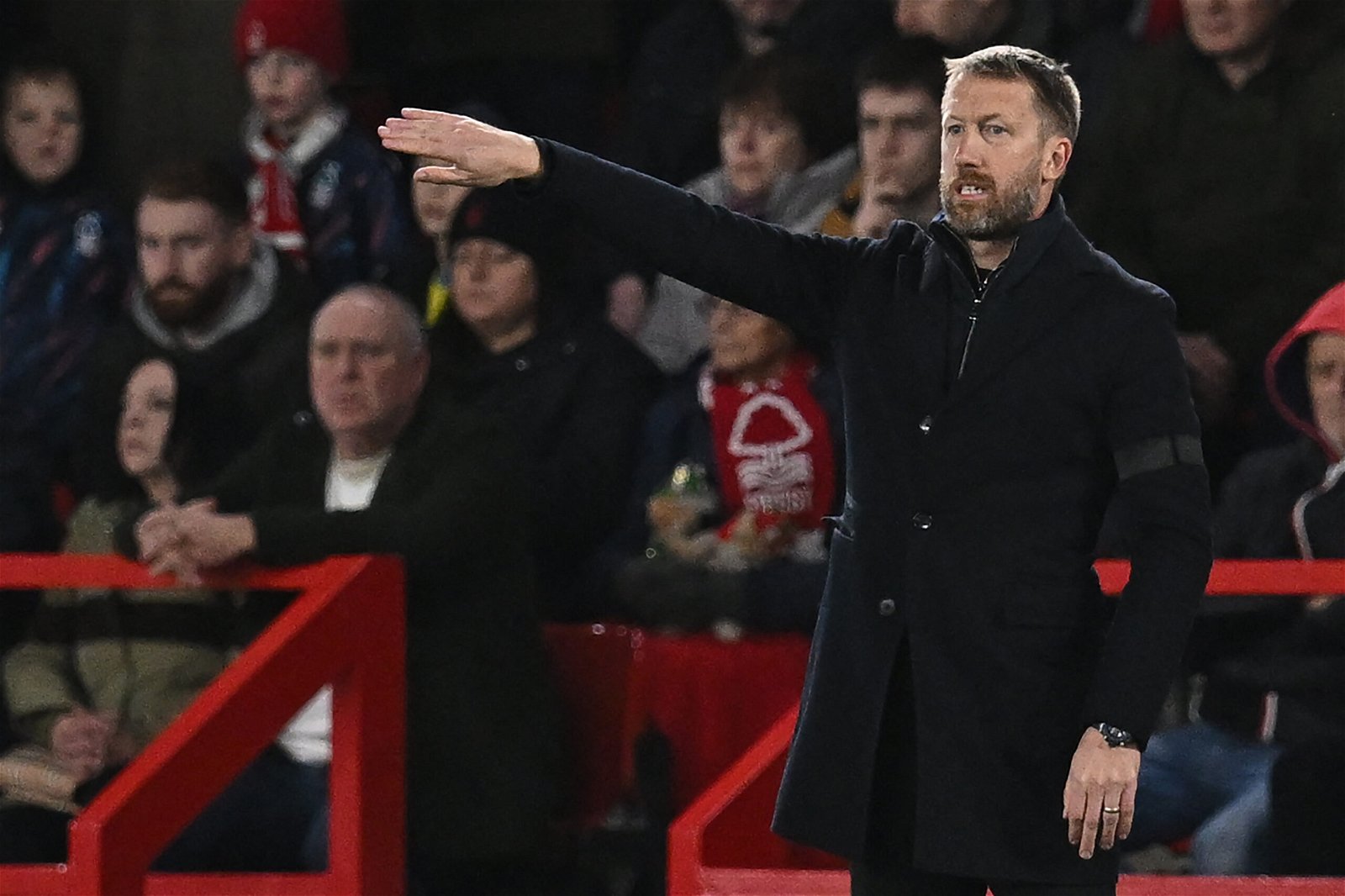 Graham Potter has provided an update on Chelsea’s January transfer business including moves for Benoit Badiashile and Enzo Fernandez.

His Chelsea side were underwhelming as they fell to a 1-1 draw against Nottingham Forest on New Years Day.

Raheem Sterling’s opener was not enough to see the Blues come out victorious, with Serge Aurier netting an equaliser as Forest deservedly took a point away.

But the team Potter named will likely be much different to what he wants his side to look like, with Chelsea heavily linked with additions in the transfer window.

Fernandez has been heavily rumoured to be pushing for a move to Chelsea while Badiashile is reportedly set to join the club in the coming days.

It remains to be seen as to who will make the move to Stamford Bridge, but Potter was asked to provide an update on the pair.

Speaking to Sky Sports, he said: “Until somebody tells me anybody has been signed it’d be unfair of me to comment. No updates, sorry.”

Todd Boehly and co will be keen to get any deals done as soon as possible, with the Blues sitting just in the top half of the Premier League and needing their form to improve if Potter is to have any success this season.

Up next for Chelsea is Manchester City in Premier League action before facing Pep Guardiola’s side in the FA Cup too.

New signing David Datro Fofana was spotted in the stands at the City Ground to support his new teammates as he looks to add much needed fire power to Potter’s front line.