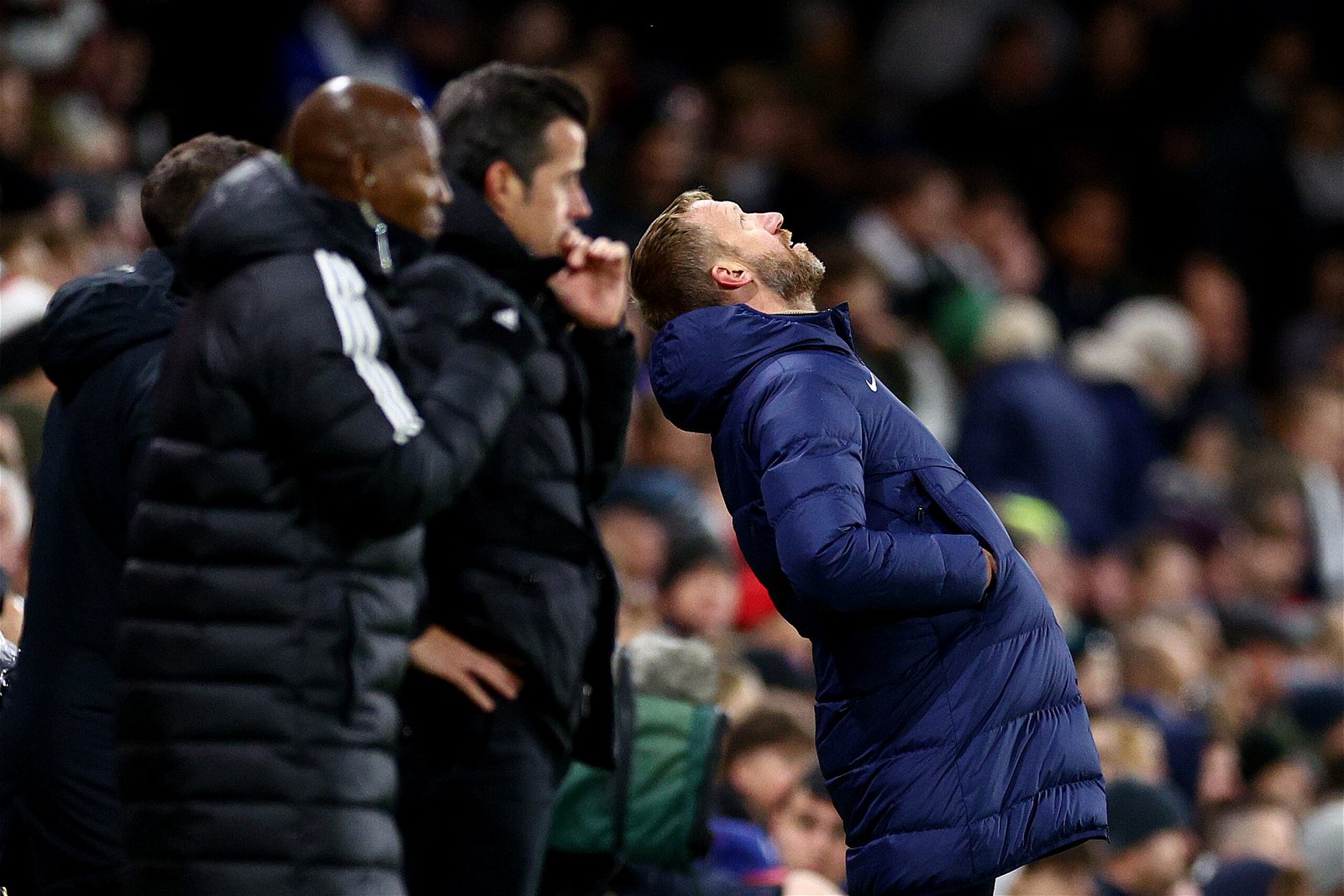 The Chelsea boss has given his verdict following the Blues’ 2-1 defeat to Fulham in the Premier League on Thursday evening at Craven Cottage.

Further points were dropped by Chelsea as they took on the Cottagers in a west London derby and continued their torrid form.

Early on in the match, seven-year servant at Stamford Bridge, Willian, saw his strike deflect off of Trevoh Chalobah and find the back of the net.

Kalidou Koulibaly did manage to level the game for the Blues, but the visitors joy was short-lived as debutant Joao Felix put in a dangerous high tackle on Kenny Tete that saw him get sent off.

Chelsea tried to hold out and come away with at least a point, but it was to no avail, Carlos Vinicius headed home from an Andreas Periera delivery which ended up being enough to guide the hosts to all three points.

It was another dismal display from Potter’s men, who find themselves sitting in tenth position after a total of 18 games have been played.

In their last nine in the league, Chelsea have only won once and with this loss they have now matched their wins and losses totals for the season.

The pressure is mounting on the players but particularly on the head coach.

Despite only arriving in September, questions are already surrounding Potter’s future, at full-time he spoke about the loss and the team’s performance.

He said: “We started well and we had a good chance early on. I felt we were in decent control of the game. We won the ball high up, created some decent opportunities but maybe missed the last pass.

“A couple of mistakes led to their goal and we had to dig in. We responded well in the second half but the red card changed the game and made it more difficult for us.”

He continued: “The application when we went down to 10 was good but we’re disappointed with the goal. That is what has cost us. Really disappointed to lose.”

Chelsea have a lot to think about, despite the injury issues and rotten luck, the performances as of late have been unacceptable, there has been a lack of passion and desire bar a couple of individuals.

With a game to come on Sunday against Crystal Palace, the Blues require a vastly improved display and it is crucial they pick up a positive result in front of the home crowd at Stamford Bridge.