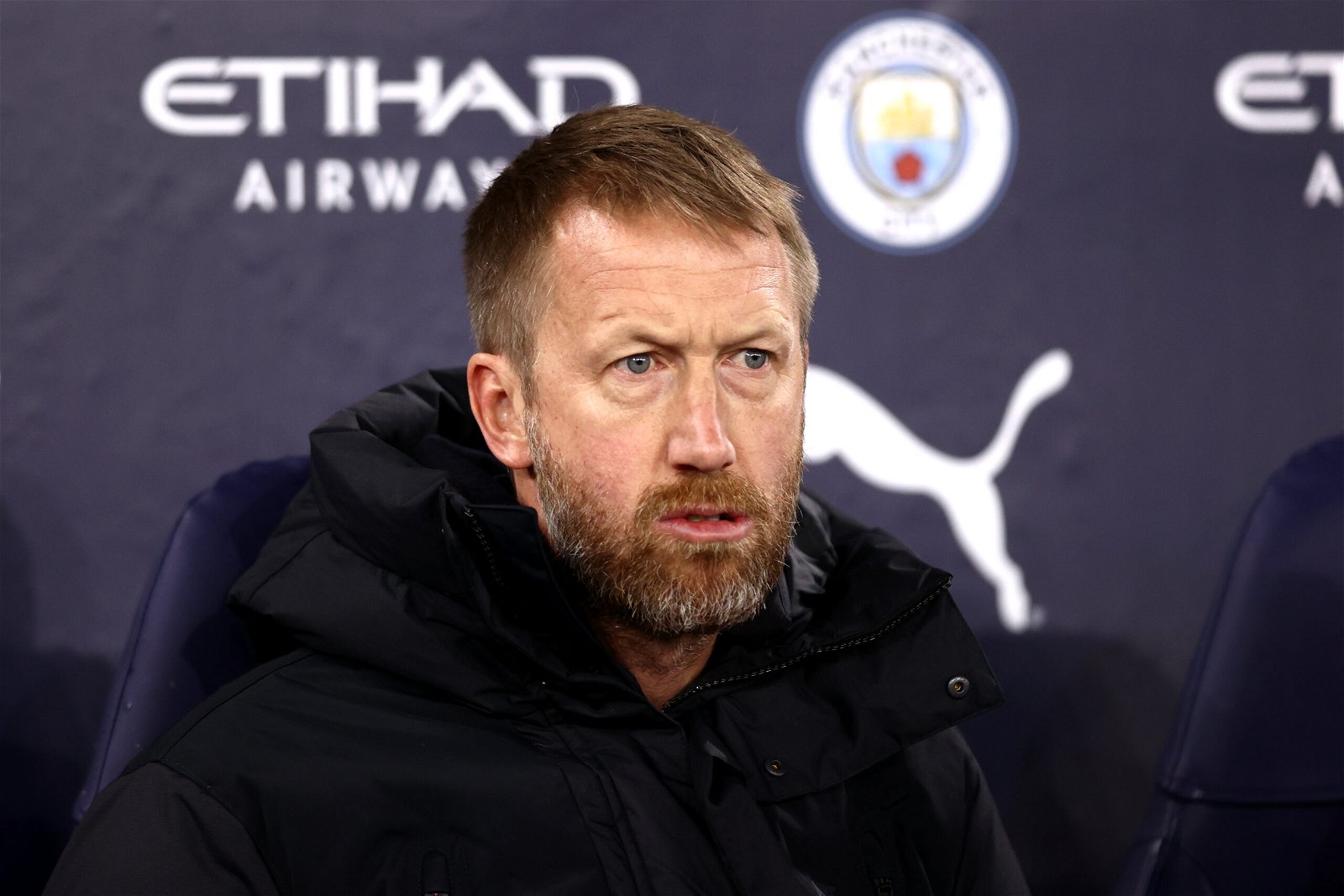 Graham Potter has provided an honest verdict on Chelsea’s FA Cup exit at the hands of Manchester City.

The Blues were embarrassed by the riches of the Citizens, with a 4-0 defeat adding pressure on Potter.

Riyad Mahrez netted the first of the game, putting the hosts ahead with a free-kick before Kai Havertz was penalised for a handball and conceded a penalty.

Julian Alvarez stepped up just three weeks after lifting the World Cup and made it 2-0 despite Kepa Arrizabalaga getting a hand to the strike.

Phil Foden added a third before half-time and Mahrez netted his seconds with just five minutes remaining of the match to come out victors at the Etihad.

The defeat sees Chelsea out of the FA Cup, with their poor form in the Premier League seeing Potter increasingly under pressure.

The head coach has now delivered his honest verdict on the defeat at the Etihad.

Speaking to the press, as quoted by Adam Newson, he said: “I thought we were second best to a very good side. Obviously, we’re not in a great moment ourselves and even though it was a cagey first 20 minutes we couldn’t attack the backline well enough or attack as well as we’d like.

“Manchester City did really well in terms of stopping us do that but at the same time, we struggled. It’s a fantastic first goal in terms of a strike from a free-kick and then there was the strange penalty and it’s then 2-0.

“We the had to chase the ball against Man City and we were caught between trying to commit more men forward and not being opened up. The first half was painful and tough for us all.

“The second half we had to respond and I thought there were some positives there in terms of the young players. I thought they gave everything and showed their quality. But in the end we’re disappointed because we’ve gone out of the competition.”

The head coach finalised by congratulating Guardiola’s side and reiterating Chelsea’s disappointment.

“Congratulations Man City, they deserved to win of course,” he finalised. “We’re disappointed because we’ve gone out.”