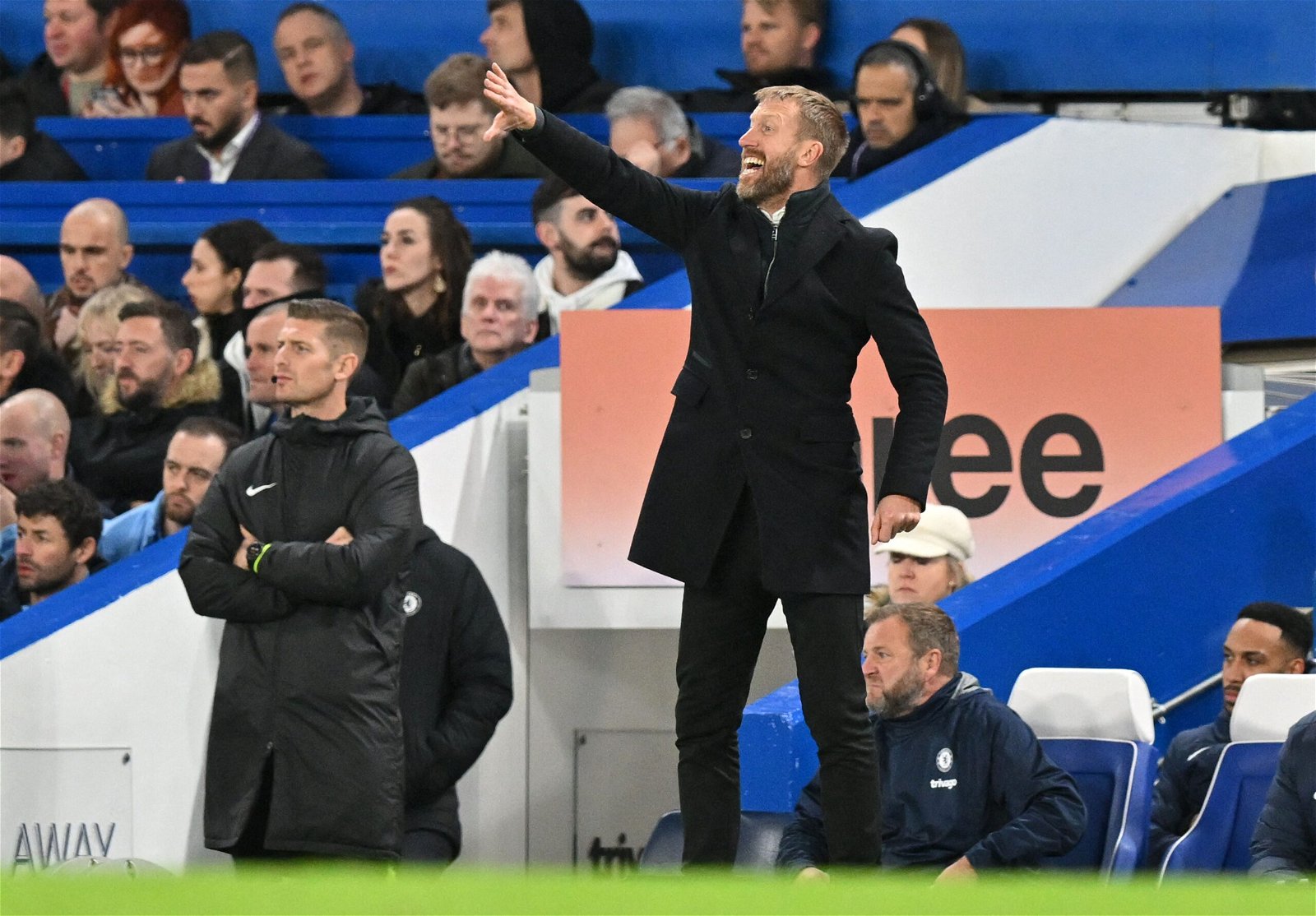 Chelsea boss Graham Potter has delivered his verdict on his side’s defeat to Manchester City on Thursday night.

The Blues suffered a setback before the match as Mason Mount picked up a knock and was ruled out of the clash.

Then, just moments into the game, Raheem Sterling was replaced through injury and just 20 minutes in, Christian Pulisic was forced off.

Despite the setbacks, Chelsea looked good and dominated the majority of the first half before substitute Carney Chukwuemeka struck the post.

However, it was not meant to be as Riyad Mahrez netted the winner for Man City and Potter’s side fell to defeat.

Speaking to the press after the match, the Blues boss admitted that he was delighted with the performance of his side despite defeat.

“When you consider everything losing Raheem and Christian so early, the lads gave everything,” he said. “It was a spirited performance against a top team, so apart from the result I’m proud of the players.”

Potter continued to reveal the reason he believed cost his side a point in the match.

He continued: “I thought we committed too many men too high to press them and that opened us up and then you have to credit their quality.

“In any goal you feel you can do a little bit better but you have to credit Man City.”

Chelsea have the opportunity to get their revenge on the Citizens when they face off against Guaridola’s side at the Etihad in the FA Cup this weekend.