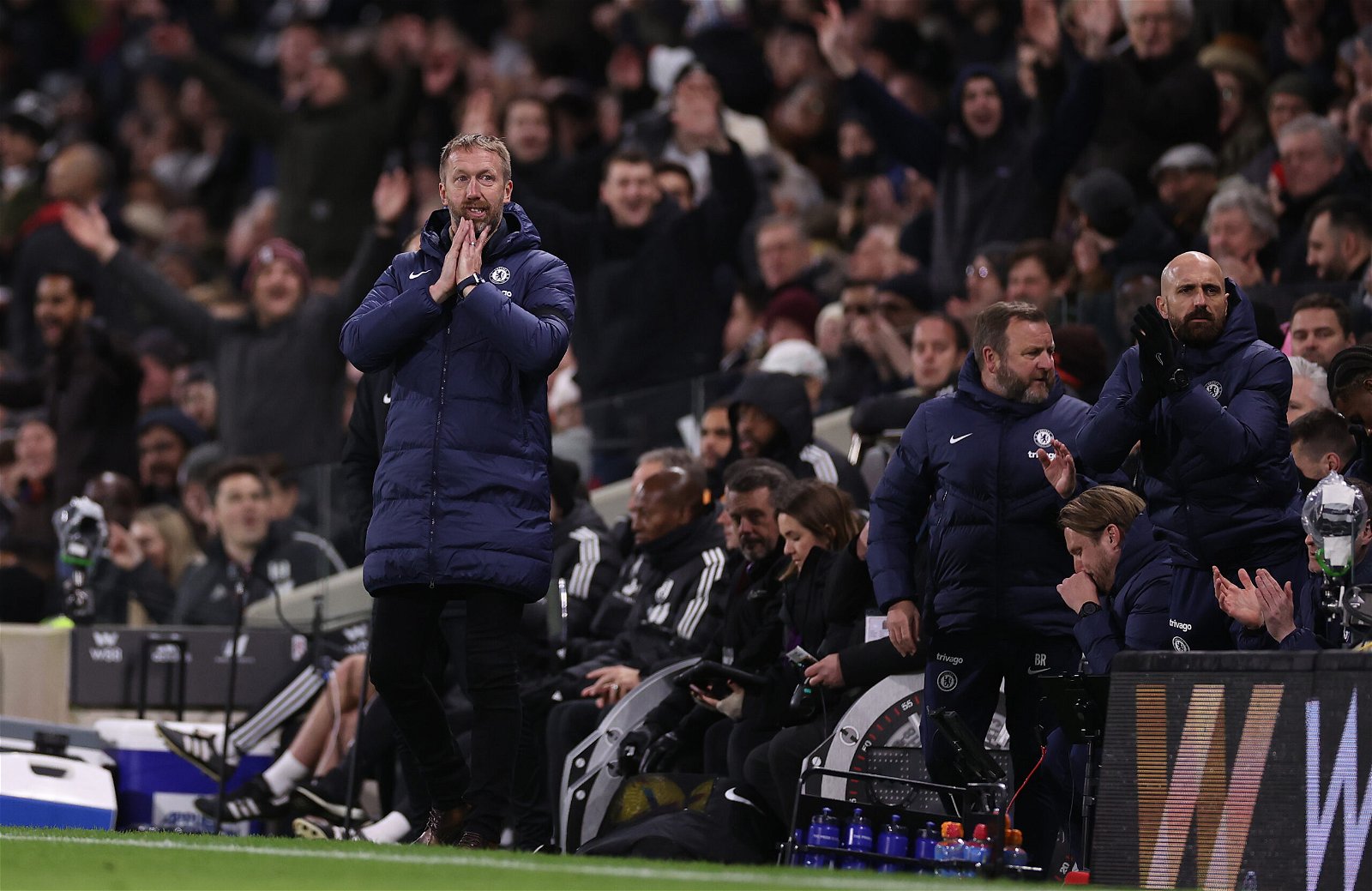 Chelsea have yet to move from their strong stance of keeping Graham Potter as the club’s head coach which is the correct decision for now.

The 47-year-old described his job as the ‘hardest job in football’ prior to the 2-1 loss to Fulham due to the circumstances he joined Chelsea in last September after replacing Thomas Tuchel as the Todd Boehly-Clearlake Capital ownership opted for a change in head coach.

Following an unbeaten start at Chelsea, it’s been downhill ever since the end of October when Chelsea were thumped 4-1 by his former side Brighton & Hove Albion. Including the defeat at the Amex, Potter’s side have won just two games from 11 matches in all competitions.

After beating Bournemouth 2-0 on December 27 it looked like Chelsea may have turned the page after the World Cup break, but normal order restored to kick off the New Year and they haven’t won since. Three defeats in a row followed after the draw against Nottingham Forest and the club is in a state of crisis while sitting 10th in the Premier League.

Last Sunday against Man City in the FA Cup was an embarrassing evening for the Blues in Manchester. A 4-0 defeat rang alarm bells but the ownership weren’t moved and continued to offer their support to Potter, who has been dealt problem after problem during the ‘massive transition period’ at Stamford Bridge.

Injuries have, again, plagued Chelsea. 10 players are currently out after Denis Zakaria joined the list on Thursday night when he went down with a quadricep problem.

The defeat to Fulham, who won their fourth league game on a row on Thursday, saw ugly scenes at half-time and highlighted how much fixing and repairing is required at Chelsea before the rebuild can get into full flow.

Hakim Ziyech and summer signing Marc Cucurella were booed when they were brought on in the second half, and they along with Kai Havertz walked straight down the tunnel at full-time ignoring the travelling fans causing friction between the relationship of the players and fans.

“Yes, but I can also understand they are frustrated because we’ve lost,” responded Potter, as quoted by football.london, when asked if he felt he still had the support of the fans. “That is normal. I made sure I went over and clapped them because you appreciate the support. It’s not easy.

“We’re suffering and they are suffering. So we feel for them and feel their disappointment. I think it’s important we stick together and try to get through this tough period, because it really is a tough period.”

Opinions are starting to become split over whether or not Potter should be the man to lead Chelsea forward but, ultimately, the decision is down to Todd Boehly, Behdad Eghbali and the rest of the hierarchy.

The club needs stability and an exodus of players. Sacking another manager, which would be the owners second since they arrive last May, would rock the boat once again and not affect matters a great deal, although there is still room for improvement from Potter to get much more, than he is currently doing so, out of the players.

Many of the current squad won’t be at the club next season. Chants of ‘you’re not fit to wear the shirt’ were heard loud and clear on Thursday which, again, emphasise the disconnect of the whole club. Joao Felix, who only arrived at the club on Wednesday on loan and sent off on debut, was Chelsea’s best player on the night. That summarises the playing problem.

Potter was handed a five-year contract and he’s still safe, and rightly so, with The Telegraph reporting that sources are again insisting that his future had not even been a topic of discussion following the defeat by Fulham.

The current situation will test Boehly and Co but they need to ensure they don’t listen to the outside noise and trust in what they started. Everyone needs to do better, that’s not in doubt, but the manager shouldn’t be going anywhere.