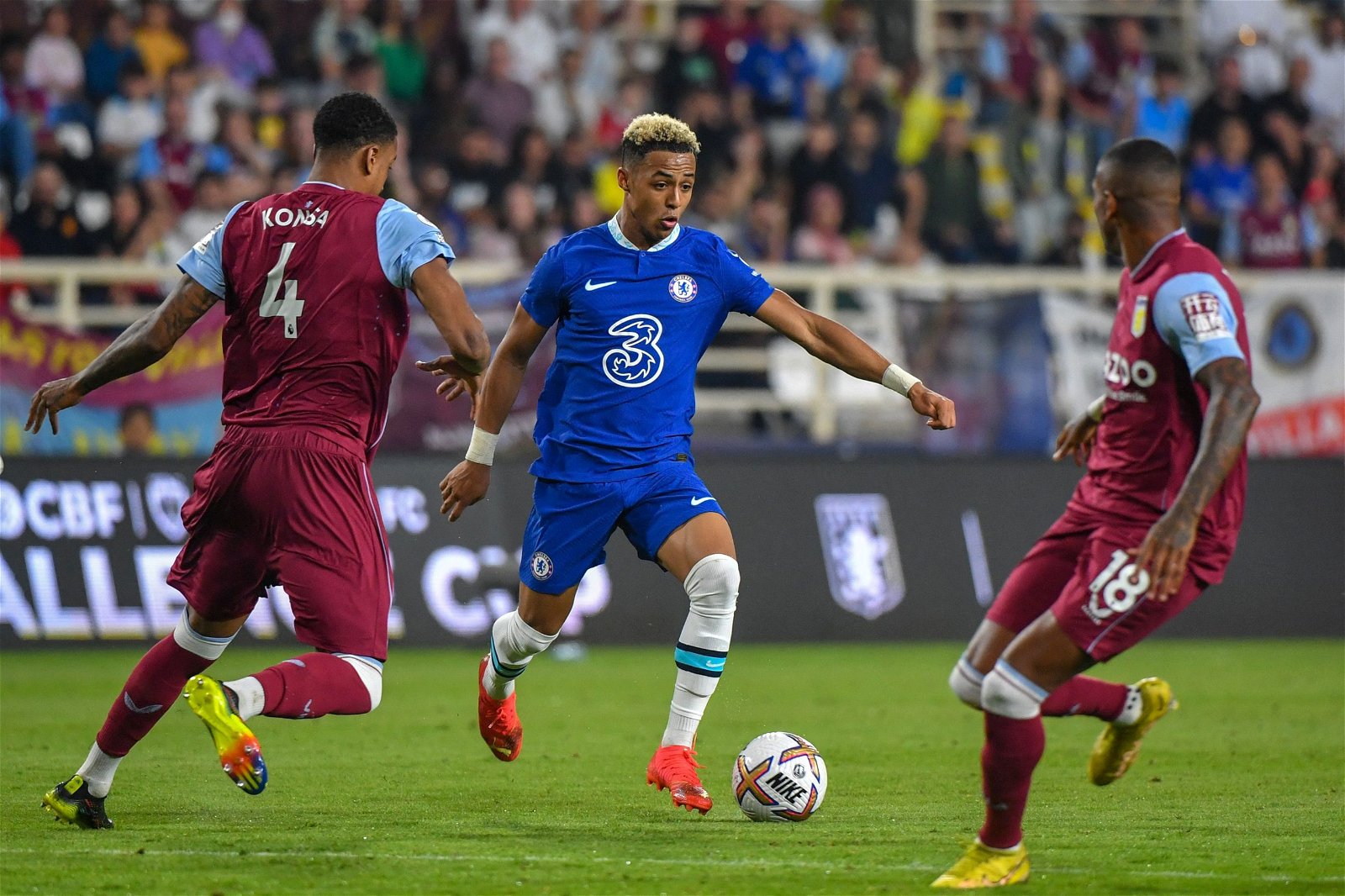 Omari Hutchinson is ready to repay the faith Graham Potter has shown in him as he eyes a spot in Chelsea’s first-team following ‘freedom’ talks.

The 19-year-old has been with the first-team set up for the last six weeks which has seen Hutchinson make the bench for Chelsea’s Premier League matches against Brighton & Hove Albion and Newcastle United.

Hutchinson was included in the 25-man squad which travelled to Abu Dhabi for warm-weather training last week and he was a standout in their friendly against Aston Villa, albeit Chelsea suffered a 1-0 defeat.

Potter was extremely complimentary of Hutchinson’s performance post-match, admitting: “Really good, really good, dangerous, asked a question all the time. He hit the bar in the first half but throughout the game he showed his quality.

“He wasn’t the only one, it was a spirited performance against an experienced Premier League side with a lot of young players.”

Chelsea have returned to their Cobham training base this week as they prepare to face Brentford in a behind-closed-doors friendly next Tuesday, and Hutchinson remains part of the group.

He is relishing the opportunity under Potter and revealed the talks he has held with the Chelsea head coach during his time with the first-team.

“It’s been a great experience, and getting used to the boys, their culture, and how they are in the building is very good for me and it’s going to benefit me in the long run,” Hutchinson told Chelsea TV following a training session at Cobham.

He added on Potter: “The best really, they’ve given me the freedom on the pitch, tell me to express myself, so all I could ask for really.

“Every day I come into Chelsea I just want to work hard, whether that’s with the 21s or the first team. I just want to benefit myself and just always working.”

Chelsea close in on Christopher Vivell appointment as technical director