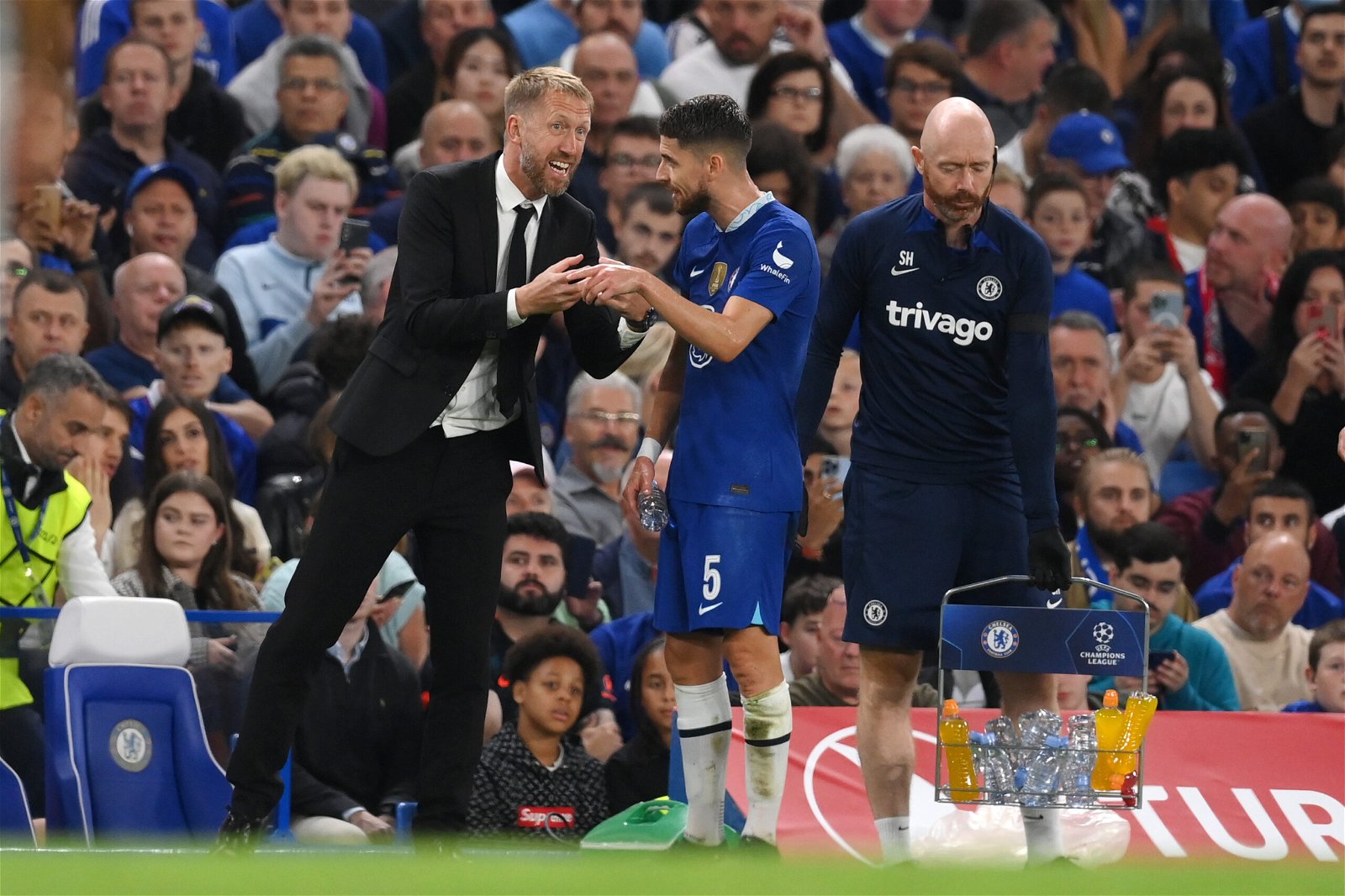 Jorginho has backed Graham Potter to deliver success at Chelsea despite their poor run of form prior to the World Cup break.

Chelsea were unbeaten in Potter’s opening nine games in charge, but following a 4-1 thrashing by his former club Brighton & Hove Albion at the end of October, the Blues have continued to fall down the table.

They are without a win in their previous five Premier League games, losing the last three to Brighton, Arsenal and Newcastle United.

It has seen Chelsea slip to eighth in the league and now they have work to do to chase up the back to get back amongst the top four spots.

Potter has had time to work with the squad over the World Cup break, albeit many players have been away on international duty, which will hopefully have given the chances to adapt to his methods to increase their chances of turning their form around.

But Jorginho backs the new boss, who replaced Thomas Tuchel in September, to succeed in west London and praised his communication and trust with the players.

“He’s very nice, even if from the outside it may seem like he isn’t,” Jorginho told Sky Sport Italia.

“He’s a good person, a hard worker and for me he’s very prepared, he has his own ideas, very clear, and he’s creating this good relationship with the players based on trust and communication.

“I think he’s on the right track to do well.”

Marc Cucurella, who arrived from Brighton in the summer, has also given Potter his backing in public in recent weeks as they near a return to action.

He admitted: “We need to work and understand his ideas and the results will arrive.

Why Jorginho will delay contract talks despite wanting Chelsea extension