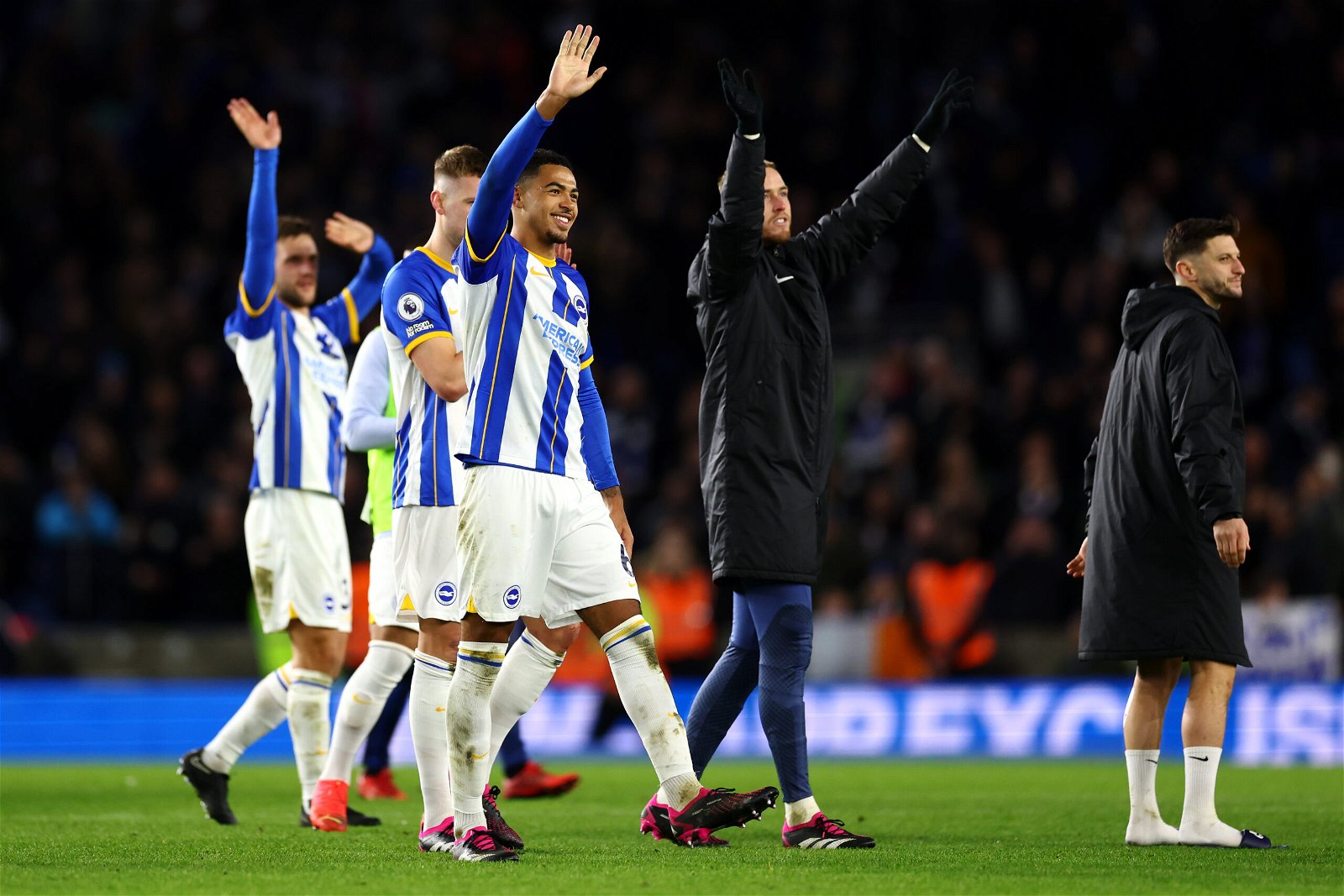 Brighton & Hove Albion have delivered Chelsea a double blow over the fitness of Levi Colwill and future of midfielder Moises Caicedo.

Colwill’s recent performances for Brighton saw him be put under serious consideration by Gareth Southgate to be selected for England duty, as reported by The Athletic, for their Euro 2024 qualifying games against Italy and Ukraine in March.

But Colwill, who was in attendance at Stamford Bridge for Chelsea’s 1-0 win over Crystal Palace last Sunday, has suffered a muscular injury in training which will keep him sidelined.

Roberto De Zerbi confirmed: “We have a muscular problem with Levi Colwill,” he said prior to their Premier League clash against Leicester City.

Now Adam Newson reports the 19-year-old is set to be absent for up to six weeks, all but ending his hopes of an England call-up.

Colwill is inline to receive a new and improved Chelsea contract when he returns to the club at the end of his loan spell.

Meanwhile, Colwill’s Brighton teammate Moises Caicedo is the subject of strong interest from Chelsea this month.

Graham Potter admires the Ecuadorian and a £55 million bid was rejected by the south coast club this week, with Brighton holding out for in excess of £75 million if they are to sell this month.

But De Zerbi hopes the 21-year-old will remain at Brighton when the window closes at the end of the month.

However, he did hint that they are likely to allow him to get a big summer move following heavy interest from top teams.

The Brighton boss added: “Moises is very important for us. I hope he finishes the season with us.

“When big teams want our players, it’s good news. The best solution is he stays with us.”

Chelsea have already made five signings this month and PSV’s Noni Madueke is on the verge of becoming their sixth. He is currently finalising his long-term move to the capital after a £28.5 million fee was agreed.

Whether or not Chelsea make another attempt to sign Caicedo remains unclear. Potter hinted Chelsea would not be too busy once Madueke’s arrival is confirmed.

“I don’t think there will be be too many to be honest,” responded Potter on more additions in January.

“I’ve no complaints about the squad. I’ve said before that the January window is very complex. You might want A, B, and C but maybe they are not available in terms of positional need.

“But at the same time, you’re always looking to strengthen the team. We’ve done that and it’s exciting the players we have. When players are back (from injury) there is a good and exciting squad of players.”