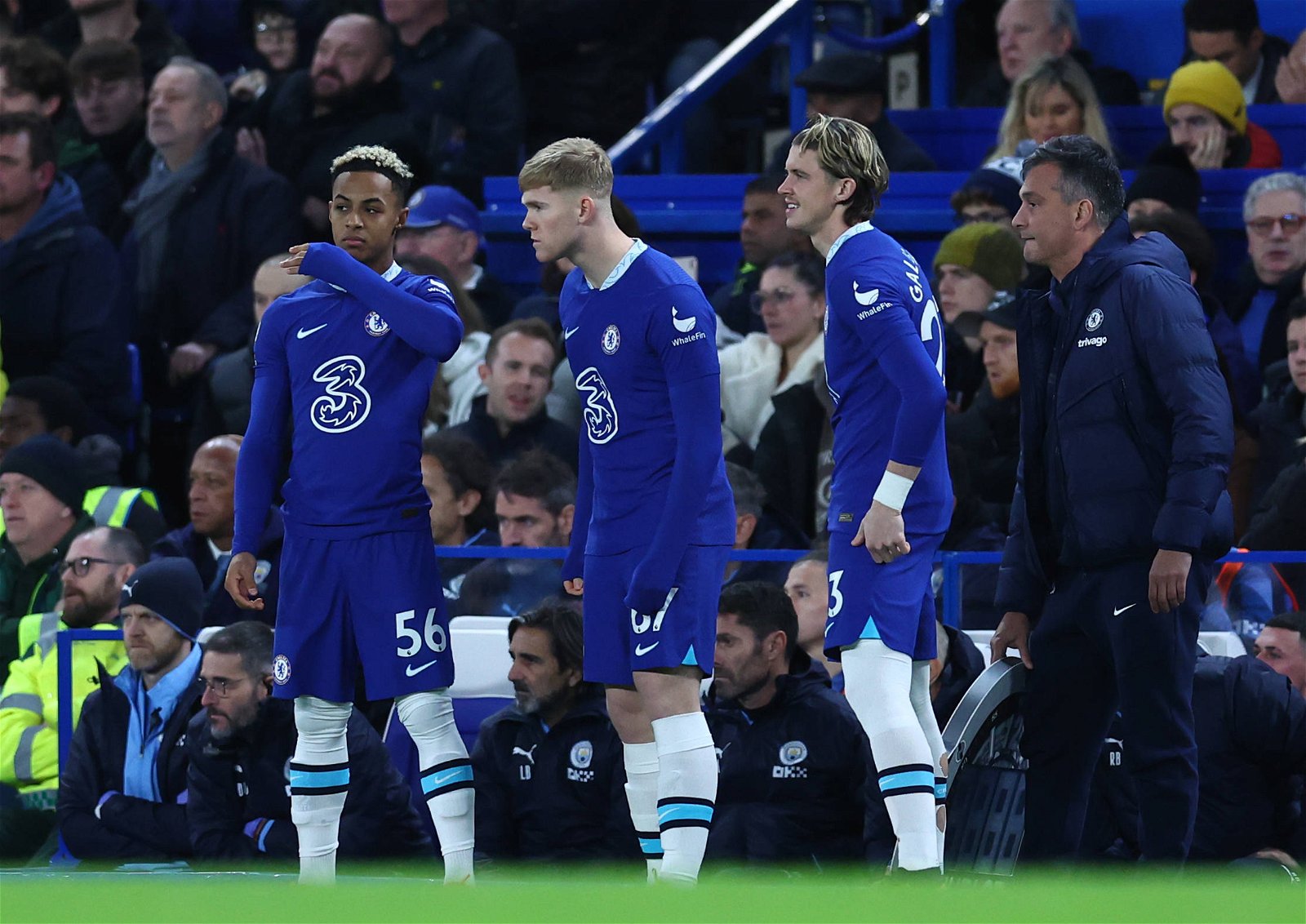 The west London side are going through one of their worst periods in recent years, both before and after the World Cup break Chelsea have struggled to perform and pick up positive results.

Currently, the Blues sit 10th in the Premier League, only mustering one win in their last eight league matches.

Chelsea also crashed out of both the Carabao Cup and FA Cup in just the third round, meaning the only competition they have a chance of silverware from this season is the Champions League.

Stranger things have happened, but at the moment the Blues’ form is not acceptable, there is a lack of fight and desire in the squad, and while injuries have hampered them, they require drastic improvement.

On Sunday, all the problems were highlighted as Chelsea were thumped 4-0 by Pep Guardiola’s side in the FA Cup third round, it was a dismal display from the Blues.

Perhaps the only positive to take from these matches at the moment is that a lot of the youth talent at Chelsea are being handed opportunities in the first team.

While injuries have given them these chances, they haven’t looked out of place in the side, if anything they have offered more than a lot of the regulars.

In the game against Man City, Graham Potter handed full debuts to Bashir Humphreys and Hutchinson, new signing David Datro Fofana also made his first appearance, coming off the bench at half-time.

Hall was also given another opportunity but faced a tough battle against the very talented Riyad Mahrez.

Following the match, both Hall and Hutchinson took to Instagram to share very mature messages that indicate their desire to improve and help Chelsea regain form.

Hall wrote: “We know we aren’t where we need to be but we must stick together during these difficult times. Thank you for the continued support.”

Hutchinson also shared a picture of the young pairing, and with it he simply stated: “Must improve.”

Chelsea will be looking for an improved performance in their next game as they travel down the road to take on Fulham at Craven Cottage.

It will be interesting to see whether Potter opts to once again lean upon the youth and if they will continue to play an important role.